As per the report, total TV viewership grew by 24% in week 18, recording 1.10 trillion viewing minutes

In the eighth edition of the joint report by BARC India and Nielsen on TV and Smartphone consumption during COVID-19, the total TV viewership grew by 24% in week 18 and recorded 1.10 trillion viewing minutes.

During week 18, total TV consumption increased by 24% across India. Also, the highest viewership was recorded in Week 13 during this period. However, TV viewership is still significantly higher than pre-COVID levels.

Interestingly, the 12 May Prime Minister's address to the nation on the economic package garnered 4.3 billion viewing minutes, the highest of the 5 addresses on COVID-19

'Most brands talk about winning, Kellogg’s talks about everyday achievements'
2 hours ago

Manu Kumar Jain moves on from Xiaomi
7 hours ago 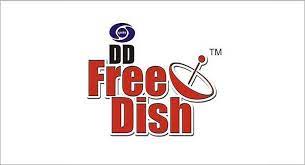 media-tv Will NTO 3.0 come into effect on February 1?
6 hours ago

The tournament will be covered on JioCinema, Sports 18-1 (HD & SD) and Sports 18 Khel

The inaugural season of the Premier Handball League is set to kick off on 8th June 2023 and will run till 25th June 2023. The International Handball Federation has recognised India as the next big destination for Handball. To amplify the efforts of Bluesport Entertainment Pvt. Ltd., Handball Association India, and South Asian Handball Federation, Viacom18 will showcase the Premier Handball League at prime time from 7:00 pm to 10:00 pm.

Viacom18 recently acquired global television and digital rights to broadcast the Women’s Premier League (WPL) from season 2023 to 2027. They are also the digital broadcasters of the Indian Premier League (IPL) for the same period. In addition, the network clocked historic numbers during the FIFA World Cup Qatar 2022 as digital viewership went past TV in India for the first time for a global marquee sports event, with 32mn viewers tuned in to JioCinema on the final day of the FIFA World Cup.

Over 110mn viewers consumed the content on digital, making India one of the highest digital viewership markets for the FIFA World Cup as JioCinema continued to be the No. 1 downloaded free app on iOS and Android throughout the tournament.

The first season will see six teams go up against each other in round-robin format consisting of 30 matches, followed by three knockout matches to determine the ultimate champion. The 33 matches will be spread over 18 days, and each team will have a minimum of 10 matches. Each squad will consist of 17 players, made up of 14 Indian players and three foreigners.

Widely recognised as the fastest Olympic Sport, Handball has a strong grassroots presence in India. Handball’s popularity at the grassroots level is due to the tireless efforts of the Handball Association India. They have ensured that the national team’s ranking at the global level has been consistently rising.

Abhinav Banthia, President of Bluesport, speaking on the same, said, “India is growing exponentially as a sporting nation. Handball has a very strong presence in the country, especially at the grassroots level. Our thought behind the Premier Handball League was to help utilise the popularity of the sport by giving it a platform that will amplify sports traction in India. We are glad to onboard Viacom18 as the official broadcast partner, as we believe they will help us package this competition ingeniously so that this unique league becomes relatable for fans. Overall, we believe if you package speed, strength, stamina, agility, technical precision, skill, teamwork and fast-paced action, you come to Handball, and a league for Handball will turn out to be the leading indoor sports league in this country very soon.”

Dr. Anandeshwar Pandey, Secretary General of the South Asian Handball Federation, spoke about how the league can revolutionise the sport of Handball in India. He said, “The Premier Handball League will provide the much-needed push Indian Handball has needed for years. It will also help to direct the spotlight on Handball not only in India, but all of South Asia, which I am sure will help boost participation and popularity of the sport. The Premier Handball League has all the necessary elements to be a highly successful competition, especially now that they have announced Viacom18 as a broadcast partner. I am sure the league will grow rapidly as it is set to produce the star athletes of tomorrow for Indian fans to support.”