Budget Bytes: It's a balanced Budget with a lot of intent - Mitrajit Bhattacharya

The Publisher & President, Chitralekha finds FM Arun Jaitley's maiden Budget to be a growth-oriented Budget, which makes no unrealistic targets. The stock market reaction has also been cautious

As I see it, there are some bright spots in FM’s Budget presentation today and some which are not so. Overall, it’s a balanced budget with a lot of intent. It needs to be seen how much can be implemented. The key highlights from the maiden budget of Arun Jaitley are summarised below:

Goods and Services Tax: A huge bottleneck between the Centre and many key states over the past few years, from the regime of Pranab Mukherjee followed by P Chidambaram as FMs, this is the single most critical measure which India as a whole need to resolve. There is just an intent from the current FM to resolve all pending issues related to GST, be rest assured the going will be tough, both with the BJP states which opposed GST during the UPA regime and the Congress states, which now sit on the Opposition bench.

Fiscal Deficit: The FM was compelled to retain the target 4.1 per cent of GDP for 2014-15 with a promise of reducing it to 3 per cent in 2016-17. This is mainly due to the legacy of last two years’ almost flat collection of indirect taxes and large subsidy burden. The pressures of oil prices due to the Iraq crisis do not help the situation. Overall, not very rosy, but a practical outlook on Fiscal Deficit.

Tax Exemption: The FM announced an increase of Rs 50,000 to Rs 1.5 lakh as the exemption limit for investments by individuals in financial instruments. This is a positive measure, which will result in boosting household savings.

Disinvestment: No big bang announcement here. The disinvestment target has been revised marginally to around Rs 60,000 crore.

Internet Connectivity: Allocation of Rs 500 crore is probably the first step to initiate broadband network in villages and promote local manufacturing of Indian hardware and software products. At the outset, the amount seems very less. Nevertheless, it could provide a clear direction, which will help create Digital India in years to come.

One area which the industry was expecting a lot from the FM was that of Retrospective Tax. Though the FM did assure investors of caution in dealing with retrospective amendments to tax laws, he referred fresh cases arising out of 2012 amendments to CBDT committee while not touching the older disputes arising out of the Amendment Act of 1961. He also treaded a balanced approach by stating that the Government will not “ordinarily” bring any change retrospectively to create fresh liability. I feel the FM has done whatever he could do under the current logjam and huge monetary implications pertaining to this single issue. 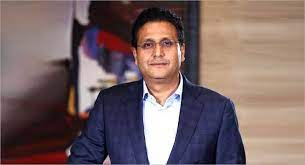