TV5 Network hosted its third biennial Business Leader Awards in Hyderabad recently. At the event, the Media Leader of the Year 2017 award was conferred upon Annurag Batra, Chairman and Editor-in- chief of Businessworld and exchange4media group.
The jury this year was chaired by Jasti Venkat, Chairman & CEO, Suven Life Sciences. The chief guests at the event were Ch. Vidyasagar Rao (Hon’ble Governor of Maharashtra), Nara Lokesh, (Hon’ble Minister for IT, Panchyat Raj, Rural Development, Andhra Pradesh), Suresh Prabhakar Prabhu (Hon’ble Union Minister of Commerce and Industry) and K. Taraka Rama Rao (Hon’ble Minister for IT, Industries and MAUD, Telangana).
Speaking about the award Annurag Batra said, “Any award is a recognition of the team and brand that you represent and I am lucky to represent the best team in business journalism.”
“Mr. Annurag Batra has shaped the business news platform and given it a new dimension. This award is a recognition of his great contribution in the field of media," stated BR Naidu, Chairman, TV5 Network.
A total of fifty awards were bestowed upon business leaders across categories. In addition to the Media Leader of the Year Award some of the other notable awards given were, ‘Lifetime Achievement Award’ for Dr. Prathap C Reddy, Chairman of Apollo Group, ‘Entrepreneur of the Year’ to Ramprasad Reddy, Managing Director, Aurobindo Pharma, ‘Woman Entrepreneur of the Year’ to Mahima Datla, MD of Biological E and the ‘CSR Leader of the Year’ to Phoenix Corporation.

'Always a part of our family', says Amul in tribute to Anil ‘Billy’ Kapoor
33 minutes ago 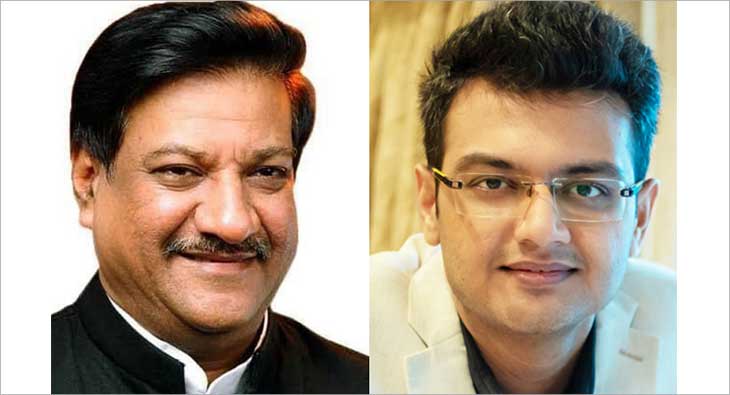