India, with the highest whisky consumption in the world, is an important market for Jack Daniel’s, says Vineet Agrawal, Marketing and Commercial Director, India Area, Brown-Forman

American whisky brand Jack Daniel’s recently underwent a rebranding exercise with a new tagline ‘Make It Count’. Explaining the rationale behind this historic move of rebranding a 154-year-old brand, Vineet Agrawal, Marketing and Commercial Director, India Area, Brown-Forman, also talks about why India, with the highest whisky consumption in the world, is an important target market for the brand.

The brand has enjoyed global success for over 100 years. Why the change in brand positioning now, with the new ‘Make it Count’ tagline?

While Jack Daniel’s is a global brand, and as a successful global brand, we wanted to fuel our iconic status even further. And while it is a new campaign per se, it is not that the brand’s philosophy has changed in any way. The philosophy that our founder followed all his life has been reflected in our messaging throughout: every day we make it, we make it the best we can. The new ‘Make It Count’ tagline is just a modern day adaptation of that philosophy which invites our consumers to live boldly and enjoy the ride.

So are you going to adapt your campaign differently for Indian consumers? Localise it a bit?

So this whole philosophy of living your life boldly and enjoying the ride is something that our founder believed in over a century ago and it rings true even today. It is also a concept that cuts across cultures and its meaning is personal to each individual really irrespective of where in the world they are. Specifically for India, we'll be looking to amplify this across points of sale locations by launching gift packs and integrating this campaign with the festive season. Gifting is an important part of the season. And of course the digital and social media integrations are also something that we are considering. Because we want to be where the consumers are, and through these mediums, we're trying to bring the campaign to life in India.

Would you say that in India, Jack Daniel’s commands a more premium positioning since it is also sold at a higher price point?

So absolutely, the price of Jack Daniel’s is definitely higher in India than it might be in some other countries and that's predominantly a function of the taxes on alcohol. But, the legal drinking age in India is also higher which then sort of makes the brand available only to consumers who've reached a certain stage of life, in terms of their careers so to say. So, from that perspective, we are targeting the more premium stores in the country where consumers can actually experience the brand in a slightly different way than what they would in a traditional liquor store. Having said that, I would like to point out that the campaign’s inspiration also comes from a vintage Jack Daniel’s ad that reads, ‘Proudly served in fine establishments and questionable joints.’ So as a brand, we believe that Jack Daniel’s is for everyone.

Another interesting trend in India over the last 12-24 months is the increasing popularity of whisky-based cocktails. And, American whisky naturally blends into the cocktail space quite nicely. So we've launched some specific initiatives like this annual cocktail competition for bartenders in the country.

While Jack Daniel’s does enjoy global legacy, India is a market with a wide range of local brands, especially in the whisky space. Does that become a challenge for you?

Well, each brand has its own story, by which they try and connect with the consumers. And Jack Daniel’s of course has an edge because it has a very strong history. That becomes the brand’s anchor in a way, and it allows us the opportunity to share the brand’s story with consumers in a meaningful way. We’re doing that again this year with the ‘Make It Count’ tagline.

This has been a tough time for alcohol brands, where most consumption happens in bars and restaurants. How are you working to drive revival for your brand and the category?

With the pandemic, we've seen in-home consumption really growing a lot more. Moreover, digital adoption has also increased amongst consumers, because they are spending more time on their screens. In line with these trends, we are trying to tap into in-home consumption with training in how to make simple cocktails at home and thereby make weekend evenings more enjoyable. Further with COVID lockdowns earlier this year, consumers couldn’t travel so we launched a virtual reality experience allowing consumers to view and experience how Jack Daniel’s is made in our distilleries. We saw some good engagement from consumers through this. Also, the friends of Jack behind the bar (bartenders) have suffered, obviously because of this pandemic. So, we also launched a crowd-funding campaign called ‘The Virtual Tip Jar’ campaign, to collect tips from consumers who would usually go to the bar and tip them anyway. Jack Daniel’s has also contributed toward that fund.

How important is the Indian market to Jack Daniel’s, and what kind of growth targets have you set for this market for the coming year?

India definitely is one of the most important emerging markets for the brand and it is the country with the highest whisky consumption. While I cannot share Jack Daniel’s numbers, I can definitely share the numbers for American whisky. So as a category, American whisky has had a CAGR of more than 20% for the last four years, as per the industry reports. And Jack Daniel’s still continues to be the leader in that segment. Hence, obviously we are very positive about the future of this brand in the country. 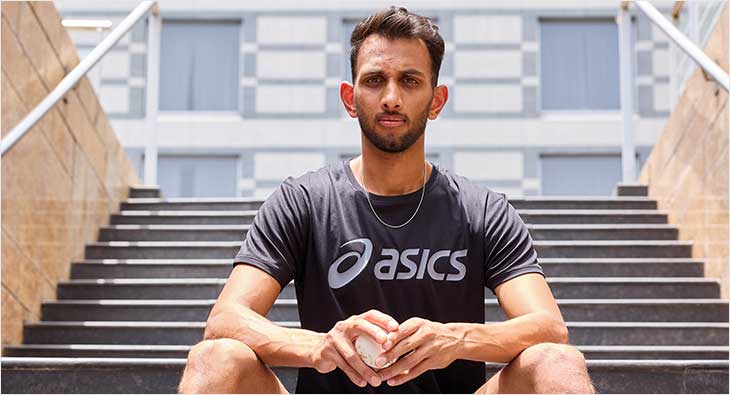