The exchange4media Media ACE Awards 2019 held at ITC Maratha, Mumbai, on Tuesday saw Indian media agencies being recognised for their work and contribution to the advertising landscape.

While GroupM bagged the Network of the Year award, dentsuX was awarded Agency of the Year. The award for Regional Office of the Year went to Mindshare North & East.

The grand jury was chaired by Marzin R Shroff, Managing Director, CEO, Eureka Forbes. On the entries, he said: “There were a lot of quality inputs from people, especially in the Rising Star category. We saw a lot of interesting entries. It is very heartening to see the youth coming up in this industry and the attraction of the right quality of talent into the industry.” 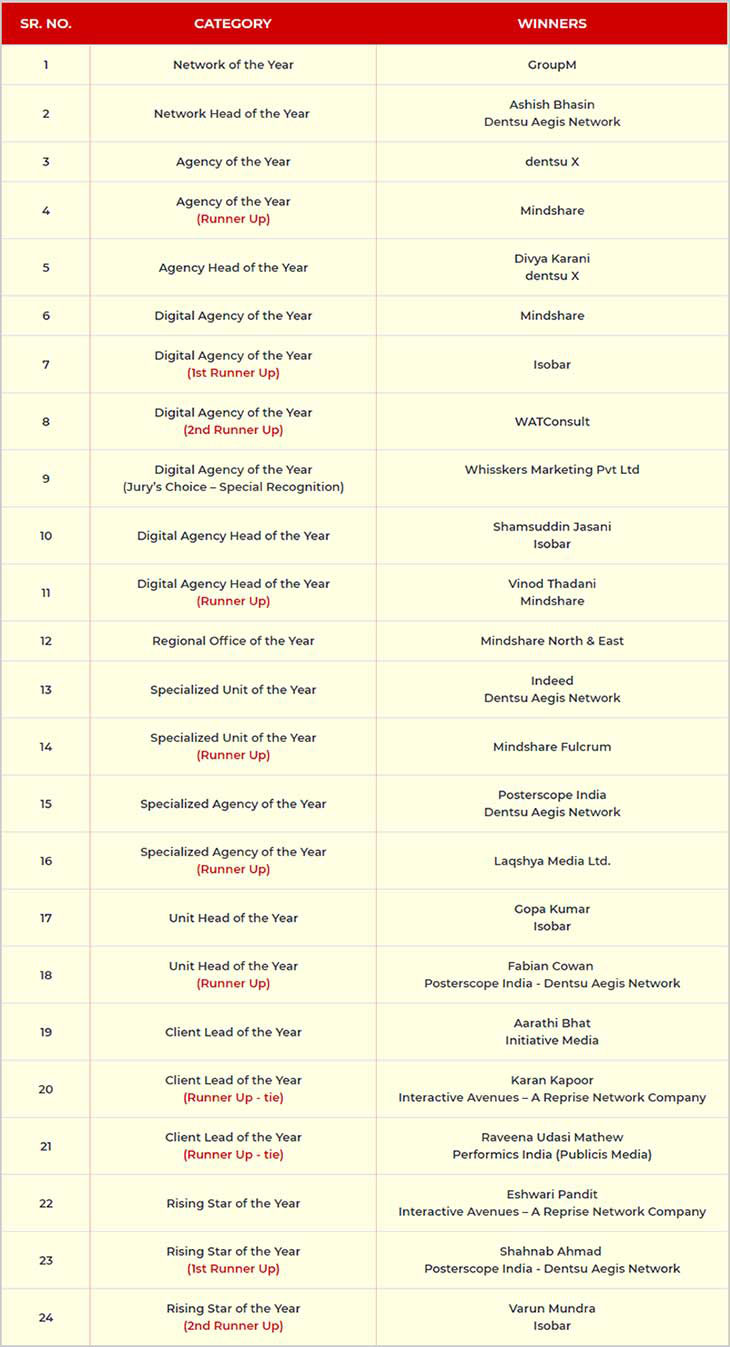 We have positively disrupted our own segment: Byju Raveendran
2 days ago

We believe iD’s Coconut will disrupt the market & propel demand in India: PC Musthafa
5 days ago

Deep Drona to join ENTERR10 Media as COO
5 days ago

Believe in organic growth in news while ratings should be a by-product: Sudhir Chaudhary
3 days ago

Reliance Industries consolidates its media and distribution businesses
5 days ago