Nickelodeon, India’s kids’ entertainment franchise has created pioneering and iconic homegrown characters that kids love. After the tremendous success of “Made in India” characters like Motu Patlu, Shiva and Gattu Battu, the franchise’s latest content innovation with its 5th local IP; India’s first magictoon “Prince of Magic “Rudra” has emerged in the top 10 of the category in the week of launch and every week from thereon.

A category first, Rudra is a magic comedy series that has enthralled young viewers and stirred their imagination. Launched on 11th June 2018, Rudra made a momentous entry at No 7 into the top 10 of the kids’ category in the week of launch. The pioneering character cast its magic on kids and took on the No2 position in the category in the 3rd week of launch. It continues to be in the coveted Top 10 week-on-week, a significant feat in the kid’s category. 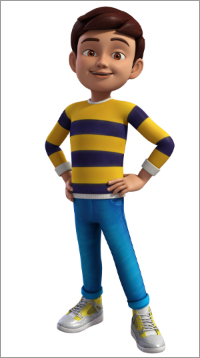 The successful content run continues for Nickelodeon with the entertaining didactic “Daaduji Shorts”. Nurturing the future, the inspiring Daaduji Shorts that teach kids life lessons in the most fun and quirky way has emerged as a favorite amongst kids. The show that went live online first with the 1st short on importance of saving water has already garnered a staggering 5.2 million views on Facebook and YouTube, with the series also holding a spot amongst the Top 10 shows on VOOT Kids. The immersive storytelling and the adorable character Daduji also led the shorts to feature in the top 10 of the category on television in the 2nd week of its launch.

Speaking about the success of the homegrown characters, Nina Elavia Jaipuria, Head – Kids Entertainment at Viacom18 said “Nickelodeon has always identified white spaces and launched characters that are groundbreaking. Our understanding of kids, their choices and their discerning entertainment needs has helped us introduce characters that are endearing and relatable. The kids, in turn have loved our shows, stories and characters and made them a huge success in such a short span. Rudra stands testimony to our endeavor of creating characters that kids adore and cherish.” 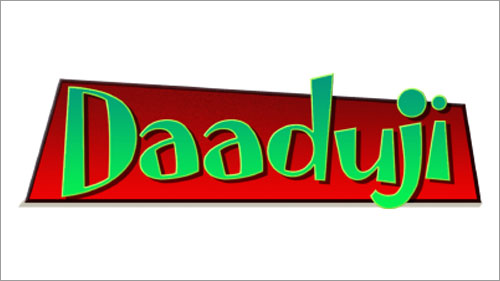 Nickelodeon continues to be at the forefront of innovation in the category. Each of the local home-grown Nicktoons from Pakdam Pakdai, India’s first chase comedy, Motu Patlu - the only show in the kids’ category with adult protagonists, that has gone on to be a chart topper to Shiva, India’s super kid and Gattu Battu, India’s first animated detective series and now India’s fist magictoon and prince of Magic “Rudra Boom Chik Chik Boom” have all introduced kids to new genres of entertainment. The vast and diverse content library establishes Nickelodeon as the largest and most versatile homegrown content library in the category, driving the category towards new echelons of growth.

Cannes Lions 2022: Will India have its best haul this year?
19 hours ago