It is a repeat of the PM's Madison Square Garden event with netizens lapping up every word of his Allphones Arena speech in Sydney, Australia

From a special train named Modi Express, carrying supporters to hear his speech in Sydney, to Modi unveiling Mahatma Gandhi’s statue in Brisbane, the visit has captured the Indian diaspora’s attention just as it has media reports rolling in with the PM’s another successful round of oratory in Brisbane and Sydney.

Twitter conversations also took an interesting turn as netizens expressed their disapproval of Congress’ Salman Khurshid reportedly doubting the genuineness of the crowds that gather for the PM (implying that Modi takes his own people along).

Some highlights from the speech that the crowd gave an enthusiastic and animated response to:

“It takes less than a day to reach Australia but it took an (Indian) PM 28 years to come to Australia.”

“Had there been no democracy, would I have been here?”

“Mother India will lead the world once again.”

“I see no reason why India should stay behind.”

“I want to do small things for small people.”

“No one (read Reserve Bank of India) says no to the PM.” (in reference to Jan Dhan Yojana which enables poor families to have bank accounts)

“In the last ten weeks, 71 million bank accounts have been opened.”

“Contribute in your native towns for the cause of Swachch Bharat. I invite you.”

“We must learn dignity of labour from Australia.”

“Within your love and welcome, lie expectations, I know.”

“It’s not the government, but the citizens who make a country.”

“Those with PIO will get a lifetime visa.”

#ModiInAustralia & #SydneyStorm were the top two trending hashtags generating maximum conversations around the speech at Sydney and Modi’s visit to Australia.

Below are some tweets

You can watch the speech here

Invesco could call off ZEE EGM: InGovern
40 minutes ago 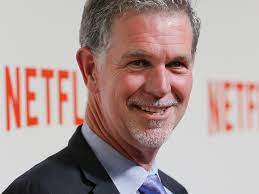