The company also launched ShareChat Labs, a Centre of Excellence (CoE) in Palo Alto, its first establishment outside India

ShareChat today announced that it has opened ShareChat Labs, a Centre of Excellence (CoE) in Palo Alto, its first establishment outside India. The new set-up would be dedicated to building a technology backbone for the company with an aim to bring cutting edge tech, developed by the best to its community of users.

ShareChat has also appointed former Product Leader at Uber, Gaurav Mishra as SVP- Product, who spearheaded Uber AI, Data, and Marketplace Platforms at Uber.In his new role, Gaurav will oversee the product development at multiple levels for ShareChat and its short video platform, Moj and, focus on growing a high performing product team with expertise in consumer product and ML/AI.

With the new CoE, ShareChat would be able to put greater attention on innovation and building new-age solutions powered by Machine Learning, to enhance user experience through advanced camera capabilities, deeper visual understanding of the images/videos and stronger content recommendation.

“This is an exciting and proud moment for us. As we set-up ShareChat Labs to develop groundbreaking technology solutions to accelerate our ambition of building the most sophisticated content creation and distribution engine, we believe the talent ecosystem available in the Valley is going to play a major role” said Ankush Sachdeva, CEO and Co-founder, ShareChat

Welcoming Gaurav Mishra to ShareChat, Sachdeva further added, “Gaurav is a proven product leader with over 20 years of experience in the consumer technology space. He will be a driving force towards strengthening content feed and personalization, building advanced product capabilities and reinforce the robustness of our ad-tech platform. He will be a valued member of our leadership team as we continue to build ShareChat for the next billion internet users”

On his appointment, Gaurav Mishra, SVP - Product, ShareChat said, “This gives me immense pleasure to contribute to the movement of empowering language-first internet users. I have been a great believer of language-first approach in the internet space, and I am thankful to ShareChat  management to entrust me with the responsibility to accelerate the growth of the platform.”

Gaurav co-founded Guruji.com, a search engine in regional language that was built for India. The company was later acquired by Indian e-commerce major, Flipkart.

On ShareChat Labs, Mishra added, "We are building both ShareChat and Moj with a future-ready approach. We would focus on building new products and solutions around camera technology and AI/ML (especially focusing on deep learning). We would also look at hiring the best technology minds globally and not just limited to India. We would soon expand our talent base to other international geographies and drive excellence in technology innovations in the Indian internet space,"

ShareChat puts heavy emphasis on the Indian diaspora as it functions in various local languages. This leads to challenging Machine learning problems in content understanding because of variations in dialect, the difference in the writing script, and contextual meaning. With ShareChat Labs, ShareChat intends to solve this issue. It has over 160 million users, across 15 Indic languages.

As both ShareChat and Moj are highly dependent on user-generated content, ShareChat Labs would focus on developing state of the art deep learning ML models to better personalize the user feed and detect NSFW content, hate speech and fake news with a goal to enhance the experience of it's community of creators and users.

Marketing and media consultant Teena Singh passes away
19 hours ago

We have Rs 126 crore in ad revenues in June: SL Narayanan, Sun Group
27 minutes ago 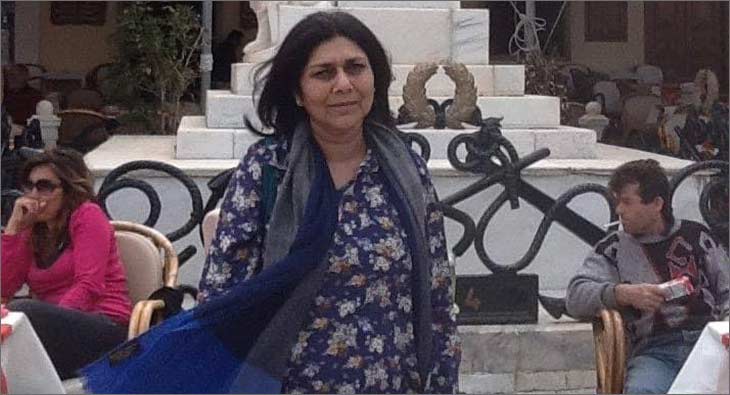