Indian football fans now have the opportunity to support the Blue Tigers as they team up to compete with three other nations including Chinese Taipei, Kenya and New Zealand in the Hero Intercontinental Cup. The tournament will showcase the best players from Indian Football as they come together to test their grit against the might of the best players from three other nations, starting June 1, 2018 on the Star Sports Network.

With India being the highest-ranking team in the tournament expect a 10-day nail biting event between the 4 nations as India hosts the Hero Intercontinental Cup for the very first time. Chinese Taipei, Kenya and New Zealand rank 121, 111 and 133 on the FIFA table respectively.

Sunil Chhetri is set to complete his 100th game played for India in India’s second fixture of the tournament that showcases India vs Kenya.

A Star India spokesperson said, "The Hero Inter-Continental Cup is a spectacular convergence of nations as they compete for the coveted Hero Intercontinental Cup. The fact that the tournament is being hosted in India for the first time and is being broadcast on Star is an excellent opportunity to bring football fans from across the country even closer to the game. The Hero Intercontinental Cup will be broadcast on SD as well as HD platforms giving fans the opportunity to experience the best of Indian football on the Star Sports Network and Hotstar." 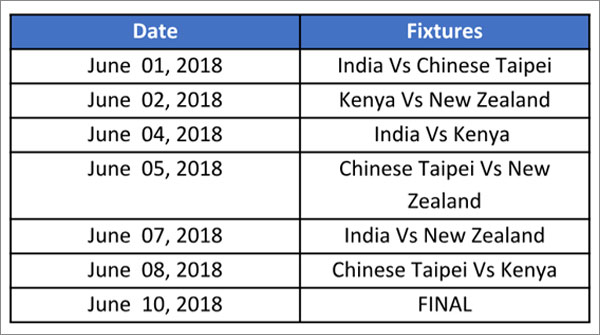 Star Sports has a strong line up for football fans in India with telecast rights of Indian as well as international football properties such as Hero Indian Super League, Hero I-League, Premier League, German Bundesliga and now the Hero Inter-Continental Cup is the latest addition to this star-studded line-up.

Back after break: GECs gear up to launch new shows post lockdown 2.0
17 hours ago

media-tv Back after break: GECs gear up to launch new shows post lockdown 2.0
17 hours ago