The last 5-6 years have seen Amul not invest more than 0.8% of the organisation’s turnover in marketing or advertising

Speaking at Indian Marketing Awards 2016, RS Sodhi, Managing Director, Amul, revealed that his organisation’s budget for brand building and advertising has never been more than 1%. “In the last five or six years, we have never spent more than 0.8% of our turnover on advertising or marketing,” he stated while mentioning that their competitors incur greater expenditure on marketing.

When Nawal Ahuja, Co-founder & Director at exchange4media, asked Sodhi whether Amul was planning to cut back on its ad spends post-demonetisation, Amul’s MD joked that the time was opportune to increase ad spends by asking media companies for a discount of 20-30%. “What will we cut from 0.8%? There is no need,” he added.

Referring to himself as a doodhwaala (milkman) in lighter vein, Sodhi said that Amul was an “iconic” and “ageless” brand that has tasted success over the last six decades. He told the gathering that Amul’s brand has two faces. “We are in the business of C2C i.e. cow to consumer,” he said.

Hailing 3.6 million farmers of Gujarat as the backbone of the business, Sodhi mentioned that their trust and faith in the brand means everything. He felt that Amul has succeeded not only in empowering villages by providing farmers with a source of livelihood, it has also given million of consumers quality and tasty food products.

Elaborating on Amul’s Founder Chairman Verghese Kurien’s mantra for marketing, Sodhi said, “Marketing is not for business but for development of the most under privileged society of India.” According to Sodhi, Kurien felt that a brand should command a similar sense of belief in stakeholders that they have towards their religion.

“Faith and trust is not an overnight job. It cannot come by advertising. It can’t come by doing some big display. It has to come from inside,” he said. He advised companies against underestimating the intelligence of consumers.

Amul ads over the years

As per Sodhi, brand building involves concentrating on supply side of the business alongside marketing and advertising. Showing snapshots of print advertisements of Amul from the sixties and seventies, he said, “The other important thing in brand building is consistency in communication over a long period of time.”

He explained that Amul took brand positioning quite seriously and wasn’t in for changing it substantially when the same strategy has paid off during continuing decades. “Any brand, whether it is butter or milk, if any positioning has been taken, we have never tried to change it,” he asserted.

However, with changing times, Amul has exhibited dynamism by experimenting with new forms and ways of storytelling. For instance, Amul dabbled with coloured print ads in the seventies and made a film titled ‘Manthan’ to educate the people about its brand.

One brand as opposed to many

Sodhi was all praise for Amul’s singular brand identity status. “The strategy which has worked very well for Amul brand is umbrella branding strategy. All our products are under one single brand,” he said. While Amul’s advertising agencies advised them to bring in new and sub-brands, the organisation decided against it since it would require more investment.

In the words of the Managing Director, the increase in investment would have come from the pockets of the consumers only. Stressing on reaching “maximum consumers” with a “limited budget”, he argued the “need for advertising” but only that much to “inform the consumers”.

On the iconic imagery of Amul’s butter girl, Sodhi recounted how the first ad featuring her came fifty years back in the form of an outdoor hoarding. With immense pride, he put on record that the butter girl praised and often criticised the who’s who of Indian public life and nobody objected to it except for on one or two occasions.

As he spoke about creative freedom and trust in employees, he said, “Let me also tell you that this campaign (Amul butter girl) is created by our same advertising agency for the last fifty years and they do not show us the creative. We see the creative and you see it.”

Need for start-ups beyond computers

Following his speech, Sodhi engaged in a question and answer session with the audience moderated by Pradeep Dwivedi, CEO of Sakal Media Group. When Dwivedi urged Sodhi to lend leadership lessons to youngsters on start-ups, he sought to challenge the whole notion of a start-up being some sort of an exercise emanating out of a room or computer.

He encouraged youngsters to look at a field wherein they can interact with consumers and suppliers to establish an ageless product. He saw immense potential in the food business particularly. “In the last 70 years, we have got only 5% of the market and only 20% is offline,” Sodhi said.

The statistics were an indication of the space that can be taken up by others in the times to come since 80% of the concerned sector is still unorganised. Delving into the memory lane, Sodhi mentioned that the scenario was much different six decades back when India witnessed milk shortage like its neighbours. He claimed that countries like Sri Lanka and Bangladesh are still suffering from the same.

“India is the world’s largest producer of milk. Fortunately, we are also world’s largest consumer,” Sodhi said. Labelling farmers as “vulnerable sections” of the society, he stated that they nevertheless receive 85% of the money that consumers pay in Indian cities. Comparing the numbers with the developed world, Sodhi stated farmers got 36-38% in countries like USA.

In the first few days post-demonetisation, Sodhi felt that demonetisation would have an adverse impact on farmers. “At Amul, demonetisation impacted both sides of our C2C business i.e. farmers and consumers,” he said. Some were concerned as to how farmers will manage to get cash.

At a board meeting last week, Sodhi was met with a pleasant surprise. The board comprises of 18 farmers who don’t understand the intricacies of the business. The Managing Director is the only professional. “Surprisingly, everyone said that what couldn’t happen in 10 years, happened in one stroke,” Sodhi claimed.

He insisted that Amul has been trying to alter the manner in which they make payments to farmers. Instead of paying them in cash, the idea was to put the money into their bank accounts. However, the same was being resisted by some vested interests at the village level that lent money to farmers and would take their respective cuts when payments arrived.

The cash scarcity left no option except for depositing money in bank accounts. Many of the farmers already had a bank account under Jan Dhan Yojana. Those who did not have one realised the absolute necessity of having it in the past three-four weeks. “From November 8 onwards, we have opened more than 3.5 lakh accounts,” Sodhi mentioned.

Phased growth is critical for success

On the question of keeping products fresh, Sodhi responded by saying that the task is both easy and difficult. He reasoned that “some of the very good brands fail” because “overnight they want to go national”. Being an industry veteran, he called food business a local thing.

He urged brands to follow a phased process of growth. He emphasized the need for creating a good product by using the latest technology and high-quality packaging. Thereafter, the brand has to establish itself first in the city followed by expansion in adjoining districts and states. “Once you have built your brand in the state then think about national,” Sodhi said.

He also opined that entry of new players in the sector will create transparency and competition besides ensuring better rates for farmers. “Brands can be ageless if all the stakeholders, be it suppliers, distributors, employees or consumers, enjoy the fruits and not just the manufacturer or marketer,” he proclaimed.

The Indian Marketing Awards 2016 were presented  by Sakal Media Group and  powered by &TV. 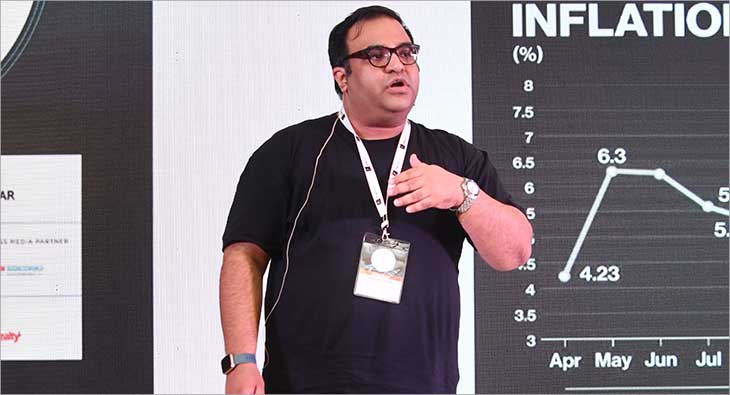 marketing Programmatic is going to be the talk of the town: Arvind Mathur
43 minutes ago

marketing ‘Decisions can’t be based on data alone. You need leadership skills to use data insights’
1 hour ago