Dr Nalin Mehta, Consulting Editor with The Times of India has been given a new role. He has been promoted as Executive Editor- TOI - Online

The Times of India (TOI) has promoted its Consulting Editor, Dr Nalin Mehta and assigned him a new role of Executive Editor, TOI – Online. He will be reporting to Rajesh Kalra, chief editor of Times Internet.

Nalin Mehta has previously been managing editor, India Today (English TV news channel) and is also an award-winning social scientist and author. His book, 'Behind a Billion Screens: What Television Tells Us About Modern India' (HarperCollins, 2015) was long-listed for business book of the year by Tata Literary Live.

Pawan Jailkhani all set to start new journey
22 hours ago 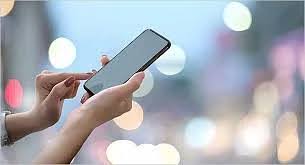