IDMA Person of the Year is a coveted award and is selected on the basis of how the digital personality has shaped his/her business, how they have impacted the industry and what kind of role they played in redefining the industry dynamics.

VSS Mani, Founder and CEO, Just Dial not only ticked all the boxes but also came across as an industry stalwart who is what he is by challenging every norm that existed in the digital world. Indian Digital Marketing Awards very proudly honoured Mani with the IDMA Person of the Year title for his remarkable and relentless work.

Prior to Just Dial, Mani looked after Ask Me – a brand which could not sustain its funds for a very long time. Thus, Just Dial was actually first established in 1996 in a small room with a very big ambition so as to not repeat the mistakes made in Ask Me. To make sure that the expenses were in check, everything in the office was rented.

Mani knew that it was not going to be an easy task basis the reaction while first pitching the idea. Nonetheless, Mani continued with confidence and vigour and went on to create one of the biggest digital success stories in the Indian digital space.

Just Dial launched its internet and mobile services in 2007. Mani, however, knew he still had a long way to go. After five attempts of getting listed in NASDAQ, Just Dial managed to make the cut in the sixth attempt. It also issued an IPO, which was among the largest IPOs issued by an internet company.

Needless to say, Mani has rightfully earned the title of exchange4media Group’s IDMA Person of the Year.

JioPhone Next will end up having a lot of impact over 3-5 year time frame: Sundar Pichai
59 minutes ago

Looking to make our long-standing employees part of our growth story: Manisha Chaudhary
35 minutes ago

JioPhone Next will end up having a lot of impact over 3-5 year time frame: Sundar Pichai
59 minutes ago 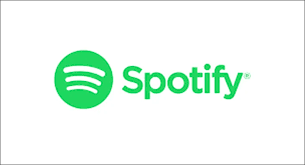 digital JioPhone Next will end up having a lot of impact over 3-5 year time frame: Sundar Pichai
59 minutes ago