Globally, online video viewing to exceed an hour a day in 2018: Zenith

By 2020, China will have the keenest viewers, with the average person spending 105 minutes a day watching online video, followed by Russia (102 minutes) and the UK (101 minutes)

This is the fourth edition of Zenith’s annual Online Video Forecasts report. It contains historical data and forecasts of online video consumption and advertising, together with commentaries on the development of individual markets by local experts. This year’s edition covers 59 key markets. By online video the report means all video content viewed over an internet connection, including broadcaster-owned platforms such as Hulu, ‘over-the-top’ subscription services like Netflix, video-sharing sites, e.g. YouTube, and videos viewed on social media.

Global online video consumption grew by 11 minutes a day in 2017, and we expect it to grow by an average of 9 minutes a day each year to 2020. It accounts for almost all the growth in total internet use, and is growing faster than media consumption overall, so it is taking consumption time from traditional media. Although some of this extra viewing is going to non-commercial platforms such as Amazon Prime and Netflix, plenty of it is going to commercial platforms, so the supply of commercial audience is rising rapidly. 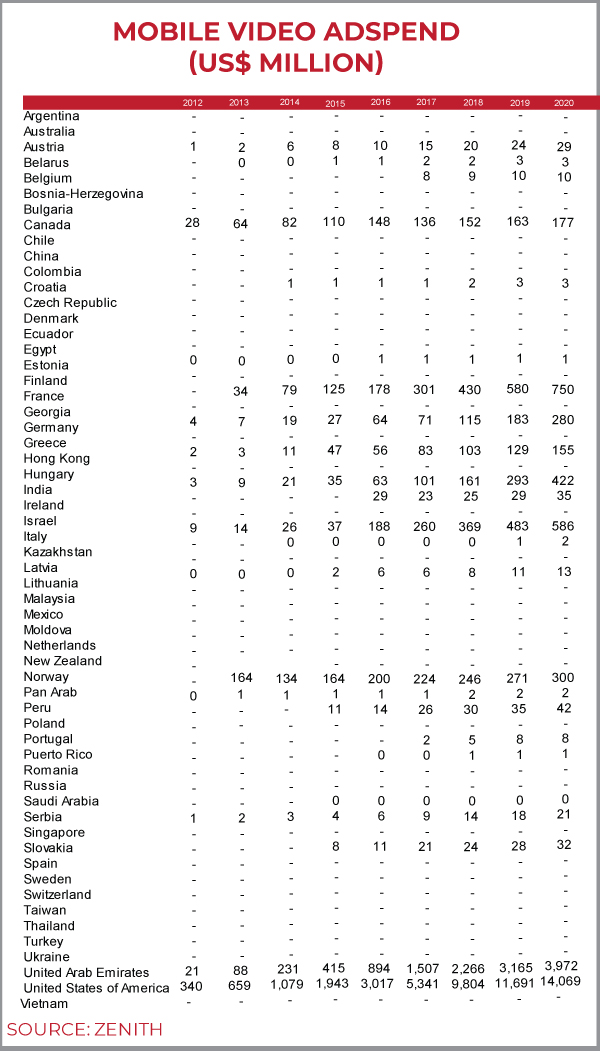 The supply of online video audience has been growing ahead of demand in recent years: online video viewing grew 91% between 2015 and 2017, while ad spend grew 52%. The cost of online video advertising has therefore come down substantially. As the growth of video consumption grows Zenith expects prices to stabilise, with mild increases from 2019 onwards. 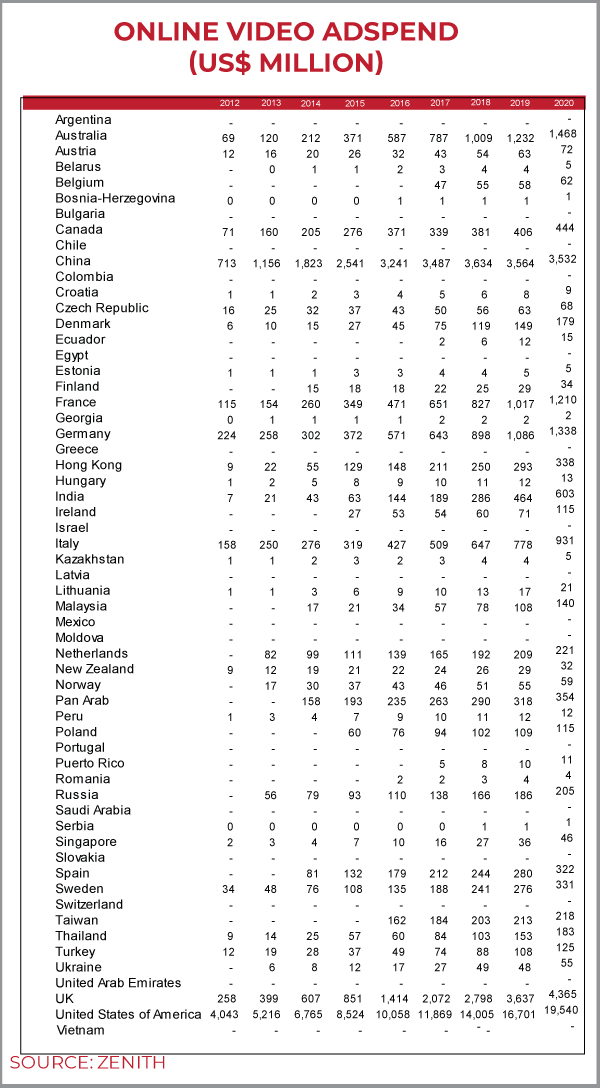 Online video advertising began by emulating television advertising, with most ads appearing within other video content that the viewers were really interested in as interruptive ‘in-stream’ ads. But over the past few years ‘out-stream’ ads have become common. These are stand-alone video ads that appear within text or images, or within a social news feed. Thanks mainly to the rapid adoption of video content and advertising by social media platforms, out-stream video is rapidly becoming the dominant form of online video advertising. In the UK, for example, it overtook in-stream advertising to account for 56% of online video ad spend in 2017. This is changing the structure of online video creative. Because a viewer can simply scroll past them, out-stream ads need to grab the viewer’s attention from the very first second, either with an arresting image or with a celebrity with a dedicated following. They do not have the narrative leeway available to interruptive ads, says Zenith. 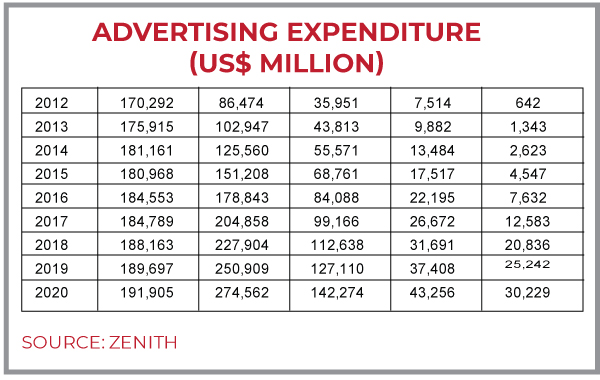 “Online video is driving growth in global media consumption, as smartphones with high-speed data connections make high-quality video available to people on the move, and smart TV sets give viewers unparalleled choice in the living room,” said Jonathan Barnard, Zenith’s Head of Forecasting and Director of Global Intelligence. “The rapid rise in video viewing makes online video the world fastest-growing advertising format, creating new strategic and creative opportunities. Brands that do not currently have a strategy for online video need to think about getting one.”
For more updates, be socially connected with us on
WhatsApp, Instagram, LinkedIn, Twitter, Facebook & Youtube
Tags Zenith media video consumption
Show comments

Political parties woo millennial voters with TikTok, ShareChat and the like
2 days ago

It takes courage to produce a show like Pradhanmantri: Avinash Pandey
1 day ago

Up to 5 years jail time for violation in proposed Cable Television Networks Bill 2020: MIB
4 days ago

Did Deepika’s JNU visit lead to Chhapaak’s falling flat at the box office?
5 days ago

2020 would be a year of Integration and Personalization: Alok Jalan of Laqshya Media Group
3 days ago

Roshan Abbas of Geometry Encompass says, “Frictionless commerce will be the winner”
3 days ago

Nikhil Dey of Weber Shandwick says, “CEOs will need to be agents of change in 2020”
3 days ago