e4mChillout: Table Tennis is akin to meditation for Vivek Bhargava!

Vivek Bhargava, CEO, DAN Performance Group, is a national-level Table Tennis champion, has won a game of chess against Viswanathan Anand, and is learning stand-up comedy!

Vivek Bhargava, CEO, DAN Performance Group, has cracked the code to forgetting all his worries. His hobby lets him put his stressors away even if it’s just for a couple of hours. A national-level table tennis champion, Bhargava gave his hobby a second life after a gap of 20 years, since 2010.

When Bhargava speaks about TT, you cannot help but get drawn into his world of TT. He has a new acquisition for his Table Tennis Academy, he gushes. He pulls out his phone and plays a video: It’s Bhargava against what looks like an army of flying TT balls. The machine that’s violently dispensing the balls is the latest acquisition, he reveals. (Bhargava did win against the machine, in case you were wondering.)

According to Bhargava, TT is a sport that hardly gives you time to think about anything else while you are playing the game. “That's not the same with other sports like say tennis, or even running. Table tennis is like meditation.” It is this quality of the sport that allows him a couple of hours of pure adrenaline and joy away from the hassles of work and anything else that may be on his mind. Bhargava says that playing a sport like TT allows him to make friends outside of his work and typical social circle. “When you play, it does not matter that you are a CEO and the opponent is maybe an office boy. All that matters is how good you are at the game.”

He plays the sport every morning at his academy. After reviving his familiarity with the sport, Bhargava bagged the bronze medal in the 39+ table tennis nationals held in 2015. In 2017, he won a bronze medal in the 40+ mixed-doubles category. And in 2016, Bhargava participated in the world table tennis championship held in Spain. While he says it was a disaster because he lost, we disagree.

After the loss, Bhargava had decided not to take part in the world championship but the venue of the 2018 championship is calling out to him. “Last Vegas toh jaana banta hai yaar,” he says. And if it's Vegas, will Bhargava gamble? “Of course!”

For now, Bhargava is all pumped up to be backing the Challengers team in the ongoing Ultimate Table Tennis League.

Bhargava also plays chess, a sport he took up since his school days. He has not kept up with it as much as he has with TT, but his skills are still as sharp. Six months ago, he had the opportunity to butt heads with former World Chess Champion Vishwanathan Anand. Recounting the match, Bhargava says, “I lasted for 62 moves, ideally he would have won, he was two pawns up.” But the day came to a close and the game ended before Vishy could make his moves. “I am proud to have not lost to him.”

A learner at heart, Bhargava uses his weekends to pick up new skills, be it speed reading, news anchoring or stand-up comedy. The TEDx speaker in him says that nothing else can improve his talks like a good dose of stand-up. A man of varied interests, he is a trained paraglider and has also learnt paramotoring.

Bhargava who generally travels 15 days in a month sneaks in some binge-watching while he is traveling. Work and pleasure have taken him to 55 countries across the world; unfortunately, he has not been able to explore every city/country he has visited as much as he would have liked to. That said, Bhargava makes the most of his trips. “I have jumped into a frozen lake in Finland… twice.” He says that he lives to do new and interesting things.

Bhargava's passions are not restricted to travel and TT; he is a self-confessed single-malt and coffee connoisseur. With food there is nothing he dislikes, he says. “I eat it or drink enough number of times to start liking it.”

This year, Bhargava hopes to improve his TT skills and attend camps to learn new skills and ideas. We won’t be surprised with what Bhargava does next though! 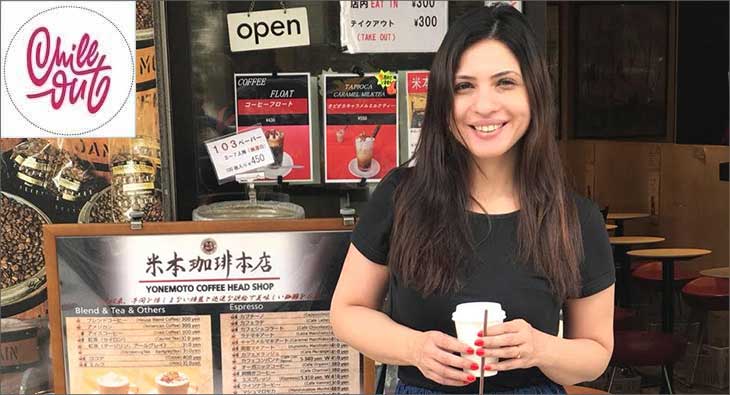