Prodigious, a Publicis Groupe company, has announced the appointment of Varun Shah as Head & Senior VP. Varun joins Prodigious from Dharma 2.0: Dharma Productions where he was Executive Producer working on branded content creation and production and managing its roster of film directors including Karan Johar, Punit Malhotra, and Shashank Khaitan, among others.

Prior to his work with Dharma, Shah was a Producer at Love & Faith Films where he led ad-film production with Director Milind Dhaimande. During his stint here, Varun produced “Waterbaby” which won him the “Best Debut Film of a Director” at the 65th National Film Awards. Waterbaby went on to be shortlisted in over 30 international film festivals and even won 8 Oscar/Bafta Nominations. He also produced “Tu Hai Mera Sunday” with Milind Dhaimade, which premiered worldwide at the BFI London Film Festival and won several international accolades.

Following his M.A in Film Direction and Production from the New York Film Academy, Shah began his career as an Assistant Producer for Jamin O’Brien, and later on, joined Speaking Tree Pictures where he was in charge of International Production Liaison & Production.

Speaking on the appointment, Saurabh Varma, CEO, Publicis Communications, said, “In just over 20 months, Prodigious has grown to become India’s largest advertising production house. This means an exponential increase in the volume of work. We wanted to bring someone on-board who could help lead Prodigious along with Chahna, who has done a commendable job. We found Varun to be the perfect fit. I have complete faith in Chahna and Varun to take Prodigious to even greater heights. I welcome Varun to the Publicis Groupe family and wish both Chahna and Varun the very best.”

Commenting on his new role, Varun Shah said, “Being in the film and ad film business for over 12-years, I knew this was the right time to join the advertising industry which is going to go through a tumultuous change. We’re already seeing the shift when you compare films that were produced 5 years ago with today’s films. We’re seeing bolder films and various formats we’re experimenting with. I’m excited to join the team at Prodigious, who has led this change from the front and created some incredible work for an envious set of brands. I’m especially looking forward to working with the talented team here, and keeping up the momentum”

Credibility & relevance of content key to growth of a news organisation: Aroon Purie
15 hours ago 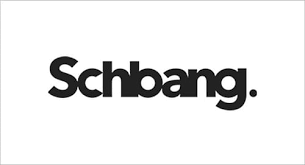