WATConsult, from the house of Dentsu Aegis Network, has bagged the Grand Prix at the just concluded Prague International Advertising Festival (PIAF). It is also the only Indian agency to win a Gold for its #PowerlessQueen campaign. The digital and social media agency brought home this win under the ‘The Principal of Game’ category.

It is pertinent to note here that #PowerlessQueen is the world's first digital chess game. Designed, created and launched by WATConsult, the campaign was an attempt to spread awareness about the plight of women within the Indian society and raise donations for Project Nanhi Kali to empower education for the girl child. 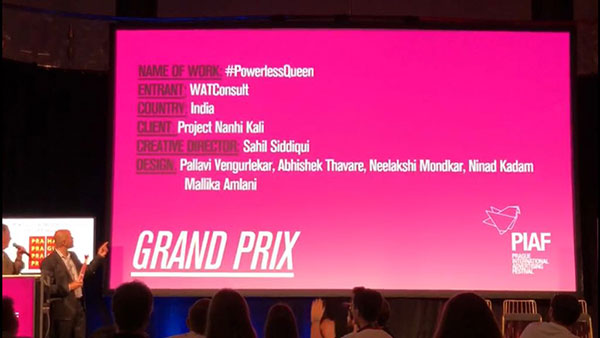 In this version of the game, the first player had a Powerless Queen to play with - a queen who couldn’t move; the second player’s queen, on the other hand, was the powerful one. Queen being the most powerful piece on the chessboard, #PowerlessQueen was a metaphor on how real-life queens, i.e. the women in India, are not allowed to explore their basic rights to education, which leads them to becoming powerless.

Rajiv Dingra, Founder and CEO, said, “We are very proud to have achieved this prestigious global award for our #PowerlessQueen campaign. The campaign is a reflection of the growing creative capability at WATConsult and our drive to do path breaking work. We hope to win at more such global awards in the coming days.” 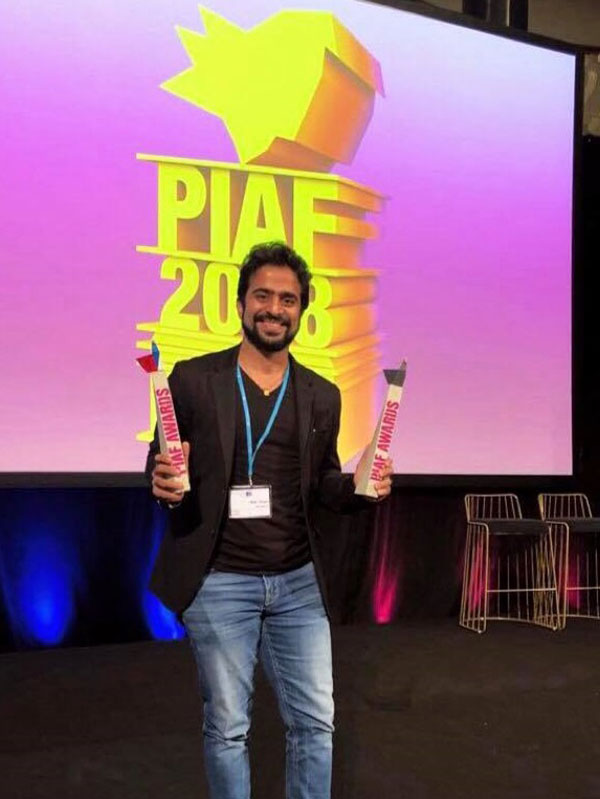 The campaign was widely covered across many national and international news platforms including print and broadcast. It also created a lot of buzz on social media, thus, garnering donations worth 40,000 hours of education for girls. The challenge was accepted by many renowned personalities from the chess fraternity wherein many ace players, too, lost the game. The idea highlighted the fact that it is not easy to win in a game of chess – also a metaphor in society, clearly hinting that societies cannot win if their queens (women) are not empowered. For records, PIAF Awards have been bringing a new perspective on creativity since 2010 with its top class jury which judges entries in all categories with the same intensity. The awards show is known for its high standards for the judging that preclude an awards inflation. Each year, approximately 50 awards are given out at PIAF.

Hello CNN, BBC and the World Media – Time to tune into India
21 hours ago