The trailer of the movie received 20 million+ views on YouTube, and the official teaser which was released on December 12 garnered 14 million+ views

Superstar Rajinikanth’s Pongal release movie, 'Petta', underlines one fact that the actor is unstoppable even at the age of 68. The legendary Rajini is back with swag in his 165th movie and the 2 hour 52 minute movie is a pure tribute to the star which has many fan boy/fan girl moments. The movie was released on January 10 to a huge response from fans and celebrities across the globe. The film directed by Rajini fanboy-Karthik Subbaraj has an ensemble cast including Nawazuddin Siddiqui, Vijay Sethupathi, Simran, Trisha, Sasikumar, Boby Simha etc.

The movie was made at a budget of around Rs 161 crores and has already raked in millions in terms of satellite, distribution, and audio rights. The reservation for the movie started on January 5 and reportedly it has fetched around $315,000 at US Box Office through pre-sales. The distribution rights for the movie in Tamil Nadu is reportedly sold for Rs 55 crores and the overseas distribution rights for Rs 40 crores. The distribution rights for Kerala and Karnataka stood at Rs 12 crores and Rs 8 crores respectively. As per reports, the audio rights were sold for Rs 3.5 crores. Reportedly, the Telugu version of the film has done a pre-release business of Rs 25 crores. According to media reports, the digital and satellite rights of the movie is sold to SUN TV for a whopping Rs 45 crores.

Asian Paints is associated with the movie and the brand has released a 30 second video on Asian Paints Royale Health Shield with few scenes from the movie.

Tata Sky too did an engagement post on their social media handles. 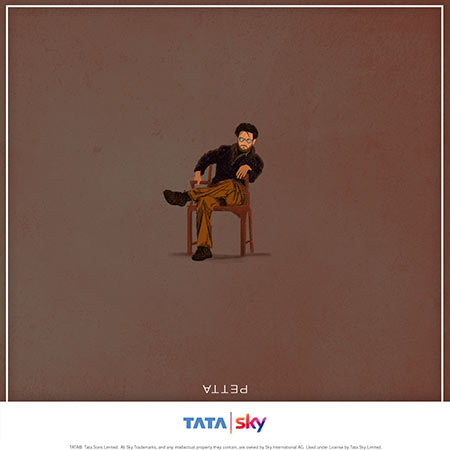 The producer of ‘Petta’ - Sun Pictures on their official Facebook page came up with few promotional initiatives. A post from them asked the audience to show their excitement about the release of the movie by taking a picture of the ticket and sharing it with them using #PettaParaak. 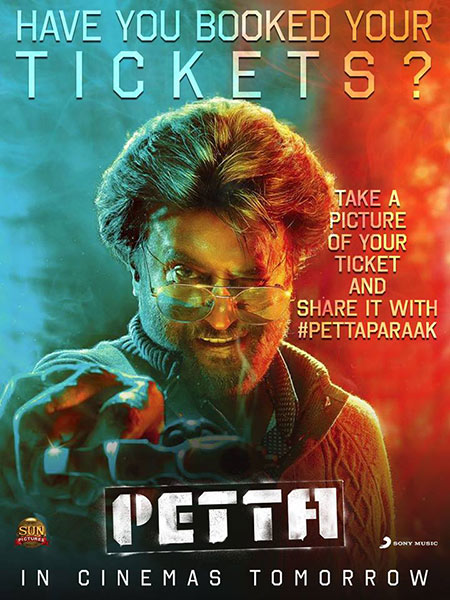 Sun pictures introduced Petta Filter and asked the audience to share the video with #pettafilter as part of promotional activities.

They also released WhatsApp stickers and it is available on Google Play store.

Local fans and celebrities have reached out to social media platforms to express their love for Rajini. A video of actors Dhanush and Trisha hooting and clapping while watching ‘Petta’ at a movie theatre has also gone viral.

advertising Festive bonanza for early-stage startups, but will it reflect on AdEx?
7 hours ago