No replacement for Pratap Bose

Bose quits DDB Mudra Group after a six-year stint. He is currently weighing in the job opportunities & said that his decision to quit stems from Madhukar Kamath getting a four-year extension

Speaking to exchange4media, Pratap Bose said, “I left Ogilvy to create a group that is more than advertising; I have completely enjoyed both my roles. One as COO, guiding the group through strategic decision making; the second role was at DDB MudraMax, which today has great equity and is regarded as one of the best when it comes to experiential and engagement. We built a terrific team and the group has won over 500 awards during my stint, which is also an acknowledgement of the work we did.”

When asked whether his sudden exit stemmed from Madhukar Kamath receiving a four-year extension, Bose replied, “Yes, and once I have taken a decision, I believe in acting on it as soon as possible.”

“He wishes to pursue his own agenda and we wish him well,” commented Madhukar Kamath, Group CEO & Managing Director, DDB Mudra Group on the reason for Bose’s exit.

The process of transition has been discussed and implemented. Bose will be in the DDB Mudra office till the end of this week, and will be available to Kamath for any counsel for the next few months. However, there is no replacement in the offing for Bose’s role.

Kamath added, “Pratap has been with the DDB Mudra Group for close to six years. During this time, he has been a valuable member of our senior management team, leading one of our most successful and dynamic agencies – DDB MudraMax. He leaves DDB Mudra Group with a strong legacy. We wish him well and the very best in his future endeavours.”

“Pratap has definitely helped build and lead a strong entity in DDB MudraMax.  However, the success of DDB MudraMax is also testimony to the excellent team effort across the various Business Units such as Out-of-Home, Experiential, Retail and Media. These businesses have been led extremely well by Mandeep, Aneil Deepak (Andee) and Sathyamurthy. They have able lieutenants such as Samir Khanna, Rohit Samarth, Pradeep Ramakrishnan, Subhashish Sarkar, Sameer Mehta, Anilkumar Sathiraju, Navin Kathuria, Spencer Noronha, Sonia Lal and Gopalkrishna Nair. The team of Mandeep, Andee and Sathya will now take on the reins and leadership of DDB MudraMax and work closely with me,” Kamath further said.

As reported exclusively by exchange4media, Bose had put in his papers in the last week of March. (Madhukar Kamath & Pratap Bose deny Bose's exit from DDB Mudra Group)

exchange4media was also the first to break the news of his exit.  (Pratap Bose to exit from DDB Mudra Group as COO)

Bose had joined DDB Mudra Group from Ogilvy & Mather in 2008, where he worked for 15 years in various capacities, and went on to become their youngest CEO in 2006.

Agency leaders, get out of the board room & make human connections: Per Pedersen
2 minutes ago

Spends on Covid-19 vaccination campaigns can be considered as CSR: MCA
2 days ago

Agency leaders, get out of the board room & make human connections: Per Pedersen
2 minutes ago

'In times of distress, customers can hide but responsible brands cannot'
14 minutes ago 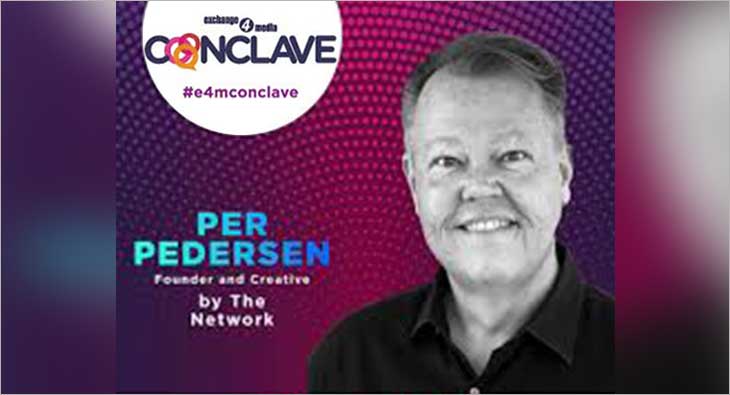 advertising Agency leaders, get out of the board room & make human connections: Per Pedersen
2 minutes ago

advertising Spends on Covid-19 vaccination campaigns can be considered as CSR: MCA
2 days ago