The Big Bang Awards for Excellence in Communication and Media were given away during a function held at The Ritz Carlton, Bangaluru on September 28 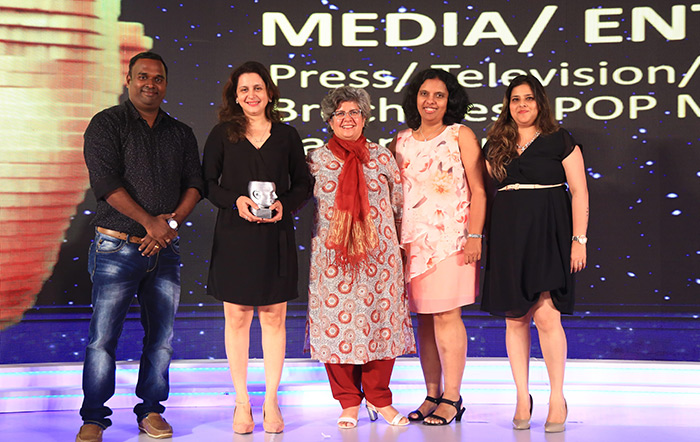 The Big Bang Awards for Excellence in Communication and Media were given away during a function held at The Ritz Carlton, Bangaluru on September 28.

Hemant Mallik, Chief Executive, ITC Foods, in his keynote address said, “The advertising agencies have a bigger responsibility now in the internet era. The challenges posed by social media can undo a great advertising campaign. Agencies have to learn to respond to such challenges quickly and aggressively."
Commenting on the awards, Malavika Harita, Chairperson, Big Bang Awards Committee, said, “We have made every effort to recognise talent and acknowledge it. The fact that the Jury had a tough task at hand was evident from several new faces amongst the winners. Keeping in line with the #FortheLoveofAdvertising, the participants displayed it’s not merely a profession but a creative platform." 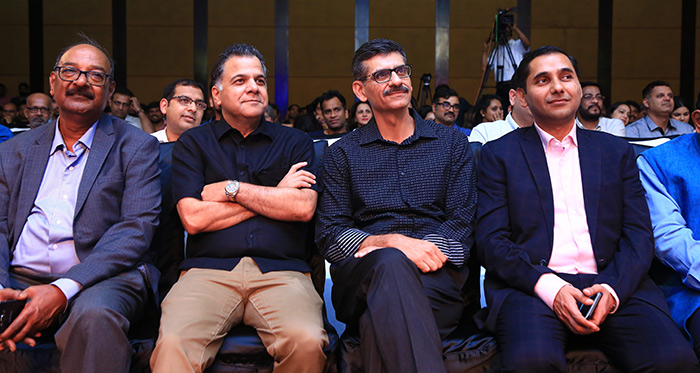 “I have a very old association with The Advertising Club Bengaluru having been its office bearer, I am glad that the Big Bang Awards have become such a coveted affair. I look forward to them being re-named BIGGER BANG Awards,” said Raj Nayak, COO, Viacom18 during his interaction with Prabhu Kannan, VP Marketing Technology, Eplison India. Nayak highlighted the emergence of tech tools in the creative field which till a few decades ago was dependent on paint brushes, pencil sketches etc. 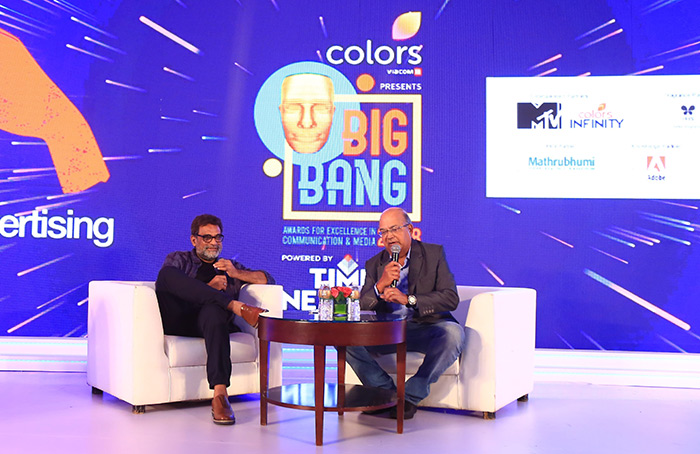 Another special highlight of the event was the presence of ad guru and now film director R Balki. In his interaction with Sridhar Ramanujam, Balki recalled his years in the advertising world. “The advertising industry is going through a churn as it sends ripples across the industry, but things should stabilise in maximum two years' time,” said Balki.
This year the Big Bang awards were presented under several categories . The Awards once again saw The Advertising Club Bangaluru keeping the assessment process fully transparent with an online jury selection process. A panel of 46 senior Advertising, Marketing, Media, PR and Digital industry experts and thought leaders were deployed by The Advertising Club for the same.
Commenting on the win, Prasanth Kumar, CEO, Mindshare South Asia, MENA & Africa said, “These awards mean immense motivation for us and we see them as an appreciation for the efforts we put in driving excellence for our clients. We thank the Jury for putting loads of time to evaluate and recognize the work we are doing across our clients.”
“We are the only Indian Ad Club using a sophisticated Online Jury Process. Every jury member scores independently based on the facts presented in the Entry form. No jury member knows who else is in his group and the identity of the entrant," explained, Arvind Kumar, Executive Director of The Advertising Club Bangaluru.
The club uses a state-of-the-art Online Platform in association with Global Best Awards of USA to receive, collate and judge entries online, on par with other International awards.

advertising ‘You Hold the Cards’, says Shahid Kapoor for PokerBaazi.com
1 day ago