Pratap Bose to exit from DDB Mudra Group as COO

Highly placed industry sources indicate that Bose put in his papers in the last week of March. He has been with DDB Mudra Group since 2008

Pratap Bose is exiting from DDB Mudra Group as COO, highly placed industry sources have confirmed. He had put in his papers in the last week of March, as exclusively reported by exchange4media.

Bose is also member of the operating board at DDB Mudra Group. He had joined DDB Mudra from Ogilvy & Mather in 2008, where he worked for 15 years in various capacities, and went on to become their youngest CEO in 2006.

In his media capacity, Bose is also the Chief Executive Officer of DDB MudraMax, the Group’s Media, Out-Of-Home, Retail and Experiential agency.

In the DDB Mudra Group, he set up the Integrated Communications Planning platform and built the framework for DDB MudraMax.

Bose has quite a few awards to his name. In 2000, he won the WPP Atticus Award. He has also partnered creative to win numerous international outdoor awards at Cannes, Clio, London International and the One Show Awards. 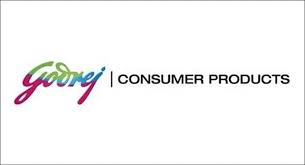