Distributor has published ads for subscribers to question MSO for not putting Zee & Turner channels on a la carte. Hathway had also failed to pay the outstanding subscription fees at the rate of Rs.21.60 per subscriber, according to reports

The dispute between Zee Entertainment Enterprises Ltd. (ZEEL)’s distribution arm, Taj Television, and Hathway Cable and Datacom has worsened with the distributor issuing advertisements in dailies against the multi-system operator (MSO). According to media reports, the ads ask subscribers to question them regarding why Zee and Turner channels have not been put on a la carte.

The ads are further said to ask subscribers to shift to an alternative DTH and cable service so that they can continue to enjoy uninterrupted broadcast of Zee and Turner network channels. It also calls for subscribers to call up the MSO operator and ask them a reduction of their monthly charges as they are no longer present as part of the monthly offering.

Reportedly, the problem erupted after Taj Television recently switched off the signals to Hathway for a total of 42 channels under Zee and Turner after the end of the 21-day notice period which ended on July 31, after both had failed to reach an agreement regarding the carriage deal. Further to this, according to reports, Hathway had also failed to pay the outstanding subscription fees at the rate of Rs.21.60 per subscriber from April to July as directed by the Telecom Disputes Settlement and Appellate Tribunal (TDSAT). While TDSAT has given an interim order directing Taj Television to restore the signals to Hathway, it has also directed the MSO to make the outstanding payments due to the distributor. It has also allowed Hathway to put Taj Television on RIO from August 1.

Radio industry: Trends to watch out for in 2021
20 hours ago 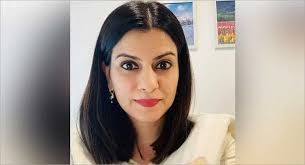 media-tv Truth is a scarce commodity these days: Vir Sanghvi
19 hours ago