According to IAMAI, the number of mobile internet users increased by 17.22% from December 2016 to reach 456 million users by December 2017 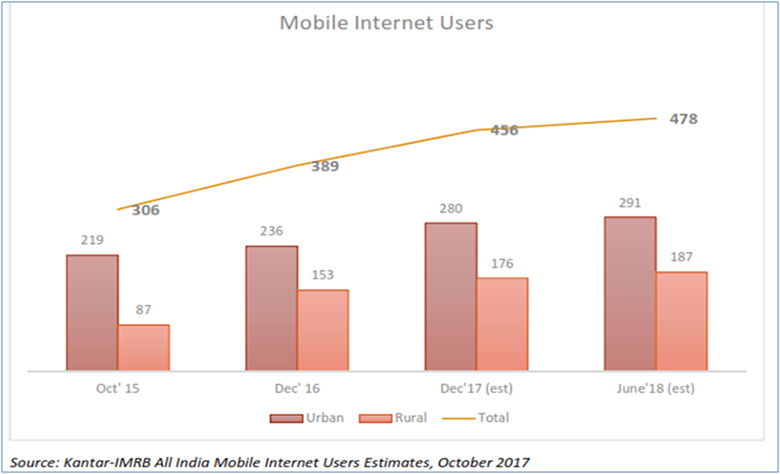 According to the report, the number of mobile internet users increased by 17.22% from December 2016 to reach 456 million users by December 2017. Urban India witnessed an estimated 18.64% Y-o-Y rise, while Rural India witnessed an estimated growth of 15.03% during the same period. With 59% penetration, Urban India is expected to show a slowdown, while Rural India with only 18% mobile internet penetration is clearly the next area of growth.
The report further finds that Mobile Internet is predominantly used by youngsters, with 46% of Urban users and 57% of Rural users being under the age of 25. Urban India has around twice the proportion of users over the age of 45, while the age range of 25 to 44 has almost equal distribution of users in Urban and Rural Areas. 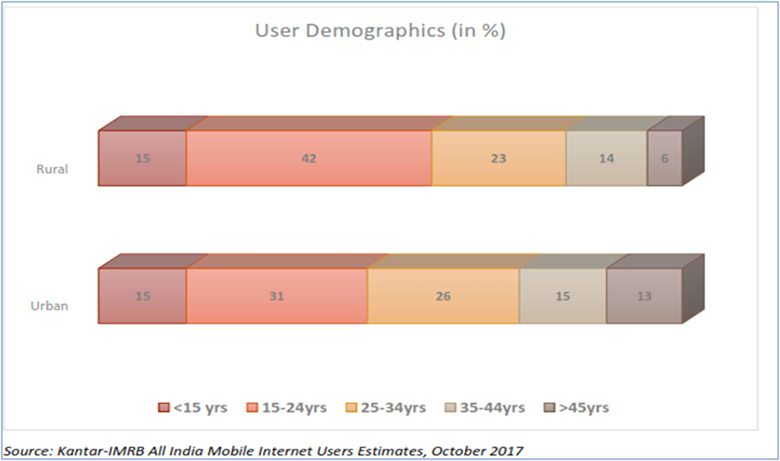 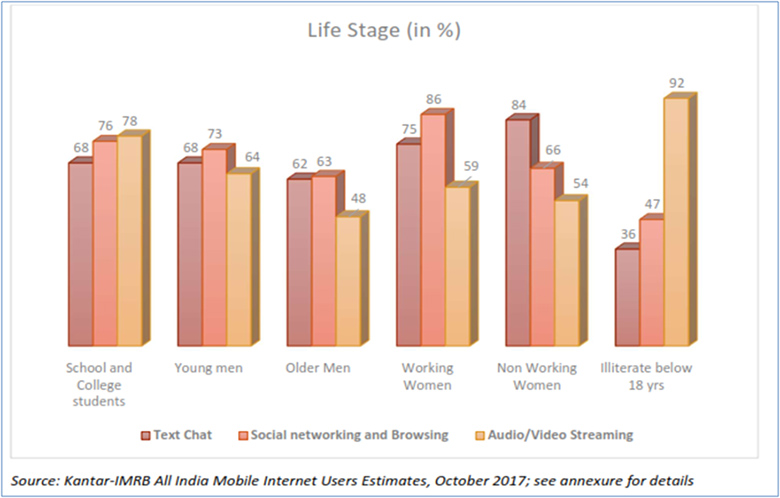 Affordability on Mobile Internet has been the primary factor for the huge popularity of the service; so much so that internet penetration in India is being driven by Mobile Internet. 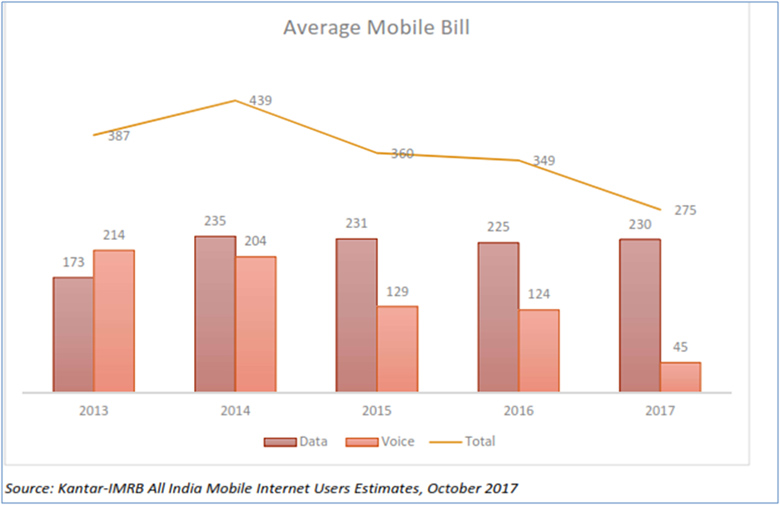 Expenditure on Voice has been steadily decreasing from 2013; and with the popularity of VOIP and video chatting, the expenditure on voice services has decreased drastically in recent times. This in turn means that there is a rise in proportion of Data expenditure in comparison to Voice expenditures for most users. In just 5 years from 2013 to 2017, the ratio of Data:Voice went from 45:55 to 84:16.

IAMAI stated that the mobile Internet ecosystem comprises of various stakeholders such as, telecom operators, handset manufacturers, and internet service providers. The growth of mobile internet can be attributed to the positive developments by each stakeholder. Handset manufacturers have been producing more affordable smartphone/featurephones, while telecom service providers are now offering better connectivity at more affordable prices.

However, mobile internet usage is still limited to few specific service categories. The advent of digital entertainment has had considerable impact on mobile internet usage. Streaming services have a symbiotic linkage with usage growth. Many telecom service operators now bundle subscription of such services to lure customers; while the latter are more likely to take-up higher quality connections to ensure lag-free streaming and better audio/video quality.

Going forward, NTP 2018 with focus on new technologies like 5G is expected to promote better quality data services at more affordable prices and can be expected to help address the digital divides and promote internet penetration in the rural areas via mobile internet.

The IAMAI is a professional industry body representing the digital and mobile content industry in India. It was established in 2004 by leading online publishers, but in the last 13 years has come to effectively address the challenges facing the digital and online industry including online publishing, mobile advertising, online advertising, ecommerce, mobile content and services, mobile & digital payments, and emerging sectors such as fin-tech, edu-tech and health-tech, among others. The association is registered under the Societies Act and is a recognized charity in Maharashtra.

Purpose is what makes the organisation: Anurita Chopra, Haleon
1 day ago

Find the job that is perfect for you, says Monster as it rebrands as FoundIt
15 hours ago

marketing Purpose is what makes the organisation: Anurita Chopra, Haleon
1 day ago