Percept/H has bagged the business following a multi-agency pitch that included agencies such as Dentsu, Grey, Concept, etc.

Percept/H has won the creative duties of ‘Bharat Nirman’, a set of flagship programmes initiated by the Government of India for the development of rural India. It was a multi-agency pitch that included seven renowned agencies such as Dentsu, Grey, and Concept, to name a few. The pitch took place in the month of July.

The vision behind the Bharat Nirman project is to provide opportunities and facilities for the betterment of the rural population. Since its launch about six years ago, Bharat Nirman programmes have benefited rural masses across the country. The communication had always projected the schemes as an opportunity to improve and empower the lives of people, and the focus this year is to project the change that people have experienced in their lives through these schemes.

The brief to the agency was to project the Bharat Nirman programmes as the ‘right’ or ‘haq’ of people, which the Central Government is providing and fulfilling. Percept/H took the approach to communicate the change in people’s life once they demanded their ‘haq’ and got it.

Commenting on the execution of the campaign, Rajiv Agrawal, Executive Creative Director, Percept/H observed that till now the Bharat Nirman campaign has really been from the point of view of the Government and not from the point of view of the people. In a sense, it has tried to highlight the achievements of the Government rather than communicate a sense of empowerment to the people, who form the core of these programmes.

“This is what we corrected. It’s a people’s campaign this time around – exhorting them to claim their right. It is classic storytelling which attempts to engage the audience in a warm, aggressive campaign. Also, the look-feel is deliberately different, non-sarkaari. I believe that social campaigns should not be any different in look and feel from brand campaigns. The principle remains the same – you are trying to engage your audience by providing them a sound reason-to-believe,” said Agarwal.

The jingle of ‘Bharat ke is Nirman pe haq hai mera’, directed by Paresh and Naresh Kamath and sung by Kailash Kher and Neha Bhasin, embodies the emotions of people who have taken their rightful ‘haq’; it also reflects the pride associated with the positive change that the people of India are empowered to bring about in their lives.

The campaign has been conceived and developed by the creative team headed by Agrawal of Percept/H for TV, print and radio. The uniqueness about this campaign is not just about reaching the rural masses by the width of its media usage and reach, but more importantly, in the way this campaign has been creatively conceived, designed and produced to ‘connect’ with the rural masses.

The seven programs covered in this campaign are across film, print and radio, plus a 90-sec film. These films have been sensitively produced and filmed by Pradeep Sircar and his Apocolypso team with Joydeep Sircar directing all the films.

The campaign is being executed through a complete 360-degree approach with print, TVCs and radio. “The logistical challenges of executing the TVCs were immense: seven programme TVCs and one overarching jingle TVC, four language masters for each, making it a total of 32 master films and dubs in seven languages of each film, making it 56 dubs. So in all a total of mind boggling 88 films!” added Agrawal.

Commenting on the win, Amitava Mitra, COO (North), Percept/H said, “Bharat Nirman has always been an extremely prestigious project for us and it was a matter of great pride for us to win it. The complexities involved in the execution of the campaign were extremely challenging with multiple programmes, languages, etc. But at the end of it is a hugely gratifying and satisfying experience.” 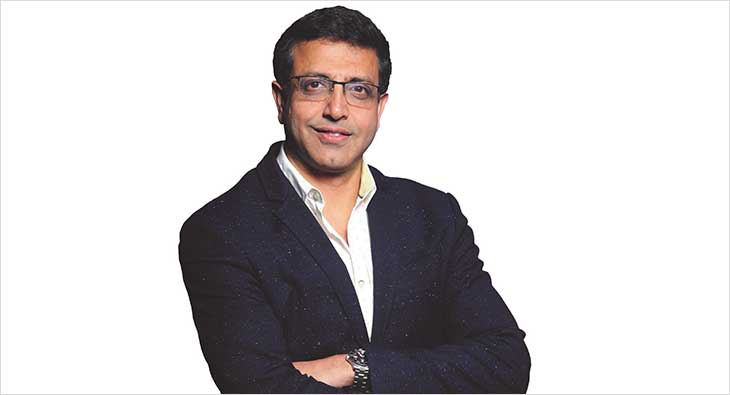