IPRCCC witnessed a fabulous conversation between Dr Anurag Batra, Chairman and Editor-in-Chief of exchange4media and Ssumier S Pasricha a.k.a Pammy Aunty of the Youtube comic genre.

IPRCCC 2019 witnessed an interesting conversation between Dr. Annurag Batra - Chairman Editor in chief, exchange4media & BW Businessworld, and Ssumier S Pasricha a.k.a Pammi Aunty.
Pasricha shared his inputs on the 3Cs: Comedy, Culture & Communication and spoke on the importance of communication. He also presented his Pammy Aunty act towards the end of the session.
When asked about the importance of comedy in communication in bringing a cultural change, Pasricha said comedy plays a crucial role in today's time. Comedy is an important tool in disseminating a serious message in a fun way, he added.

“Whenever anyone gives a serious lecture we hardly listen. But when comedy comes in, people start listening. That's why I love to disseminate messages comically."
His popular character, Pammi Aunty, is a product of social media. When Mr Batra asked his thoughts on social media, Pasricha said, initially, social media was a platform for exchanging thoughts but now it has become a competitive and stressful platform.

Although the best thing about social media is that it let’s you put your voice in front of the world but today people are also using it in a negative manner, he asserted.
Asked about his future plans, Pasricha revealed: “I want to come up with a talk show but not the one where only big Bollywood celebs come. Instead I want to bring a show where I can call people from different fields, people who have started their journey from zero and become hero by working hard."

On being asked who would be the top five people he would want to call on his show, Pasricha said it would be Rishi Kapoor because one of his tweets changed the life of Pammi Aunty, Chef Vikas Khanna because of his amazing Punjabi connect, Sushma Swaraj because he feels she has been the best Foreign Minister in the history of India, singers like Diljit Dosanjh and other such people who have become big at their own.

Furthermore, talking to Mr Batra, Pasricha shared a few instances from his personal life that changed him as a person. One of such instances is when he stepped out of school and realized that life is much more than what he has always thought as a kid. Meanwhile, he also enacted Pummi aunty on CAA bill and article 377.

Coming to the end of the conversation, Pasricha said that communication is the essence of everything and if done properly, it can avoid all the negative outcomes. He stated the example of the CAB protests going on in the country.

"There is a lot of misunderstanding on CAB amongst the citizens, if PM Modi or anyone from his party have communicated things properly, then today's situation would have been different. If they have clarified each and everything to the citizens in a clearer way, probably the mass protests could be avoided or controlled," he concluded.

Nazara turns profitable in Q1 with consolidated PAT of Rs 13.6 crore
11 hours ago 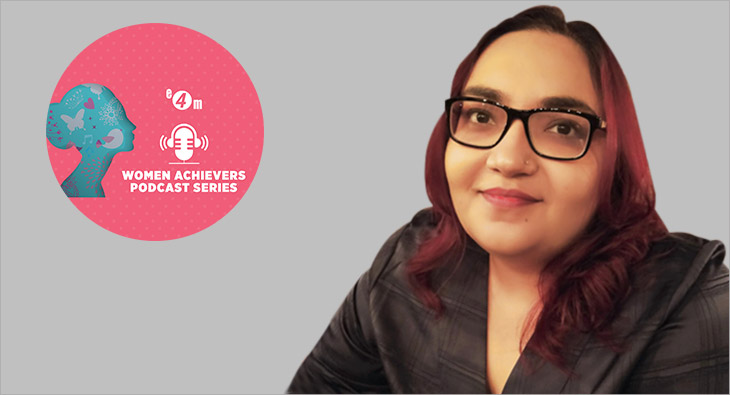 pr-and-corporate-communication Look up, look around and adapt to technologies: Radhika Mehta
11 hours ago