Domino's Pizzagate: Is it right to pan the brand for having an emotional response?

Carlsberg excelled in beer; they gifted it to Neils Bohr in 1922 when he won a Nobel prize. A century later, in 2021, a similar gesture was shown by industrialist Anand Mahindra. He has great automobiles, so he gave them to the debuting Indian cricketers starring in a memorable win.

In between, too, many others have celebrated a momentous occasion of another with impromptu offerings of what they excel at. Even governments offer what they have to champions – job, money, felicitation. The Manipur state government has appointed our triumphant Olympian Mirabai Chanu as Superintendent of Police. That is the power and privilege of the state with which they have graciously felicitated the champion.

Why then the pizza major Domino’s offering pizzas – a product it excels in – on hearing a triumphant Mirabai’s desire to have some, become so much of a debate?

An Olympic win is a huge achievement, especially for us Indians, where medals accrue only after long patient waits. Who amongst us did not feel elated on hearing about Mirabai Chanu’s silver win? Each one of us had an emotional response to the historic event.

Similarly, brand Domino’s too had an emotional response on learning about Mirabai's win and hearing what the champion wished for. It was the right response from the right brand at the right time!

But the impassioned debates questioning the brand’s motives on the same in the environment around us imply unsavoury intentions. Should brands, then, hold back on their emotional responses? Did these experts want Domino's to wait, call a marketing huddle, think through a great strategy, waste a few hours and then respond with a full jingbang and fanfare to what was a purely instinctive and emotional reaction?

Pizza is an ‘in the moment, consumption product’ - you gotta serve it, hot baby! Metaphorically, right in the moment, else the moment and emotion both are lost.

Amul too has a long history of advertisements based solely on the emotional reactions to people, triumphs, events, and excellence – and each of those responses is well-thought-out on the storyboard first. Yet, the brand gets only appreciation for its emotional response, which is clearly a well-thought-out long-term advertising strategy.

Many are accusing Domino’s of exploiting Mirabai’s moment. But is it exploitation? Exploitation is too harsh a term in this context. If the accusation stands true, then all subsequent felicitations, planned photo-ops with the champion should also be categorized as exploitation.

By this corollary, all of us who have been the first to post a triumph of a public figure on a social media platform, an achievement, which is not ours, are guilty of exploitation – using someone else’s triumph to further our own personal brand.

A retweet, a hashtag, a repost can also be construed as taking advantage of the popularity of the primary post. But that is how the new media works. In this aspect, new-age communication is not a one-way deluge that just simply drowns you and leaves you stunned. Instead, it is akin to a river flow that allows you to contribute, respond and add to the communication. Responding to its ecosystem is a part of Brand Communication.

A major part of Brand Communication is about establishing a clear and relevant emotional connection with the right audience in the right context at the right time. Moments pass in a blink, rendering delayed emotional responses useless.

The champion wanted pizza and India’s biggest pizza brand was listening. Instead, if it had offered a Jaguar or sponsorship support at that moment, the brand would have looked foolish, despite being the most loved pizza brand in India.

For our Mirabai, a pizza was the epitome of celebration in her moment of glory. Domino’s joined in the celebration with a piping hot pizza in hand and an offer of a lifetime while all others missed the bus. Domino’s heard when the winner spoke, tick-marked all the right boxes at the right moment, and ‘Carpe Diem’ed all the way to Manipur and on to Tokyo and straight into our girl’s heart. It did not shy away from its instant emotional response.

Will this gesture lead to an extended association? Now that calls for a marketing huddle. Dissing the brand for a fitting gesture is marketing we do not understand.

With a pizza in her hand and glistening eyes, our national hero was satiated after a long wait and India felt satiated with her at that moment. The pizza brand did its job both with its product and its communication.

Let the experts keep debating what form of marketing it was. Do we care? 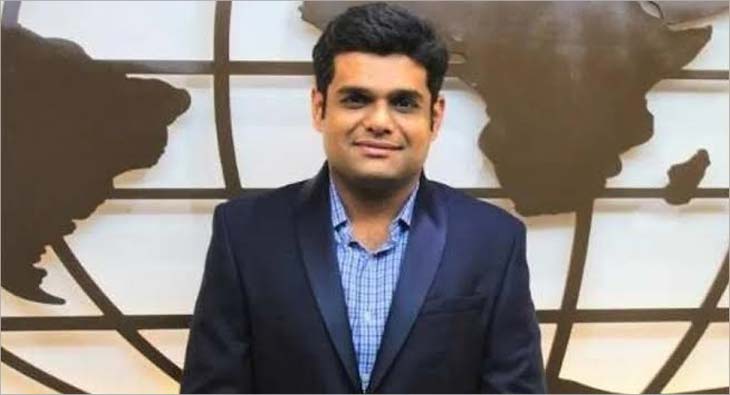