Leading broadcasters are leaving no stone unturned to emerge at the top of the English news television space. Shortly after the News Broadcasters Association (NBA) wrote to the Telecom Regulatory Authority of India (TRAI), requesting it to initiate action against Republic TV for broadcasting on multiple frequencies, similar allegations were levelled against other broadcasters by their newest competitor. Highly placed sources at Republic TV, unwilling to be quoted in the media, told exchange4media that members of the NBA were themselves guilty of the practice.

Referring to competing news channels, the source said, “They have been running on dual feeds for the longest time ever.” Revealing that Republic TV had recently applied for NBA membership, the source added that it would be a good idea to investigate where these channels ran their dual feeds from. However, amidst all this, India Today TV issued a disclaimer denying any allegations of broadcasting the channel on dual feeds.

The word emerging out of Republic TV wasn’t entirely without merit though. In the summer of 2015, Headlines Today rebranded itself as India Today TV. To the surprise of many, the channel soon toppled Times Now from the numero uno position by resorting to a dual feed. The unprecedented move had its consequence for India Today TV who “received a rap on the knuckles” from the concerned authorities for disturbing the level playing field. An industry source narrated how the broadcasters under the umbrella of NBA had unanimously decided then to abstain from indulging in such tactics in the larger interest of the industry.

But this wasn’t the only time when the issue of broadcasting on dual frequencies took centre stage. Three months ago, in February, ET Now had also accused CNBC TV18 of doing the same to gain an upper hand in television ratings during budget week. “TV18 has adopted an unethical and wrongful practice of replacing the feeds of its networks/bouquet channels with the feeds of CNBC TV18,” alleged Times Network.

A few weeks later, TRAI received a nod from the Supreme Court to notify its tariff order and interconnect regulations. A provision of the notification, dated March 3, 2017, saw a mention in the complaint letter against Republic TV and conniving multiple system operators (MSOs), distribution platform owners (DPOs) and distributors. “It shall be mandatory for the distributor to place channels in the EPG in such a way that the television channels of the same genre are placed together consecutively and one channel appears at only one place,” it said. It is important to note that the constitutionality of TRAI’s tariff order is itself facing legal challenge before the Madras and Delhi High Court.

While multiple feeds enhance a channel’s visibility and viewership chances, it does come at the cost of increased carriage fee. Speaking to exchange4media, a source in the know-how of developments, explained that it could lead to a battle of sorts between networks capable of spending big money on carriage fee. The source mentioned that it was going to eventually blowback on the broadcasters with the industry taking a financial hit due to the unsustainable nature of the decision.

“The first guy who breaches should be penalized,” said a source, adding that if the initial offender is not checked, then others will also go scot-free. Through the use of multiple feeds, an English-language news channel can comfortably manage to sit between Hindi movie channels, thereby giving it an unfair advantage. Sources told exchange4media that competing channels would have to resort to multiple feeds as well since they can’t wait for Republic TV to put them out of business.

Broadcast Audience Research Council (BARC), an industry body dedicated to measuring television viewership, could very soon find itself caught amid this slugfest of broadcasters. Launched on May 6, the first glance of Republic TV’s television ratings will come out later this week when BARC publishes the ratings for Week 19 i.e. May 6–12, 2017. Having sensed the disruption caused due to the availability of Republic TV on multiple feeds, broadcasters are wary of it emerging as the top channel owing to the alleged irregularity. Urging BARC to take cognizance of Republic TV’s reported actions, a source argued in favour of either withholding the ratings for the week or clearly labelling it as one obtained via multiple feeds.

Interestingly, the story does not end here. In the case of the ratings turning out to be as anticipated by Republic TV, there is a huge possibility of Arnab Goswami’s channel claiming victory in the mega battle between David and Goliath. To counter the same, a senior broadcaster noted that such an action would be in contravention with BARC’s guidelines for reporting channel leadership. These guidelines make it mandatory for the viewership data to be “for at least 4 consecutive clock-hours and for 4 consecutive weeks” before a channel can stake claim to the leadership of a genre. In the event of the guidelines’ violation, broadcasters are free to approach the Advertising Standards Council of India (ASCI) for redress. However, the source confided that the damage may well have been done by Republic TV if the matter reaches that stage where other broadcasters are forced to opt for that route. 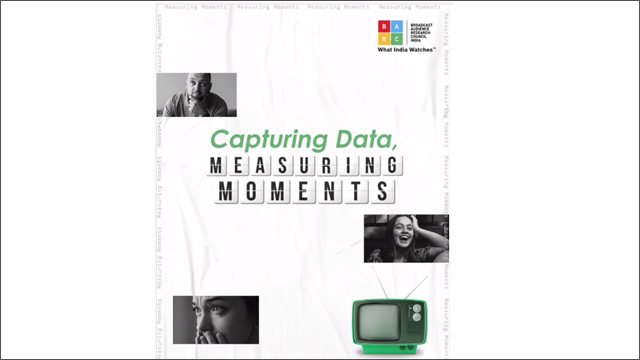