You can't expect any one advertising campaign to prove that your brand is authentic: Cathy O'Dowd

Cathy O’Dowd, adventurer, author, and inspirational speaker was invited to talk on her expedition to Mt. Everest at the Pitch CMO Summit

At the Pitch CMO Summit held in Mumbai on Friday, Cathy O’Dowd, adventurer, author, and inspirational speaker was invited to talk on her expedition to Mt. Everest in a session called ‘First ascent or fake ascent.’ She happens to be the first South African to ascend one of the highest peaks in the world.

In the talk, she mentioned about how climbing Everest was never the ulterior motive in her life till she chanced upon the book ‘Annapurna: A Woman's Place’ by Arlene Blum, on the first female expedition up the world’s tenth highest peak. She said, “It opens the eyes to possibilities. I wanted to go to the Himalayas.”

Coincidentally, around the same time South African Sunday Times ran an advertisement on South African Everest Expedition and the newspaper decided to start a contest to find a woman to join the team. Dowd was one of the 200 women to apply and finally got through. She described her moment, “This was my opportunity to join professional, passionate mountain climbers who are all set for the Himalayas.”

But what followed was drama and dispute leading to a fallout in the team. Finally, the rest of them arrived at the base camp. “We were at 8,000 metres on the top, 18 hours short of reaching the summit. It was expected to be a good weather. But then it started to snow.”

Dowd’s team decided not to climb into unknown ground in unstable weather and wait meanwhile the other three expeditions go ahead. Out of the three, one of them was led by a professional who had scaled Mt. Everest five times, she informed. The following afternoon, Dowd and her team got to know that others have climbed the summit and were on their way back. Then they were hit by a storm that turned out to be the worst storm in the history of Everest, which even killed the team leader. At that point in time, Dowd’s moves were watched by not just South Africa but also the entire world. “They all wanted to know our next step. We had worked too hard to give up.”

Around that moment when they were contemplating about their next step they received a satellite call from their president, Nelson Mandela, telling them how he is proud of them for trying to climb it. She recalled, “He said ‘You can do this.’”

After an 18-hour climb into pitch darkness, facing obstacles in the form of knife-edge ridge, they succeeded in climbing the highest point. She exclaimed, “We have done it.”

But Dowd informed that there were a handful of people who didn’t like the fact that ‘a young woman was the first South African to climb Mt. Everest.’ She went on, “We got home and found that a couple of people were claiming that summit photograph is fake due to multiple reasons. After all that we have gone through to face the suspicions is not a good thing.”

Dowd went back to the Everest two years later—failed—but went back the third time and scaled the summit. She was trying to capture this moment with the help of her tripod when it started sliding in China. Then it struck her, as she pointed out, “It’s increasingly questionable how you prove what you have done on the mountains.”

She cited an example with the photograph of the first British woman Rebecca Stephens to climb the Mt. Everest whose expedition was sponsored by DHL, at the summit. “It is a genuine photograph. It was just that she forgot to take the DHL flag on the summit. As a result, the flag had to be photoshopped into the image. That’s a fake image to prove the truth. That’s a slippery slope.”

She mentioned how people came to realize what Dowd and Stephens have done and how Mt. Everest launches careers and opens opportunities. She said, “A lot of people wanted to use Mt. Everest to set up brands. Numbers have gone up exponentially.”

Dowd also made it a point to mention how the mountains have been used in the wrong way to seize the same opportunities. She talked about a fake photograph of an Indian couple who claimed to be the first one to climb the Everest with a photograph. She added, “It was not just fake but it was taken from another Indian climber. Every time somebody makes this kind of fake claim, they reduce the belief in genuine achievements of people. Fakery is bad for every one of us.”

Dowd also mentioned that sometimes even technology, which is the most helpful device to prove the truth can falter and she has witnessed it herself during her expedition to the highest point in Canada last spring. She advised, “There is no photograph, no message, no ad campaign to prove your truth.”

People’s belief in her comes from her honesty. She pointed out, “Every speech I give, every book I write and every mountain I climb has to be done with honesty and integrity. Reputations are built over time. There are no shortcuts. You can’t take a helicopter to a summit. You can’t expect any one advertising campaign to prove that your brand is authentic.” 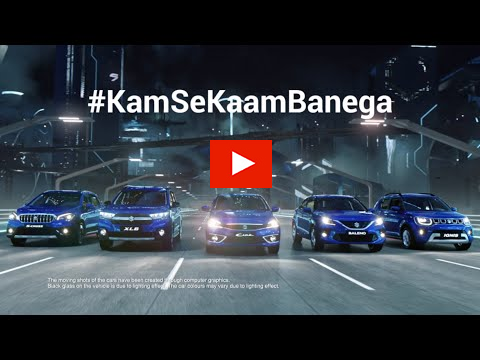 marketing Pitch CMO Summit 2021: How to 'future-proof' brands in uncertain times
4 hours ago