The emergence of Digital has transformed not just people’s lives but also the way business is conducted and in particular, the way companies and brands talk to their consumers. From a time in the 1980s when just one ad on Doordarshan during the Sunday morning run of ‘Ramayan’ or ‘Mahabharat’ helped achieve the stated objective to today when marketing activities bombard the consumer on multiple platforms and devices. In this marketing ecosystem, ensuring that the consumer gets the message and garnering the requisite ROI is a challenge and it is here that the young blood in the marketing ranks successfully helped brands navigate the scenario. Also, these young marketers have increasingly taken the lead in making the brands socially conscious - for example, Whisper and P&G have taken on the mandate to break the taboo around menstruation.

IMPACT from the exchange4media Group launches the first edition of its ‘40 Under Forty’ list to recognise extraordinary achievers who are 40 years of age and below in the Indian Media, Marketing and Advertising industry. Below are the marketing pundits who have successfully helped their brands to excel. 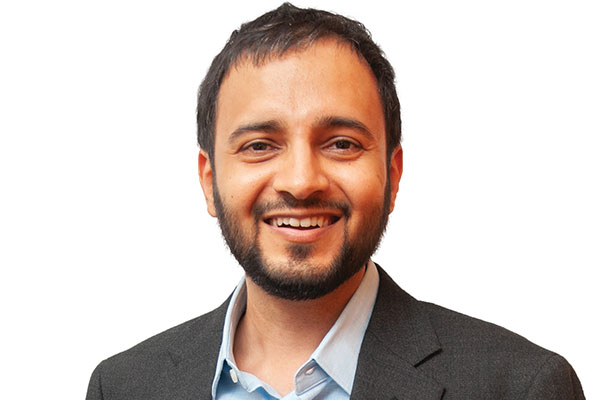 At 35, Abhishek Desai is the youngest leader in P&G India’s leadership team. For his work across different marketing roles in P&G, Desai has won many accolades and top awards at forums like Cannes and the Effies, to name a few. In his over decade long career at P&G, he has worked on iconic brands like Gillette, Oral-B, Tide, Head & Shoulders, Downy, Pampers, Duracell across different geographies including India, Korea, ASEAN, Australia and China.
As part of the India leadership team, Desai played a key role in double-digit top-line and bottom-line growth for P&G India in FY17-18 by enabling strong marketing plans across categories, making India one of the fastest growing markets for P&G globally. He revamped the direct-to-consumer programme for P&G marrying in-depth consumer understanding with new-to-the-world technology to sharply and effectively target consumers directly without traditional intermediaries. This programme is a key part of P&G India’s growth plan and delivered over 30% of P&G India’s growth.

Over the years, P&G India has come to be associated with multiple award-winning campaigns and Desai says that the challenge in being a marketer is balancing long term equity with short term growth. “Creativity is the cessation of mediocrity,” he adds. A passionate advocate for positive change in the country, Desai has been instrumental in step-changing the P&G CSR programme, P&G Shiksha, which has helped support over 1,500 schools and will impact more than a million children. Desai led the launch of the new P&G Shiksha film which crossed 70 million views in just 15 days, making it the highest digitally viewed video for P&G India. So, no surprises that this is a campaign that he takes pride in. Desai says, “For P&G Shiksha, we used our brands’ voices as a force for good, while driving incredible connect with consumers. The video was seen more than 100 million times.”

He has played a key role in developing external alliances to drive growth. For example, alliances with government authorities to educate young girls on menstrual hygiene, college capability programmes to groom young talent and preparing them for employment, hospital partnerships for trial of Pampers diapers, etc.

Desai has also been leading internal and industry effort on brand safety and media accountability. Within P&G, he ensured 100% of digital spends on brand-safe content and creating a culture of spending linked to measurements. Externally, Desai is leading a project for Indian Society of Advertisers to drive industry-relevant opportunities and challenges like digital measurements, knowledge-sharing, etc. Desai also serves as Director on the Board of ISA.

Brand-stand
“While working on Gillette, we realized that most consumers considered shaving a chore that they could avoid. We brought shaving out from the bathroom to mainstream conversations via The Shave India Movement. We sparked debates by bringing in perspective from women, employers and key influencers, driving preference for shaving and significantly growing the brand in India.” 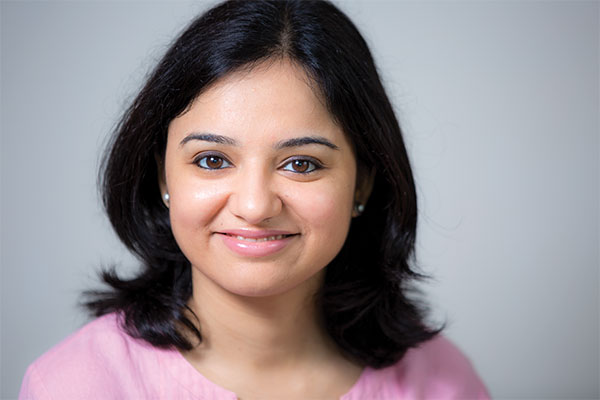 Chetna Soni, one of the youngest business leaders in the FMCG industry in India, heads P&G India’s second largest brand, Whisper. She joined P&G (Marketing) in 2008 and has led P&G’s Feminine Care and Hair Care businesses in South-East Asia, Middle-East & Africa and Europe. Soni has been instrumental in accelerating the growth of the businesses she has led, growing market-share in the face of fierce competition and macro-economic challenges. During her last six years in Feminine Care, she has shaped the strategy to drive social change through campaigns focused on women’s issues, especially taboos surrounding menstruation. Soni’s initiatives on Whisper also ensure that over four million girls are provided access to menstrual hygiene products every year, through Whisper’s Health & Hygiene Programme that impacts nearly 40,000 schools across India. To her credit are campaigns such as #TouchThePickle that spoke against period taboos and won a Grand Prix at Cannes 2015 (Glass).

In September 2017, Soni brought on #SitImproper to drive awareness and trial for the new Whisper Ultra Soft, through a campaign that challenged society’s definition of lady-like conduct and the proper way for women to sit. In January 2018, when conversations around menstruation were at an unprecedented high, Soni decided to leverage it to increase Whisper’s share of voice through #WhispersBreakSilence. The campaign talked about girls’ first period stories, reminding them how Whisper had set them free and that they could help someone else break the silence around periods too.

Brand-stand
“After interacting with consumers across geographies, age groups and socio-economic strata, I realized that consumers will always reward brands that demonstrate an intimate understanding of their lives and weave those insights into their products and the way they speak to them. Understanding one’s consumers better than anyone else is the hallmark of great brands and campaigns.” 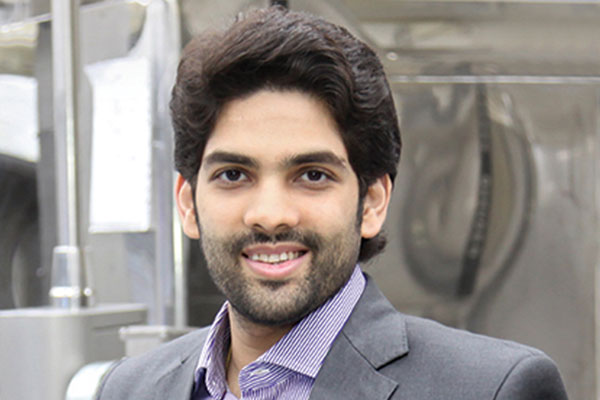 Shashank Surana, VP, New Product Development, DS Group, has played a significant role in one of the most recent successful brand launches from the company - Pass Pass Pulse candy, a raw mango hard-boiled candy with a tangy salt-filled center. Within a year of launch, the brand crossed the Rs 150 crore mark and changed the dynamics of the segment, which registered a growth of 23%, a high in many years. Launched in 2015, Pass Pass Pulse candy was initially tactically promoted and established through various BTL activities and strategically promoted on the digital platform. Last year, Pulse became the No. 1 candy of India, crossing the Rs 300 crore mark.

Surana’s role comprises market and brand research for new products; overseeing branding, marketing, packaging, and envisioning product cycle and positioning. He has successfully added to the growth and expansion of DS Group and contributed to the Group’s foray in the confectionery segment with mini gums Chingles in various flavours.

Surana has also worked at EY and while involved in industry and company specific research and building valuation models at EY, the process of product development caught his fancy. He says, “In a moment of sudden inspiration, there was a strong revelation of wanting to be involved with a product/brand right from the ideation to the time the consumer buys it and of course fathom the response to it. That was the light bulb moment for me and the DS Group gave me the right opportunity.”

Brand-stand
“Right from ideation of Pulse candy to pricing, packaging, placement and the promotion, it was an exciting expedition for the team. Pulse candy redefined the hard-boiled candy segment, which had seen little innovation. Defying the pricing barrier of 50 paise, Pulse was launched at Re 1 and soon become the No. 1 in its segment. A category disruptor, it is one of the most successful examples of brands that were initially built through word-of-mouth with social media facilitating the reach.” 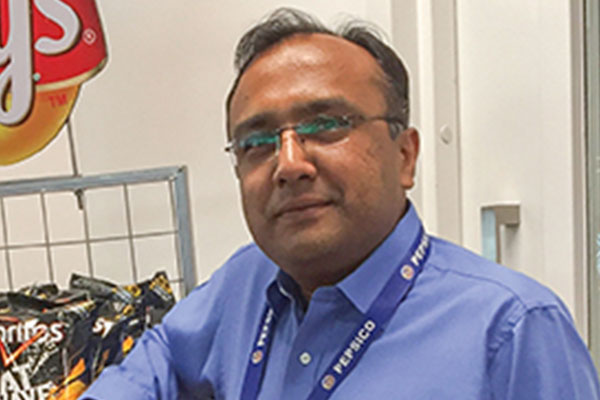 Among his key achievements, Gandhi led Lay’s India to a spectacular turn-around since 2016, from a de-growth of 4% in 2015 to over 20% growth in the past 18 months, making Lay’s not only the fastest growing, most profitable brand in PepsiCo India but also making India the fastest growing market for Lay’s Worldwide. What helped boost numbers was the recent Lay’s Real Flavours Of Life campaign. “It’s the first time we’ve articulated this iconic brand’s point of view and the in-markets results have been truly fantastic,” says Gandhi. He also successfully launched Doritos in India and achieved market leadership within eight months of launch. He also built Pampers India from $25 million to $100 million in sales in the time-period 2008-2011.

What excites Gandhi as a marketer is the “privilege of meeting hundreds of people during consumer research at their homes”, whom he would not have ordinarily met or spoken to. “It has taught me that the work we do in marketing makes a real, even if small difference to actual people’s lives. From the mother who cried when explaining how Tide makes washing clothes so fast that she can spend more time with her sick child, to the schoolgirl who wasn’t afraid to discuss periods because of Whisper, to the teenager whose life wouldn’t be complete without a packet of Lay’s shared with friends - the stories I’ve heard from real people have inspired me and continue to inspire me daily,” he says. Before donning the marketer’s hat, Gandhi worked at the NGO, Child Rights & You.

Brand-stand
“The idea that ‘consumers’ are people first. And as people they tend not to be immersed in your brand as much as you imagine they would. Therefore it’s important to think as a normal person and try and communicate in a simple way.”

Infectious Advertising assigned the creative mandate for Ebco
5 hours ago

Celebrity endorsement in times of social media: Will we see brands shying away from stars?
13 hours ago