Reputation is an outcome and not the destination alone: Nazeeb Arif, ITC Limited

Nazeeb Arif,  Executive Vice President and Chief of Corporate Communications of ITC Limited, one of India’s foremost private sector companies and a multi-business Indian conglomerate with a market cap of US$ 50 billion has made a meaningful contribution in building ITC’s corporate reputation through strategic interventions to create a unique persona for the organisation. Building on his experience in economic policy issues, he contributes actively to thought leadership in the organisation. Passionate about sustainability, he engages deeply in ITC’s globally acknowledged initiatives in this area.

Arif’s professional experience spans 33 years. Prior to joining ITC in 2006, he led the Indian Chamber of Commerce (ICC) as its Secretary-General and CEO. Earlier, he had also served the Federation of Indian Chambers of Commerce and Industry (FICCI), the apex Industry body in the country.

He is actively involved in environmental and sustainability issues. He was awarded the United States Asia Environmental Partnership –“Environmental Leadership Award”.

In an interaction with exchange4media, Nazeeb Arif shares the story of his journey in the corporate communication industry, digital taking over the television space and the future of communication.

How has your journey in the corp comm Industry been?

At the peak of my chosen career in public policy advocacy for national economic development, and more than a decade as Secretary-General and CEO of the Indian Chamber of Commerce, I decided to take a plunge into a completely new world of Corporate Communications. It's an unparalleled privilege to lead the Corporate Communications function of a professional, value-driven, competitive and diversified conglomerate like ITC that is firing on all cylinders even after a century of existence to shape an even more exciting journey ahead. Above all, the opportunity to work closely with a legendary icon like former Chairman, the late YC Deveshwar, and a young dynamic CMD now, like Sanjiv Puri, gives you a window to strategy, thought and action that no business school can teach. To be an integral part of an enterprise that is so passionately dedicated to serving national priorities gives you a sense of pride and the satisfaction of a lifetime.

How important is reputation management for a business?

Reputation is what breathes life and vitality into any organisation. I have always believed that it is an outcome, and not the destination alone. I am deeply convinced that the primary task for Corporate Communications and PR is to enable an organisation to achieve extreme competitiveness. And to be extremely competitive, an organisation must create and be known for great winning products and services that are superior to anyone else's and have earned the trust of consumers and customers; a passionate team that puts the organisation ahead of itself; an alert, proactive and innovative mindset that is forever in a state of learning, creation and execution; and a corporate soul that deeply cares about being sustainable and inclusive. When you build extreme competitiveness responsibly, you build reputation, and put in motion a virtuous cycle that enables reputation to create goodwill, consumer franchise and a preferred home for talent.

What is your take on crisis management? How does one go about solving it?

It is said that when the going gets tough, the tough get going. The crisis needs to be tackled head-on, in a measured, calculated and well-thought-out manner. The first task is to get the facts right, create a multi-functional team, and rally resources, including employees, to ensure that the organisational response is well understood. It is super-critical to evaluate whether a response is at all called for and then the wisdom to channel the right message at the right time to the right people. In a trigger-happy viral world, speed is of the essence. Strategically, Corp Comm teams must periodically anticipate issues and have appropriate responses throughout, have a Standard Operating Procedure and a crack team to handle it with speed.

How has been FY 2018-19 for your organisation in terms of marketing and advertising?

It has been an extremely exciting year for ITC, with more than 50 new product launches and several clutter-breaking advertisements from our FMCG businesses. Two iconic properties – ITC Grand Goa and ITC Royal Bengal were launched. For the first time, a Corporate Campaign titled ‘Sab SaathBadhein’ was launched showcasing ITC’s vibrant world-class Indian brands and how growing consumer delight in our brands has enabled ITC to support critical national priorities and above all, the creation of 6 million livelihoods. The icing on the cake was, however, the coveted Grand Prix at Cannes Lions 2018 for ITC’s ‘SavlonHealthy Hands Chalk Sticks’ campaign designed and conceptualised by Ogilvy.

How do you foresee digital taking over the television space?

India is perhaps one of the few major countries in the world where new digital platforms have become an ‘additive’ rather than a replacement channel. Therefore, digital and TV are both co-existing and growing. Of course, the volume of spends is still skewed in favour of TV.  The space to watch is OTT, regional TV, visual platforms like TikTok and so on. Of course, with a country of a billion mobiles, digital has tremendous promise – more so as millennials increasingly become cord-cutters.

Will the future see a complete change in the way communication is done?

Yes, there will be a tremendous change. The all-pervasive technology, the growth of prosumers or people who produce and consume information simultaneously, the threat of fake news, the emergence of Big Data, Analytics, new communication platforms, and an increasingly attention-deficit world will bring in new challenges. And that will call for agility, creativity and a mindset to embrace and engender change in the way we operate, communicate and engage.  Yet, some things don’t change. The basic philosophy and art of communications do not necessarily have to change with every strong and disruptive gust of wind. The beauty of the story, the passion and belief of the story-teller, the strength of conviction in the message form the soul of communications. The messenger may change in the future, but a great message will still move mountains.

Enterprise Ireland retains Kaizzen as their PR agency
2 days ago

Spends on Covid-19 vaccination campaigns can be considered as CSR: MCA
15 hours ago

How has Covid reshaped the marketing funnel? Find out from the experts at e4m Conclave
21 hours ago 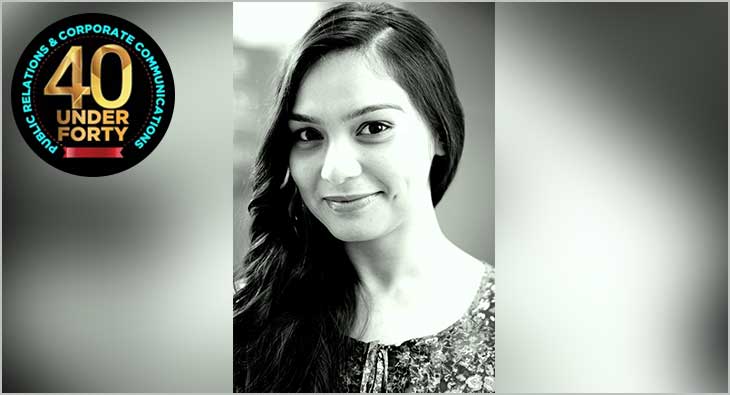