Our target is to reach Rs 200 million revenue by 2022: Ashwani Singla, Astrum

Singla, Founding Managing Partner of Astrum, talks about his journey in the public relations industry and the future of the sector

Astrum (astrum.in), India’s first science-based specialist reputation management advisory company, commenced operations in May 2015. Astrum was among the top 20 companies in Reputation Today’s ‘Top 50’ ranking of the public relations firms in 2018 and a nominee of the ‘Asia Pacific New Consultancy of the Year’ in the 2017 Holmes Report. Astrum is one of the youngest and fastest growing public relations firm in the country.

Founding Managing Partner Ashwani Singla believes in combining science with creativity to develop persuasive communication that shapes public opinion ethically. In his two decades in the industry, Singla is credited with establishing some of the most cutting-edge industry practices. He has featured regularly in Campaign India magazine’s ‘A list’ and Agency FAQ’s listing of the most influential communication professionals in India. In 2017, he was inducted by the Public Relations Council of India (PRCI) into their ‘Hall of Fame’. Singla is an economics major with a postgraduate qualification in International Business, and holds a diploma in Hotel Management. He has attended executive programmes run by Harvard Business School (HBS) and the Indian School of Business (ISB).

exchange4media caught up with Singla to talk about his journey in the public relations industry and its future.

How has your journey in the Public Relations industry been?

In over two decades of my experience in the industry, I have been privileged to have donned the role of an advisor and strategist for both, the C-suite as well as Political leaders. I have advised both Indian and multinational corporations; played the role of election campaign strategist and pollster for leading political parties and have managed several successful state and national election campaigns.

Prior to founding Astrum, as Asia MD of Penn Schoen Berland (PSB), I led the firm from its inception to becoming a sought-after research-based consulting firm. As the CEO & Co-promoter of Genesis Burson-Marsteller for a decade and a half, I oversaw the firm's growth from infancy to becoming India's most trusted public relations & public affairs firm and successfully steered the firm’s transition from Genesis PR to Genesis Burson-Marsteller after its acquisition by WPP. Subsequently, I was invited to join the Asia Pacific Board of Burson-Marsteller.

The key tenets of this journey have been built around raising the bar of Professionalism and Qualityof public relations practice.

Tell us about Astrum’s moto

Astrum is science based reputation advisory, with emphasis on harnessing the power of analytics to generate the insights needed to effectively engage stakeholders and shape public opinion ethically. We use public opinion research and data analytics to inform our clients reputation strategy to win their stakeholders trust and respect. To deliver our promise, we have a multi-disciplinary team comprising of quantitative and qualitative researchers, public relations professionals, corporate affairs specialists and digital marketers.

What do you think of leveraging social media to achieve the reach?

More than reach, engagement is important.

Today, commercial social media campaigns have become intrusive and consumers are rejecting that approach. The opportunity for the brands is to engage consumers in a meaningful way by what I call “purpose driven engagement”. Brands act only as facilitators of conversations through the ‘real work’ they do to ‘live their purpose’ and engage sharply defined communities through ‘real people and real stories’.

Authenticity & Permission are the keys to successful engagement; brand preference is an outcome of this engagement.

What paradigm shift are shaping the industry today?

There are broadly three tectonic shifts that I see. The first, is the probable impact of technologies like AI, ML and VR in generating stakeholder insights and content, add to it the changing dynamics in social media applications. The second, is the increasing vulnerability of reputation through increasing activism, citizen journalism, in addition to the policy and regulatory risks that companies face as a result of the fast changing geo-political landscape. The last but not the least, is the explosive proliferation of choice, making it increasingly difficult for companies and brands to stand apart.

These shifts will necessitate a reboot or retooling of current skills if we are to help companies and political leaders navigate this changing landscape successfully.

These changes are exactly the reason why I believe, Astrum is an idea whose time has come.

How do you look at your growth over the years in the industry?

At Astrum, we have been blessed to be financially stable since our inception. Thanks mainly to our clients who took the leap of faith in the ideas of Astrum and the extremely talented professionals that I have the privilege of working with every day. It’s with a sense of pride that I can say that we are creating a new pathway for the next progression of public relations in India.

Astrum will be successfully completing five years in 2020 and our aspiration the target is to reach INR 200 million in revenue by the end of 2022.

How has been your association with exchange4media?

My association with exchange4media has been long, meaningful and personal. Dr. Annurag Batra has been an inspiration with his boundless energy as an entrepreneur and a thought leader. Since I had the privilege of being involved with the inaugural IPRCC, I would like to congratulate him on the completion of a very successful decade of IPRCCA which has helped raise the bar of the work in the industry.

Pivot or perish in the new PRverse
11 hours ago

Aseem Sood is the new Chairman of AMEC
1 day ago 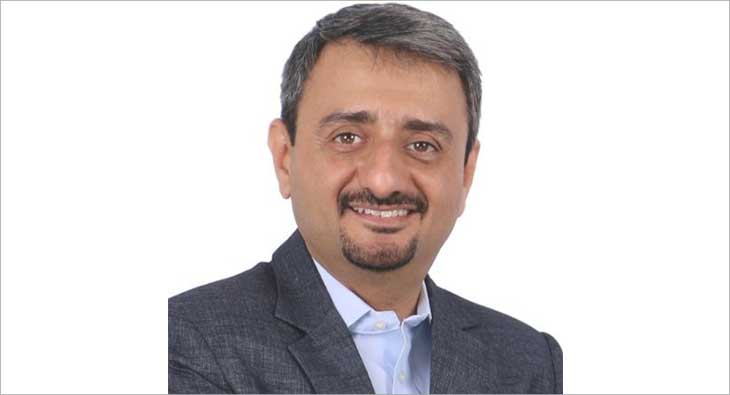