45% of top 1000 influencers in India are women: ClanConnect.ai report

Virat Kohli, Shraddha Kapoor, and Deepika Padukone emerged as the most popular influencers in the country

Rounding up the year 2020, ClanConnect.ai, an AI-driven influencer marketing platform, has revealed the top 1000 Instagram influencers in India. Mapping its own data over the past year, the tech-driven platform which matches brands to the right influencers, has presented insights from across verticals including entertainment, lifestyle, sports, and more. At the outset of the research, ClanConnect.ai found that 63% of India’s leading Insta influencers operate in the entertainment category, while its subsets – sports, lifestyle, cinema, and actors – gained the maximum traction in 2020.

According to the data mapped, power couple Virat Kohli and Anushka Sharma are currently enjoying royalty status as influencers. While cricketing sensation Kohli has the highest number of followers at 83.7 million, Bollywood queen Anushka boasts of the greatest engagement rate in the country, surpassing even PM Narendra Modi. Others on the list of top 10 Instagram influencers are Shraddha Kapoor, Deepika Padukone, Alia Bhatt, Neha Kakkar, Jaqueline Fernandez, Akshay Kumar, and Katrina Kaif.

Amongst numerous noteworthy findings, the platform also found that a majority of the top 1000 influencers in India were women. In fact, women rule the top 1K Instagram influencers and beat men by almost 50% more in numbers. Further, the total unduplicated reach of all women Instagram influencers was found to be a whopping 1700 million, while that of men was 1200 million. While both men and women drive 82% quality engagement, men drive a slightly better engagement rate at 5% as compared to 4% for women.

As women rule the roost as Instagram influencers in India, ClanConnect.ai delved deeper to find the top 10 female Insta-stars of 2020. While Shraddha Kapoor bagged the title of most popular female Instagram Influencer with 57.2 million followers, Deepika Padukone followed close with 52.4 million. Neha Kakkar, betting big on her brilliant wedding Reels, posts and anthem, emerged as the fourth largest female Instagram Influencer in India. Again, Anushka Sharma drives the highest engagement at 6.7% with 3% being the average for the top 10 female Influencers. Cumulative reach for top 10 female influencers was clocked at 452 million, with the quality audience being 388 million at 84% average.

In the male influencer category, Virat Kohli is much ahead of his counterparts on the top 10 list with a whopping 83.7 million followers. Surprisingly, however, he was thwarted in terms of engagement by MS Dhoni who boasts an engagement rate of 10.98% as opposed to Kohli’s 1.84%. With 50 million followers, PM Narendra Modi is the second most popular Instagram influencer in India, with Akshay Kumar, Salman Khan, Ranveer Singh, Varun Dhawan, Hrithik Roshan, MS Dhoni, Shahid Kapoor, and Kapil Sharma also topping the charts. It is worth noting that the top two male influencers do not hail from Bollywood.

Closely studying the engagement metrics of each category, the platform found that food influencers enjoy the highest quality engagement at 88% while education, finance, and career influencers cumulatively receive 85%. As far as the most engaging influencers are concerned, the list was topped by Ronit Ashra (32.92%), Dhanashree (24.69%), and Ratan Tata (22.83%).

Speaking on the findings, Sagar Pushp, Co-Founder & CEO, ClanConnect, said, “At ClanConnect.ai, our overarching aim is to match the right influencers to brands to help the latter gain maximum ROI from their influencer campaigns. Our top 1000 Instagram influencer list is an extension of this goal and will help brands identify the most relevant influencers who are best suited to their specific campaigns in terms of their follower base, engagement metrics, and content category. We hope that all Indian brands leverage our exhaustive list and get the most out of each campaign.”

Launched in 2020, ClanConnect.ai is on a mission to streamline the $10 billion global influencer marketing space. It brings discovery, management, and performance analytics all in one system, and carries out targeted searches and customizable analytics, to help identify and partner with more relevant influencers. On the back of its proprietary technology, ClanConnect.ai has recently has raised INR 5 crore in a seed round led by Venture Catalysts with participation from marquee investors. With the Top 1000 Instagram influencers list, ClanConnect.ai has solidified its stance as the front-running, data-driven influencer marketing and management platform in the country.

The best is yet to come for Indian PR agencies: Ashwani Singla, Astrum
23 hours ago 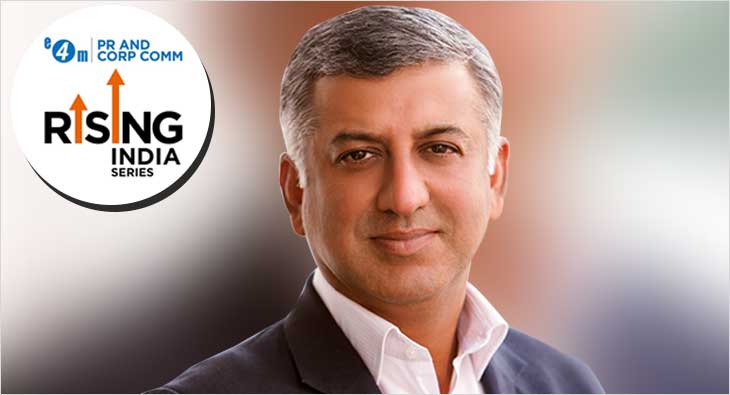 pr-and-corporate-communication The best is yet to come for Indian PR agencies: Ashwani Singla, Astrum
23 hours ago