TV9 Network appoints Sandeep Unnithan as editor of News9 Plus

Aditya Raj Kaul has joined as Executive Editor and Sandhya Ravishankar has been named Chief of Bureau, South

TV9 Network has appointed India Today's Managing Editor Sandeep Unnithan as the editor of News9 Plus - the recently video magazine OTT service by the network.

“Sandeep brings with him a wealth of editorial experience with in-depth reporting on defence and strategic affairs. He is the author of Black Tornado: The Three Sieges of Mumbai 26/11 and the co-author of Operation X - a non-fiction book on India's covert Naval operations during the 1971 Bangladesh Liberation War,” the network said.

In his new role, Unnithan would be responsible for all day-to-day news and editorial reportage at News9 Plus.

TV9 Network's CEO Barun Das said, "A digital video magazine format in an OTT environment is an eventuality in audio visual news offering. This is where the entire world will move eventually. That is why when the group was contemplating bringing News9 (our leading news channel in Bangalore) into the national arena, I stalled it. To me, launching a new national English news channel seemed like a regressive idea when the viewership and revenue of English news channels have been on the decline. It seemed so out of tune with the digital content world. We are, therefore, excited about the subscription opportunities it opens up in the industry for the first time ever. So long the traditional media enjoyed two sources of revenue and pressure had ever been on advertising revenue and for once the content will have to pay for itself.”

“With Sandeep on board, his rich experience in writing and editing long form stories will play out on the richness of our editorial content. Sandeep will add gravitas, diversity and immersive storytelling that the English news audience deserves. We are confident that quality content will attract quality subscribers. At News9 Plus, we are going to make content a 'want' and not just a 'need'. You would 'want' to keep coming back," added Barun.

For Sandeep, the opportunity comes at a time when magazine circulation across the world dwindles and OTT platforms continue to add numbers. "This seems like the idea of the decade - where my past experience of long form reportage and storytelling for an evolved audience converge in a future-ready OTT avatar. News9 Plus is the future and I'm excited to help shape it," he said.

BV Rao, Group Editor, TV9 Network adds, "News9 Plus needs an editor who understands the pulse of the English-speaking audience - what we define as the GenFlix. The content that GenFlix would like to watch and eventually pay for will define News9 Plus as a differentiated news product. Sandeep and his team will drive that content differentiation for GenFlix."

Aditya, who has earlier worked with CNN News 18, Times Now and Republic TV, will man the intersection of internal security, terrorism and diplomacy at News9 Plus.

TV9 Network has made another key hire for News9 Plus in Sandhya Ravishankar, award winning journalist from the south, who specializes in investigation. She won the Ramnath Goenka award in 2018 for her seven year-long reportage on beach sand mining.

Spearheading TV9 Network to the top position with an exponential revenue growth, Barun has now taken upon himself a huge challenge of launching News9 Plus as a signature global news offering. He has been busy building TV9 Network as a powerhouse of ideas being executed by some outstanding talent that the network has acquired during the last two years.

“News9 plus marries OTT-styled non-fiction production values with the depth of news coverage that magazines offer. In essence, News9 Plus will be a repository of long shelf-life content relevant for both immediate news viewers as well as a library for varied special interest audiences. News9 Plus will launch at the end of March 2022 on Web, Android and iOS marketplaces. Integrations on connected TVs and smart devices will follow soon thereafter,” the network shared.

Gozoop ropes in Mohit Ahuja as President - Mumbai
47 minutes ago

Gozoop ropes in Mohit Ahuja as President - Mumbai
47 minutes ago 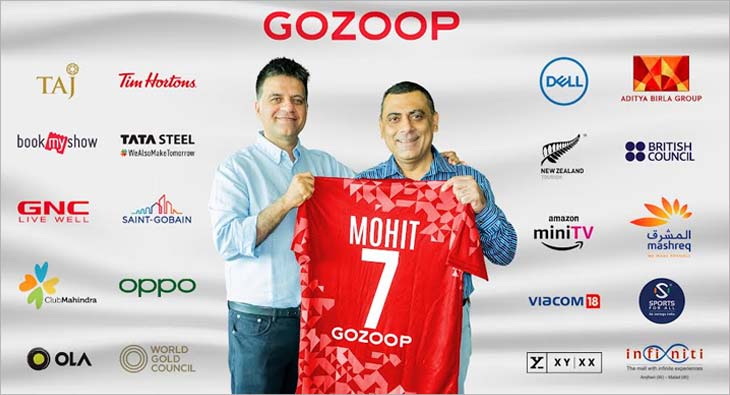