Varghese will relocate to Singapore and will report into Mark Patterson, CEO, GroupM APAC & Vikram Sakhuja, CEO, Maxus Global. He takes over the role from Neil Stewart

GroupM has promoted Ajit Varghese, MD, Maxus South Asia to the role of CEO of Maxus Asia Pacific. In his new role, which comes into effect on January 1, 2014, Varghese will oversee Maxus operations in all Asia Pacific countries

Varghese takes over the role from Neil Stewart, who is being promoted to the new position of chief client officer, Maxus Global. Varghese will work closely with Stewart during a six-month transition period. Varghese will relocate to Singapore and will report into Mark Patterson, CEO, GroupM Asia Pacific and Vikram Sakhuja, CEO, Maxus Global.

CVL Srinivas, CEO, GroupM South Asia said, “Ajit has been an outstanding leader for Maxus and a great ambassador for GroupM.  He combines intellect with a passion for delivering the best value for his clients. He has helped create a very unique culture at Maxus and truly embodies the Maxus spirit. All of us at GroupM are very proud of his achievements and wish him the very best in his new role.”

Over the last seven years, Varghese has been responsible for scaling up Maxus in India and South Asia. Under his leadership, Maxus has bagged many awards in India and South Asia, winning at Cannes, FOMA, Emvies, Goafest, and recently retaining the Mobile Marketing Agency for the second year running at MMA, shared an official release.

“Ajit has displayed exceptional leadership to make Maxus one of India’s best and biggest agencies. With this promotion, I am very excited that Ajit will now lead Maxus APAC. I have no doubt that with his brand of entrepreneurial leadership, Maxus APAC will scale new heights,” said Sakhuja.

Varghese said, “The last seven years at Maxus has been an exciting journey; we have built a strong portfolio of clients, secured their trust, delivered them a world-class product and picked up many accolades along the way. We have worked hard to develop our value proposition, building a Maxus spirit and culture that will help sustain and propel our business in the coming years. I’m now looking forward to learning and contributing more to Maxus and GroupM across the region and am sure the journey will be as exciting and fruitful in the coming years. India obviously continues to be part of my scope and will remain close to my heart.”

Partnership declarations: Will influencer marketing continue to be influential?
14 hours ago 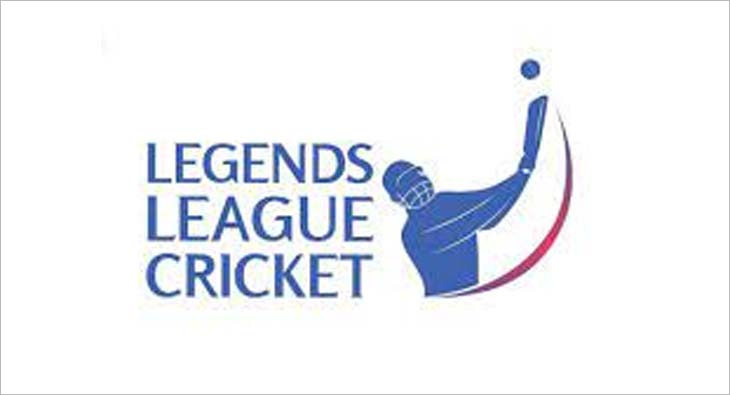 people-movement Sreenivasan Jain moves on from NDTV
2 days ago

Sreenivasan Jain moves on from NDTV

The senior journalist was associated with the network since 1995

Senior journalist Sreenivasan Jain has announced his decision to move on from NDTV after close to three decades with the institution. The channel's Group Editor said that he will be stepping down through a Tweet earlier today: "Hi all. An amazing, nearly three-decade-long run at NDTV comes to an end today. The decision to resign wasn’t easy, but .. it is what it is. More later."

Jain has been working with NDTV since 1995. He anchors the weekly show Truth vs Hype on NDV 24x7. He was the network's Mumbai bureau chief from 2003-2008 and was briefly the Managing Editor of NDTV's business channel Profit. He has also authored op-ed columns for the Business Standard. He has not announced what his next career move will be.

Jain's tweet was followed by reactions by industry peers:

A big loss for the channel, All the best Vasu!

Best of luck Sreenivasan. One of the sanest and professional voices on Indian TV- you will be missed deeply by all those who value good journalism.

All the best Vasu...

All the best, Vasu!

Best wishes to you. Will miss your work on NDTV.

Jain's exit comes close on the heels of NDTV's acquisition by the Adani Group. Back in November 2022, Ravish Kumar, Senior Executive Editor of NDTV India, also stepped down. NDTV Founders Prannoy Roy and Radhika Roy have also divested most of their shares in NDTV to Gautam Adani's AMG Media Network, which is the single-largest shareholder in NDTV.

News reports say that Jha will be in office till February 17 and Raghuvanshi till March end of this year.

Reports also say that the company has communicated the news of the top executives' exits to its dealer partners.

This come at a time when Škoda has been seeing a series of top-level exits. The company reportedly posted its highest-ever sales in the calendar year 2022 and had also appointed a new brand director Petr Šolc. He took over from Zac Hollis who moved on to German carmaker Volkswagen.

He will be joining the venture capital space

CEO of Radio Mirchi Prashant Pandey has moved on. He will be joining the venture capital space, he shared.

Sharing the news, Pandey said, “And it’s a wrap! After 23 years, I’m leaving Mirchi….the most exciting brand and company in the World! I can’t thank my lovely team enough-and all who have worked here since the beginning. We’ve together created this awesomeness! I am eternally grateful to the visionary Vineet Jain and to my mentor and first boss Amba Preetham Parigi! Without them, none of this magic would have happened! I’m joining the venture capital space in a small way. I’m sure our paths will cross again.”

e4m had reported the development in October 2022. Then, ENIL had announced that Pandey will retire soon and Yatish Mehrishi will be joining the company back as the new CEO. Pandey will however continue as Managing Director.

“I would thank Prashant for his invaluable contributions to the company and building Brand Mirchi into a power brand over the last 22 years,” Vineet Jain Chairman of ENIL hasd said in a statement then.

Haldiram's recently appointed Harshit Gupta as Deputy Manager – Digital Marketing to further strengthen its digital team. Reporting directly to Divya Batra, Head of Marketing, Harshit will be in charge of digital activities and carving the larger brand story across digital.

Harshit comes with over 7 years of work experience in the advertising industry and previously worked with RepIndia, an independent digital agency from Delhi, as Account Director – Client Strategy. He was responsible for Digital Strategy planning, Content & Influencer Management, and Audience Outreach for award-winning campaigns for various brands. In his past work experience, he has worked with reputed brands like Sleepwell, Kajaria, Canon, Amazon MiniTV, and various others from different industries.
On joining Haldiram’s, Harshit commented, “I am excited to join the brand. I am glad to bring a fresh digital perspective to the heritage brand. In my new role, I look forward to moving the needle by creating data-driven and insightful strategies that will help us drive sales and consumer engagement.”

Regarding Harshit’s appointment, Divya Batra, Head of Marketing at Haldiram’s, said, “We are delighted to welcome Harshit to Haldiram’s family. The company focuses on expanding its digital footprint in India and has appointed Harshit to do the same. He has diverse experience in leading Digital Strategy with consumer trends & insights and has rich experience in digital activations and audience outreach programs. We are confident that his expertise in Digital Innovation and vast knowledge of brand building through content & influencer management will help us to take Haldiram’s to newer heights and reach newer audiences.”

CMS IT Services hires Sanjeev Singh as CEO and MD

CMS IT Services announced today that its Board of Directors has appointed Sanjeev Singh as Chief Executive Officer & Managing Director of the company effective 16 January 2023.

Commenting on the appointment of  Sanjeev Singh, Mathew Cyriac, Chairman of the Board said, “We are excited to welcome Sanjeev as the CEO & MD of CMS IT Services. Sanjeev has an exceptional leadership track record, strong exposure to Indian and Global markets, deep strategic expertise, a unique ability to forge long standing client relationships, and proven track record of driving transformation and turning around underperforming businesses. We believe that Sanjeev is the right person to lead CMS IT in its next phase of growth.”

Commenting on his appointment, Sanjeev Singh said, “I’m honoured to be invited to lead CMS IT Services, an extraordinary company with deep technology heritage built on strong foundation of values. I look forward to working closely with Mathew, the Board, senior leadership and the highly talented employees of CMS IT to enter a new phase of growth and build a better tomorrow for all our stakeholders, including customers and employees.”

Sanjeev will be based in Bangalore. Sanjeev joins CMS IT Services from Wipro Limited where he was Chief Operations Officer and a member of Wipro Executive Board. Till recently, he was a Member of CII Karnataka Council & Chairman of CII Karnataka CEO Forum. Before joining Wipro, Sanjeev was the CEO at Aegis Ltd for its India & Sri Lanka businesses, and did senior leadership stints at Mphasis and Genpact.

Sanjeev is an alumnus of Indian Institute of Technology, Madras (IIT-M) and Indian Institute of Management, Kozhikode (IIM-K), where he was awarded the Gold Medal for academic excellence. He was recently awarded with the Distinguished Alumnus Award by his alma mater IIM-Kozhikode.

Both Bhatia and Mathur will report to Amit Adarkar, CEO, Ipsos India.

“Ipsos India has aggressive growth plans charted for the next 3 years, and these senior appointments in both Marketing and Operations will further elevate the status of Ipsos in India providing greater visibility and continue to transform our Operation business,” says Adarkar.

Pawan Sharma has moved on from Josh Talks and joined B4U as Chief Revenue Officer (CRO). The development has been conformed to e4m by highly placed sources.

At Josh Talks, Sharma was the Business Head, leading the revenue and branded marketing division for the company. He joined Josh Talks in April 2022.

Earlier, Sharma was associated with Network18 where he was designated as National Head Revenue (Focus-Hindi and Regional News). He joined Network18 in November 2020 and worked for over one year.

Prior to joining Network18, Sharma was working with The Walt Disney Company as the National Head- Revenue (Branded content & Bindass). He joined  the company in 2009 as a head-priority team (North, East, and South)- UTV Movies & Action and was later promoted as Cluster Sales Head-NE (UTV Action & Movies).
He also worked with Star India and Reliance BIG Entertainment.