In his new role, Gaur will work towards expanding the creative mandate for both the agencies. He will lead creative thought leadership across the network and combine the expertise of Dentsu Webchutney & dentsuMB to deliver future-forward creative solutions for clients. Gaur will report into Ajay Gahlaut, Group Chief Creative Officer India (GCCO), dentsu Creative India.

With more than 16 years of experience, Gaur has won over 40 national and international awards. Prior to this, he has held creative leadership roles at agencies like Leo Burnett India, MNC Saatchi Kuala Lumpur, BBDO India, and Grey. In his professional journey thus far, Arjuna has worked with some of the most popular brands worldwide including Coca Cola, Amazon, P&G, PepsiCo, Wrigley’s, Celcom, Airtel, GE India, HP, Apple, Volkswagen, Deutsche Bank and Spotify amongst others. He has also worked with teams that have produced some of the best campaigns of the decade. He has been a filmmaker with Equinox Films; and is a multi-instrumental musician and collector of vintage computer hardware.

Commenting on the appointment, Ajay said, “It is a privilege to have yet another brilliant creative onboard as part of the team. Arjuna is a rare creative person who is equally adept at traditional and new age media. Apart from being an advertising creative, he is a musician skilled at playing multiple musical instruments. He also restores old computer systems. He has added great value to the brands that he has been associated with. We are looking forward to him significantly raising the creative quality of our output and adding even more value to the solutions that we provide to our clients.”

Speaking on his role, Arjuna added, “The talent and energy of the creative teams at Dentsu Webchutney & dentsuMB are limitless and frankly, a little intimidating. There is no better creative role in the country right now than this.”

In next 5 years, digital transition in the payment space will be revolutionary: Panel
7 hours ago

Will funding winter freeze start-up ad spending in 2023?
13 hours ago

Women's Premier League to be held on March 4, player auction on Feb 13
14 hours ago 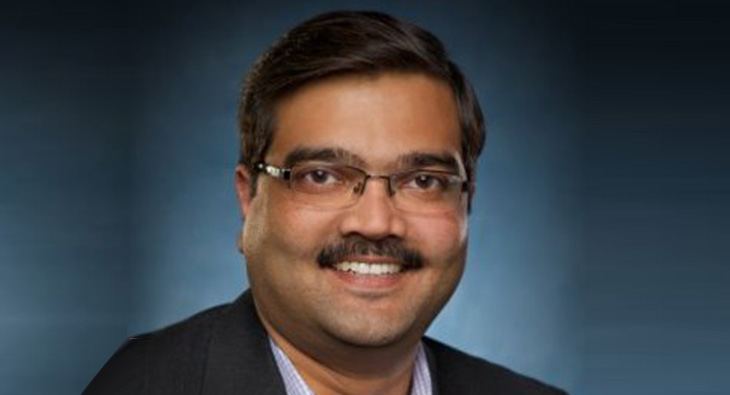 Kenko has made a strategic addition to its senior leadership by roping in Aman Priyadarshi as Head of Product.

Priyadarshi, who previously held the role of Dining Business Head at Zomato, brings over a decade of diverse experience in solving problems for tech, business and strategy at multiple large-scale start-ups.

During his time at Zomato, he helped establish and scale their online food delivery business in Istanbul, Turkey.

In his new role at Kenko, Aman will spearhead the company's product strategy and manage their entire product suite, with a key focus on growth and innovation. He will also play a critical role in introducing new products to their portfolio.

Aman was seen gearing up for this new challenge in a LinkedIn post. Expressing his excitement, Aman stated that the new role represents his most complex challenge yet, but also the one with the greatest potential for impact.

Pawan Sarda moves out of Wingreens

Pawan Sarda has stepped down as Wingreens as Group CMO and Head of D2C.

He had joined the company in July last year after moving out of Future Group.

Sarda has earlier worked with Tata Housing as Head-Marketing and Product Development.

Savic, an IPG alumnus, will set the vision for the agency's global growth while overseeing strategy, product, operations and management of clients, including American Express, Honda, Johnson & Johnson, Levi Strauss & Co., Nestlé and Sony, among others.

He will report directly to Mediabrands Global CEO, Eileen Kiernan.

"A tenacious and dynamic leader who cares deeply about people, clients and community, Sasha is a consummate relationship builder who has driven results for some of the world's most iconic brands," said Kiernan. "His love of the business complements our strong, values-driven global culture, and his will to win and commitment to excellence will supercharge how we show up in the marketplace and for our clients. We are thrilled to welcome him back to the IPG family."

On his appointment, Savic said: "The role of media is timeless, and I am excited to join the global leadership team at UM, the undisputed leader in unlocking the power of data to enhance the purpose and longevity of brands." "Building connections is what drives me – from strengthening community to partnering with clients to connecting consumers' needs to a brand's purpose and value. I look forward to bringing together content, data and brand meaning to create sustainable, long-term growth at UM, where I first got my media chops and fell in love with this industry."

Most recently, Savic was the Global Chief Innovation Officer at EssenceMediacom after serving as US CEO for nearly a decade.

Bhatt has 21 years of expertise in the automotive sector

Bhatt is an industry veteran with 21 years of expertise in the automotive sector.

In his current role, Bhatt will be responsible for Electric Two Wheelers SBU and head the Sales, Marketing, Service, and Spares functions.

On the appointment, Sulajja Firodia Motwani, Founder & CEO Kinetic Green said, “We are glad to have Vijay onboard, and we are optimistic that he will add more speed to our EV journey. He comes with two decades of an admirable experience in the auto industry. In this illustrious career, he has donned many hats and has great knowledge in Sales & Marketing, Channel Management, P&L Management, and Product Development in both domestic & International markets. Vijay will bring this experience to Kinetic Green to take our company to greater heights.”

Commenting on his appointment, Bhatt said, “I am delighted to become a part of the Kinetic Green family. The prestigious Kinetic Green is leading the EV revolution in India, and I am proud to be a part of the journey. Together we will take the country towards a green future.”

In this role, Vivek will report to Pratik Gupta and Suveer Bajaj, founding partners of Zoo Media and FoxyMoron.

FoxyMoron continues to lead as an independent digital agency in the Indian market focusing on providing integrated solutions to brands across content, media, data and technology. With this continued focus Vivek’s role will be to build an inclusive and world class digital team capable of delivering outcomes focused digital solutions to clients.

Prior to his current role, Vivek was a Vice President at Mindshare, the largest media agency in the WPP network. In his last role at Mindshare he was responsible for driving digital transformation across network clients. Vivek has worn both business & strategy hats leading large clusters of clients across geographical markets and marquee brands such as Disney Star, PepsiCo, Ford India, Airtel, Hindustan Unilever, AMEX, Lufthansa, YUM Brands, The Muthoot Group & Apollo Tyres to name a few.

Pratik Gupta, Co-Founder of Zoo Media & FoxyMoron remarks on the appointment, “Having known Vivek professionally for a long time we’re delighted to finally have him amongst us. While his professional credentials speak for themselves, what drove us to him was the alignment of vision and values. Our vision of building a data obsessed and customer experience focussed agency will come to the fore under his leadership. His ability to build process focused, high performing teams makes me excited for the future of FoxyMoron”

On his appointment, Vivek says, “I am thrilled to join Zoo Media & FoxyMoron at this inflection point in their journey. We’re structured to unlock exponential growth through digital transformation and the true integration of content, media, data & technology. FoxyMoron is integrated by design and we want to use this platform to elevate the impact on brands and their customers. I am excited to be leading a passionate, best in class team with high energy and the willingness to break the age-old advertising paradigm”.

Hindol joins the agency from Dentsu Creative where he last served as an Executive Vice-President.

He comes with a wide spectrum of experience and has spent over two decades with agencies such as Lowe, BBDO, and Publicis Capital. He has been part of the growth story of various brands, guided their digital strategies, and leveraged media powerfully and innovatively for the right brand outcomes.

Paritosh Srivastava said, “We have expanded our footprint in North and East and many reputed brands have trusted us with their mandates in the last few years. Hindol comes with vast experience and cultural understanding of the region, which will help take LKSS to even greater heights. I’m sure our clients and teams will benefit hugely from his rich knowledge of managing some of the biggest brands in the NCR. It’s like a homecoming for him to the Groupe and we wish him the very best in this journey.”

Hindol Purkayastha said, “I am excited to be joining L&K Saatchi & Saatchi. The agency is growing at a tremendous pace with big business wins, versatile talent, and exciting work across different marketing disciplines. I look forward to creating a legacy of powerful work that benefits our clients and powerfully connects with consumers. And in the process, create new benchmarks of creative excellence in these regions by collaboration and working cohesively with the integrated teams.”

Prior to Bonn, Pal was heading marketing for Bikano

Bonn Group of Industries has roped in Dawinder Pal as Business head for House of Veda and Group Marketing Head.

Prior to Bonn, Pal was heading marketing for Bikano. He has also served as a Category Head in companies like Dharampal Satyapal Group, Catch Salts & Spices, Shriram Group, Mawana Sugars Ltd and OZONE Group.

Dawinder Pal says, “This is my second stint with the brand and I cannot be more thrilled about getting this opportunity twice with a brand like Bonn that has carved a niche for itself in the FMCG industry. I look forward to developing marketing campaigns that are not just unique but effective at the same time and will help the brand achieving its targets and also to contributing to the growth of the company and play a significant role in the brand’s vision.”