Netflix India is believed to be spending approximately Rs 5-6 crores on Out Of Home(OOH) advertising for the web series.

Netflix India, the popular online streaming platform is all set to launch its first original series in the country based on Vikram Chandra’s novel Sacred Games. The series will premiere on 6 July 2018.

According to industry sources, Netflix India is spending approximately Rs 5-6 crores on Out Of Home(OOH) advertising. The billboards can be seen across the roads and flyovers of the Western Express Highway, Juhu Circle and Bandra Linking Road, with an aim to create buzz for its first original series in India. 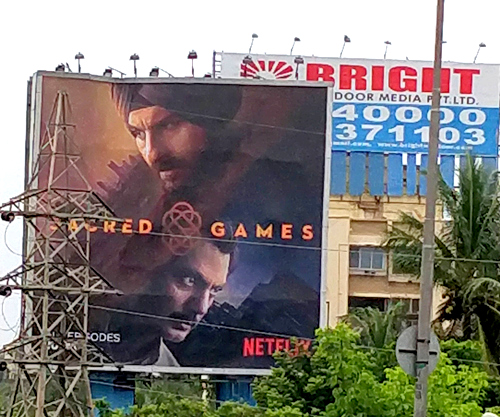 A senior media planner said, "When Amazon Prime launched its second original web series, Breath, they spent close to Rs 10 crores which was much more than any fiction and non- fiction show. He said, “Since it is Netflix India’s first series, they will not compromise on the advertising. It's an on-going campaign, Netflix must be spending nothing less than Rs 5-6 crore on OOH.”

According to international media reports, Netflix is planning to own up to 35 billboard displays in Hollywood. Netflix is not just a heavy advertiser on billboards in Hollywood, but also in India. Kinetic India has been the OOH agency for Netflix India. 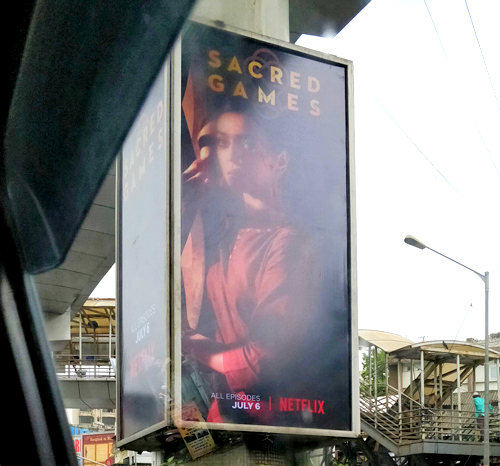 “For the OOH campaign, spends will be somewhere around Rs 4-5 crores which is lesser than its earlier campaigns done for The Crown and Strange, which were around Rs 6-7 crores,” another media planner shared on the condition of anonymity. He also said, “ Due to the monsoon, the spends can be lesser, as the industry witnesses 10-15 percent dip.” 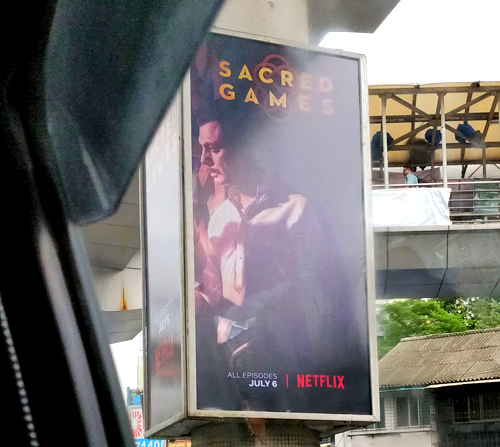 Based in Mumbai, the series revolves around a contemptuous Mumbai city cop Sartaj Singh (Saif Ali Khan) who is tipped off on the location of crime lord Ganesh Gaitonde (Nawazuddin Siddiqui). As the lives of these two men collide, it exposes the trappings of a game bigger than both of them. 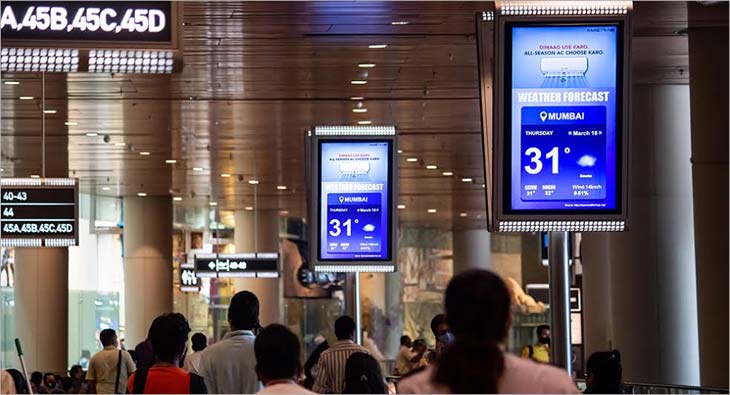