Kannada channels saw the highest growth, followed by Malayalam, Tamil and Telugu, according to BARC data

The news genre in South Indian languages has witnessed a growth of 14-32 per cent in terms of viewership in the past one year, according to a data released by Broadcast Audience Research Council (BARC) India. The news genre contributes 7 per cent to the total TV viewership in South Indian regional channels, making it the third largest genre after entertainment and movie. Entertainment comprise 61 per cent and movies 17 per cent of the total TV viewership. 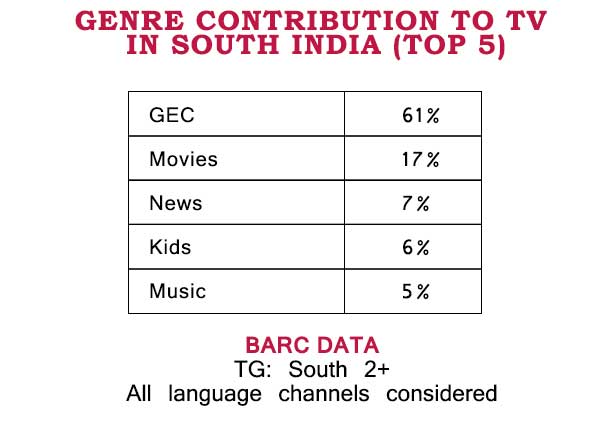 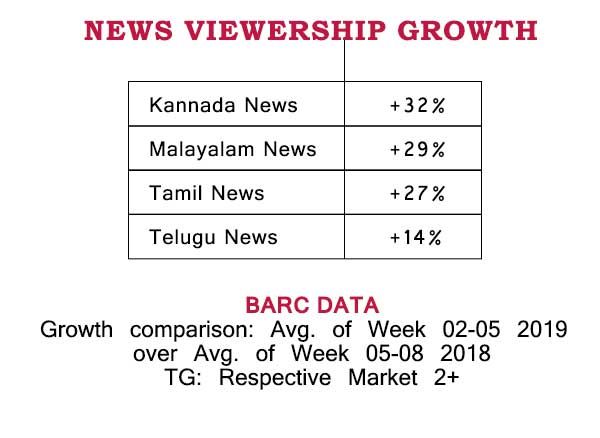 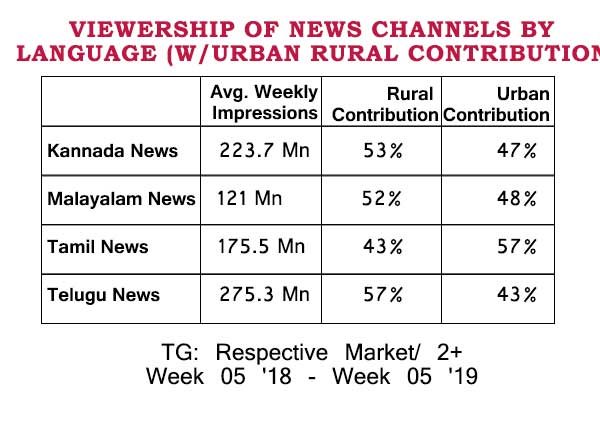 Explaining the reasons behind this growth in news genre, Swaroop Murgod, Head of Production, News 18 Kannada, said, “I will explain the reason behind this exponential growth with a piece of self-explanatory evidence. Last year in February, when PM Narendra Modi launched BJP's ‘Parivartan Yatra’ in Bengaluru, it was a Sunday. According to BARC analysis, the viewership figures broke all records and shot up by 418 per cent in that week. This event set the stage for the entire year, which was an election year, and histrionics suggest, elections always increases viewership.”

He continued, “The months thereafter were followed with uncertainty in government formation. And it was not just politics. Karnataka lost very influential people last year -- Ambareesh, Ananth Kumar and Tumkur Swami-- and all the channels covered the news day and night live for the whole week. In fact, for the first time, all top channels went live for more than 72 hours without breaks. So, these big news events generated a lot of public interest and pushed up viewership.”

According to Murgod, there are several other factors as well that led to the rise in viewership.

“Last year also saw major growth in digitisation of news and channels adopted latest technologies to be easily accessible. Four news channels were launched last year and also changes in management were witnessed (in some existing ones). This saw a rise in competition. For competitive advantage and to stand out, channels started investing in creative innovations. Besides content, I strongly believe that both packaging and presentation played major roles in the last six months. News show strategies are now tailored according to competition,” observes Murgod.

According to a senior media professional from Kerala, the spike in viewership can majorly be attributed to the Kerala floods and Sabarimala issue.

“The growth of regional news channel named Janam TV was an interesting fact that happened during last year. They claimed the second and third spot for 2-3 weeks in the news channel category during the time of Sabarimala issue. With Sabarimala issue settling down, the channel’s position has gone down with major channels retaining their respective spots. With nation gearing up for elections and Kerala as a state is looked up for its socio-political happenings, the viewership is likely to increase,” he said.

A senior media professional from the state believes that the social and political scenario in the state led to the increase in the viewership growth. “The Jellikettu issue, political alliances and instability in the state after the demise of M Karunanidhi are few reasons for the growth. Now, with general elections approaching, there will be a viewership surge this year and the overall news genre viewership will spike minimum by 30 per cent,” said the media professional.

Talking about the reasons for this growth in the Telugu news genre, Rani Reddy, Director, Sakshi Group, the increased viewership of news channels could be because of an increase in political happenings.

“People from this part of the country are actively engaged in political happenings. This being an election year and with both the states being ruled by regional parties, regional television viewership was expected to grow this year. The other reason is heightened political activity on account of outcomes and issues related to the bifurcation of Telangana and Andhra Pradesh. People in both states are interested in the happenings of the state they belong to and equally eager to know what’s happening in the other state. This additional viewer base too has driven viewership.”

Commenting on the viewership pattern for this year, Reddy said, “Viewership might not grow any further and might see a dip. News channels will need to have a strong post-election content strategy to retain viewership. If this is not done, the viewership might get fragmented and might not sustain the current upward swing and could even witness a decline in the later half of the year.”

Reddy feels the news channels need to bring in some changes to retain the viewers.

“News channels certainly need to look at the way news and news features need to be presented in the digital environment with the ever-growing offerings for viewers to choose from the clutter. The regional news channels will need to invest in consumer insights and re-configure their content, putting the consumer in the centre of every minute of their content. Viewer engagement and content contributing in the larger good of society would need to take precedence. To be sensational and repetitive could put them in an extremely precarious position as content-consuming patterns and devices keep changing at a very fast pace. And so they need to keep reinventing the content strategy constantly.” 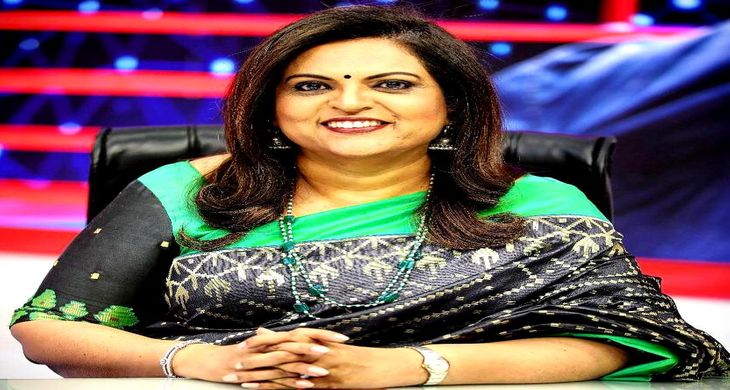 media-tv IPL will be part of Viacom’s streaming offering to be launched in 2023: Bob Bakish
10 hours ago