Is TV seeing a revival in advertising?

Experts are upbeat about June and July in terms of AdEx as more brands are poised to resume advertising post Unlock 0.1

The COVID-19 pandemic ended up impacting broadcasters’ advertising revenue badly, especially in April. Media reports pegged the drop in ad revenue at an approximate 75% for the industry. But in contrast with April, May had shown some positive signs of recovery.

“This has been aided by a host of factors, which include the gradual opening of the economy in green and orange zones has led advertisers to resume their overall spends to boost sales. Secondly, many brands, which significantly reduced their FCT spends in week 13 following lockdown, had lost their share of voice in the market and are now coming back with the fear of losing out on the competition,” Sehgal added.

He cited the example of Procter and Gamble that had reduced FCT spends by 75% post lockdown and has now returned to pre COVID levels of FCT burn.  There is a surge in interest from segments like automobile and seasonal players like beverages who wish to now make the most out of the recovery of demand post opening of lockdowns. Also, the client count over the last 8 weeks has remained steady around 1100-1200 clients and thus surge in FCT is a sign of revival in FCT spends by key advertisers.

Also, in the last two weeks, the top ten advertisers continued to remain consistent. These included Hindustan Unilever, Reckitt Benckiser, ITC Ltd, GSK, Amazon, Amul, P&G and others.  The week 20 TV witnessed new advertisers like Vivo, Cadbury, Kia Motors, Faasos, Bajaj, Sharp India, Hoichoi and Apple on board. Meanwhile, on the brand’s side, week 20 saw count up by 5% to 2106 number of brands as compared to 1977 in week 18.

“It is true that May has seen a substantial improvement as compared to April. However, at an overall level, the growth will be marginal at around 1-3%. To be honest, it is marginal because in May a lot of brands have significantly postponed their activity. But definitely, TV adex has increased. It has escalated by around 4-5 percent. Print and Radio have gone down to zero or negative growth. I firmly believe that June will be much better because of the relaxations in the restrictions.  Also, markets are opening so several brands will now start advertising,” said Mayank Bhatnagar, EVP, Carat India

Stating similar thoughts Mamatha Morvankar, Chief Investment Officer, OMG India said, “My assumption would be that April 2020 would be approximately 25-30% of April 2019, and May 2020 would probably be 40% versus May 2019. With markets reopening and industries starting up again, the adex for the coming months will see a gradual growth.”

“E-commerce, media and FMCG are the huge contributors for adex in the month of May. Within FMCG it is observed that personal hygiene, soap and laundry categories are the key players in terms of increasing their spends in May as compared to April. E-Commerce spends have dropped in May as compared to April. My assumption is that spends on TV, Print and Radio have dropped. But yes, my estimate is that they must have shifted their spends to digital. E-Commerce, Media & FMCG are still the biggest patrons to the total adex. Social advertising has also seen an increase in April and May. June will definitely be better as compared to April & May and will see a growth of 8-10 percent,” said Bhatnagar.

This week, PolicyBazaar.com, Clinic Plus, Dove, Pears, Wheel Active 2in1 and Godrej No 1 soap were the new entrants of week 21.  Karan Taurani, VP, Research Analyst (Media), Elara Capital, pointed out: “As some green zones go up in terms of Eco activity, we expect specifically verticals like BFSI, E-commerce, FMCG (primarily hygiene) and delivery-based segments to do well in ad wiring spends. The 80% decline, which happened in April, will slowly and steadily start converging every month on TV. The advertising has started to revive on TV. This is led by news genre primarily, which had seen sharp growth in viewership last month but couldn't capture on the ad growth last month due to bad conditions.”

“This lockdown has proved that TV and digital are going to be the key mediums for viewers and as well as for the advertisers for a long time. TV and Digital are the key mediums because from a media planning perspective, we are looking for options, which are safer and stable, to minimize the risk. And overall, these are the two mediums where the consumption has increased phenomenally in this lockdown. Radio, outdoor and print continue to suffer” Bhatnagar said.

In June, with shooting resuming, new content will arrive on GECs, which will lead to increased viewing for the genre. This will encourage top advertisers to further boost their spends on GECs. Also, supply chains across the country are getting restored and production is starting. This will lead to advertisers buying more regional genres in addition to mainline GECs, Movies and News.

Sehgal explained, “Most advertisers would want to take advantage of pent up demand from lockdown and thus will want to significantly increase spends in June and July. Our discussions with industry stakeholders and team estimates reveal that overall demand recovery will take place in the next 2-3 months i.e. by August and September. The festive season will see advertisers flocking to TV advertising. The FMCG sector will continue to maintain its dominance over TV advertising. The online services sector will gain an overall share in the advertising pie with many new players advertising on TV. Some sectors may be seeing reeling effects of COVID like Travel & Tourism and real estate, but these categories predominantly advertise on Print and thus TV will be largely unaffected.”

Since the production houses have got permission from the Maharashtra Government, GEC is expected to take its position back as it has always been the key driver for the revenue growth. Bhatnagar said, “From a growth point of view, the spends on Hindi GEC, Hindi movies & Hindi news, including regional channels, have seen an evident increase in terms of spends. In terms of growth, GEC is around 10-12 percent. As compared to April, news channels are more or less flat and continue to remain as it was in April. Hindi movie growth rate is very good in the range of 15-20 percent, which means Hindi movies have gone up. Speaking about the other regional channels TN GEC, Maharashtra GEC and Karnataka GEC are increasing in the range of 15-20 percent.”

As per the viewership data, News and movies have been the clear winners of COVID lockdown period due to the absence of new content in GEC and live sports tournaments. Another genre that gained viewership during this lockdown was kids genre.

Sehgal shared that in the last 1-2 weeks, there is also an increase in interest in FTA genres as advertisers try to gain share in rural/NCCS C and D groups. The rural economy is boosted by bumper Rabi crop and is expected to do well in the upcoming Kharif season in hopes of regular rainfall. Regional genres have also started picking up in the last 2-3 weeks with FCT demand having significantly recovered.”

Hema Malik, Chief Operating Officer, Lodestar UM said, “If we compare April’20 over April’19 and May’20 over May’19, the drop percentage remains the same, which is around 35-40%  television. In today’s time scenario is changing by the day. If you are comparing April over May’20, surely there is an increase 1-2% on TV. Lockdown 5.0 open ups almost everything which will impact on adex as well. Regional has been the big contributor, South will soon be getting fresh content as they have started shooting already. I am not saying that time spent on television will go up significantly because it was already high during the lockdown. It just now they will have more options and richer content and any advertiser who was holding on because there was nothing new TV, they are definitely coming back. Also now all the big broadcasters coming back on FTA will also boost the GRPs.”

Channels will have to air content of national importance from January 1: Report
8 minutes ago

Channels will have to air content of national importance from January 1: Report
8 minutes ago

What lies ahead for digital advertising in 2023
43 minutes ago

Lemma gets Reuben Lee as Director of Sales
51 minutes ago 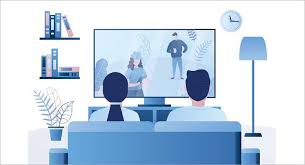 media-tv Channels will have to air content of national importance from January 1: Report
8 minutes ago

media-tv Hindi news channel Zee Hindustan to be shut down: Report
2 days ago