The I&B and Textiles Minister said the time has come to put laws, ethics and rules into place to balance the media industry

Union Minister for Information & Broadcasting and Textiles, Smriti Zubin Irani, yesterday said that time has come “to put laws, ethics and rules into place which will help in balancing the media industry so that one dominant player cannot rule the roost”. 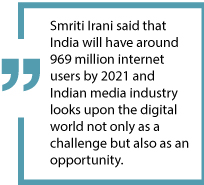 “How do we attract, retain and develop talent which frees good content from the trappings of revenue needs and brings about a balance in media institutions,” the Minister asked while inaugurating the 15th Asia Media Summit (AMS) 2018.

Irani further said that India will have around 969 million internet users by 2021 and Indian media industry looks upon the digital world not only as a challenge but also as an opportunity.

Giving a perspective of the expanding Indian media industry, Irani said, “India is the fastest growing advertising market expected to touch 10.59 billion US dollars by the end of 2018 and the mobile spend is estimated to grow to 1.55 billion US dollars in the year 2018. We have a vibrant media industry which has a direct established impact of Rs 1.35 lakh crore and indirect and induced benefits of Rs 4.5 lakh crore, with close to 4 million people associated with it.”

The Minster also expressed hope that the summit would throw up new ideas to look at pathways to strengthen media institutions for a better mankind.

This is the first time the 15th Asia Media Summit is being in held in India, and is hosted by the Ministry of Information and Broadcasting, Government of India, jointly with the Indian Institute of Mass Communication (IIMC), New Delhi and Broadcast Engineering Consultants India Limited (BECIL), from 10th to 12th May, 2018 in New Delhi. Over 220 foreign delegates representing 39 countries have participated.

Can the Bilateral Series bowl the advertisers over?
10 hours ago

Who are the fans of Hero ISL and what drives their incredible passion?
52 minutes ago

In new campaign, Bajaj Allianz emphasizes the need to help people struggling with anxiety
1 hour ago

Brands and celebs, how about sticking up for each other for a change?
10 hours ago 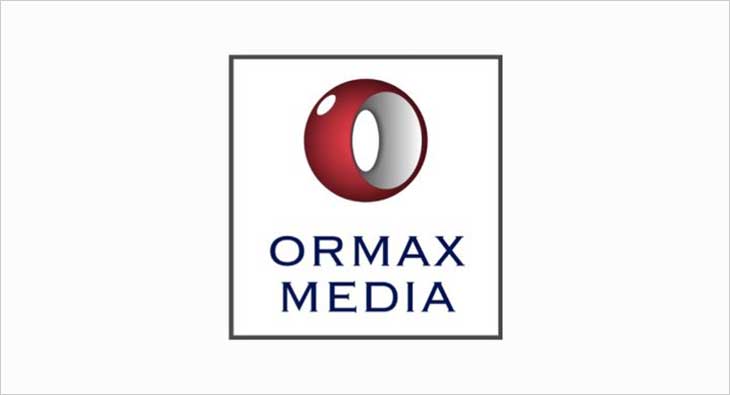 media-tv Can the Bilateral Series bowl the advertisers over?
10 hours ago