The Bhojpuri GEC, from the house of Zee, aims to give strong competition to Hindi GECs in Bihar & Jharkhand region

Talking about the insights behind the revamp, Amarpreet Singh Saini, Business Head – Big Ganga, says, “It is time we move on from dubbed shows to original Bhojpuri content. In the region, we have received high demand for original content, especially amongst genres like socio-mytho and comedy, which is also amongst the most consumed genres in the non-Bhojpuri content space as per the consumer research data. With the new offerings, our core audience will now be having their own Bhojpuri prime-time. We are going local with both, our content and marketing initiatives, to cater to our core audience’s needs.”

“While the Bhojpuri audience is ready to come on board as viewers of original content, we aim to give a tough fight to Hindi GECs in Bihar and Jharkhand by increasing the footprint of original Bhojpuri content through the platform,” added Saini.

As on the second week of February 2019, as per BARC data, Big Ganga has 37 per cent market share in the region and the channel’s target is to increase it significantly while eating into the share of Hindi GECs’ viewership in Bihar and Jharkhand.

Big Ganga already airs dubbed versions of popular shows from Zee TV like Santoshi Maa and Ganga and Naagvanshi from Zee Telegu. In addition to these, on weekdays, the prime-time will start with ‘Memsaab No 1’, the channel’s non-fiction reality show that provides a platform to housewives and has completed 8 seasons already. This is followed by two new Bhojpuri fiction shows launched in the second week of March for the region. The two new shows Divya Shakti and Bagal Wali Jaan Maarel are specifically designed to cater to devotional and comedy content affinity amongst the regional viewers.

In its attempt to deliver premium content for the region, the channel has brought on board the leading GEC producers Paritosh Painter of Ideas The Entertainment Company and Meenakshi Sagar of Sagar Pictures.  While Ideas Entertainment will produce romcom Bagal Wali Jaan Maareli, Sagar Productions will be producing Divya Shakti. 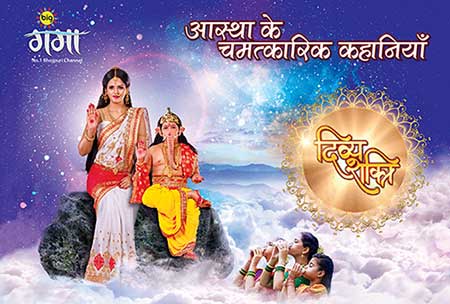 Two hours of original content has been added for weekend watching too. A weekend reality show called Raag Chunavi will be the channel’s offering for the election season. The show will feature the region’s stand-up comedians, comedy poets, mimicry artistes, who will take pot-shots at various election-related themes through a common man’s viewpoint.

“We have increased the duration of prime-time from 6pm to 10pm to 6pm to 12pm with the last show Naagvanshi going on air at 11pm. We have newer dubbed shows to like Sasural Wali Mai which is dubbed from Zee TV’s Meri Sasuma and Kaal Tika from a show on Zee TV with the same name,” said Saini.

The channel is also planning to introduce a kid’s band in the non-prime time. While a show called Tenali Rama has already been introduced, more kid’s property would be added to the morning band to cater to the upcoming holiday seasons.

While Bihar and Jharkhand are the core areas for Bhojpuri audience, according to Saini, the channel also has a sizeable foorprint in eastern UP, Mumbai, Delhi, Punjab and Madhya Pradesh.

If anything, this crisis has put the spotlight back on trust: Nikhil Rungta
22 hours ago

Print product in India is not going away for many more years: Sivakumar Sundaram
1 week ago

Are Indian newspapers heading towards a paywall model?
6 days ago

Why are brands taking to LinkedIn during the COVID-19 crisis?
6 days ago