Radio is the second most accessed media platform, with listeners tuning in five days a week, says a study conducted by market research firm Nielsen last month. The study, named Power of Radio, was commissioned by Radio City. The report states that mobile phone is the most used device to access the radio and the medium is driving maximum awareness for advertisements across categories. Radio also has the maximum reach.

exchange4media caught up with Abraham Thomas, CEO of Radio City, and L V Krishnan, CEO, TAM Media Research, to discuss the findings of the report and understand the power of radio and its credibility.

“We took Mumbai as ‘metro’ and Lucknow as ‘mini-metro’ and carried out the study across these two markets to understand how radio shapes up as a medium,” said Thomas.

Key takeaways from the report 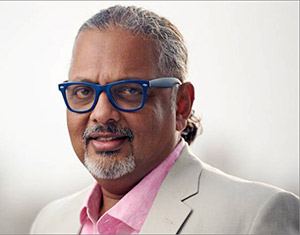 Abraham Thomas: The ‘Power of Radio’ is an initiative that we have been carrying out to evangelize the medium. Among all conventional broadcast media, radio clearly seems to be growing the fastest. Radio is actually coming into its own now. It is probably the only medium that seamlessly integrates with digital and on-ground, and therefore, it now has a different role compared to what it had earlier.

Radio used to be a mantelpiece medium in the beginning, but it has now reached mobile phones. It has now become more active and engaging. We thought we should validate all these factors. And so we got Nielsen to do a detailed study on the power of radio.

There are two parts of the presentation. One is about the power of the medium itself, where is it consumed and how is it consumed. The second part is about how it increases the reach of advertising.

Credibility of radio as an advertising medium 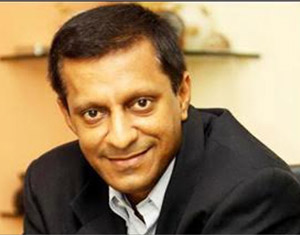 LV Krishnan: There are multiple ways in which one can use this medium for advertising – one is to use it through airtime, while the other way is the RJ promoting a brand. The trust that consumers have in RJs can lead to powerful communication. Radio provides a hyper local approach to advertising, something that print, TV or social media cannot. In radio, the content is localized, the talk is localized and it connects with the listeners. Hyper local advertising on radio will witness a huge growth in the next five years and this is where radio can capitalize.

Abraham Thomas: When we started private radio 15 years ago, it was common for advertisers to prefer us for audio ads over TV. Today, we receive 12 different creatives from one brand for different regions. So not just the language but even creatives differ from region to region. One of the reasons why radio is growing is because local advertising is growing.

LV Krishnan: Around 10 years ago, 75% of the ads on radio were national. Today, 55% is local. The only medium competing with radio in terms of localization is print. For example, Jagran alone has 250 hyper local editions in UP.

On air vs online

Abraham Thomas: There are intrinsic preferences when it comes to listening radio on air and on the internet. Listening radio on air has its own benefits: it is local, it is live, and it is through a trusted friend or companion in the form of a RJ who has earned the trust of listeners over the years. Online has its own strengths: you have the option of making your own playlist. But studies suggest that people prefer existing playlists such as 'Editor’s Picks'. So intrinsically the two mediums are different but they seamlessly integrate. RJs have now become influencers. Brands are increasingly going towards influencer marketing.
Ad spends

Abraham Thomas: Budgets allocated for radio is 4-5% of the total amount. This has scope for growth. With local and national ads increasing, we see growth in this sphere. And that is why we have been carrying out the ‘Power of Radio’ study across markets to popularise the medium.

LV Krishnan: I have a different perspective on radio ad budgets. Getting 4-5% share of the ad spends is not bad as long as you are growing faster than the average ad growth. There are only two mediums which are growing above the ad growth-- digital and radio. So, sooner or later, the share will grow. If you look at digital and TV, the number of networks in the market is humongous. In radio, though we have around 800 stations, there are only five networks-- AIR, City, Fever, Red, BIG.

‘BARC ratings are credible. Cross-media measurement to be rolled out next year’
17 hours ago