As per the latest TAM AdEx data, Print had the highest number of advertisers between October and November both in 2019 and 2020 compared to other traditional media

Be it the return of bulky editions of over 50 pages or the restoration of circulation in metros, there are several indicators suggesting recovery in print. While the annual business turnover might not match up to that of last fiscal, the festive season has sure bought cheer to the Indian print media.

Going by the AdEx data of the past months and the number of advertisers both national and local, it is evident that the vibrancy of print is back.

But does volume equal revenues? Mostly so, for some top publishers.

“While ad volumes and revenues have been climbing steadily month on month since April 20, the festive period reaffirmed the eminence of print, the clear choice of advertisers to drive confidence and consumption in the economy. Times Response, the sales and solutions team of The Times Group, stepped up the effort to boost consumer and advertiser confidence since August with consistent messaging. It was a good beginning to the festive period with multiple bumper issues across our key markets. Armed with advertiser confidence, improved circulation and great response to advertising, the festival looked promising”, says, Sivakumar Sundaram, chairman of the Executive Committee, The Times Group.

The festive spirit helped The Times Group clock numbers as good as last year. On Dhanteras TOI saw editions of 70-80 pages in some markets supported by more than 100 exclusive clients like Pine Labs, Swiggy, Asus and Croma. Key editions like Delhi, Bangalore and Hyderabad had 14-16 jackets with a total of 176 jackets across markets. “Local/regional business bounced back during the festive season to register 95% volume recovery compared to previous year,” he said.

Ad volumes have been steadily increasing across the Times Group publications. English ad volumes recovered above 75% in the last 30 days along with language publications like Navbharat Times, Maharashtra Times and Vijay Karnataka having a 90% volume recovery compared to last year

The strong momentum built up in the last 30 days was led by consumer-facing businesses like retail, e-commerce, auto, consumer durables and FMCG.

Also, according to Sivakumar, one significant development has been the resurgence of advertising in the real estate sector. “We are witnessing similar demand like last year for premium inventory in real estate. The advertising for the sector in the last one month has been higher for us when compared to the same period last year,” he said.

According to experts the loss of some advertisers were made up by new entrants. “Newspaper ads are driven mostly by four main categories that include automobiles, eCommerce players, mobile phone makers and real estate but this year we saw new entrants like ed-tech platforms who heavily advertised on print. The highest gainers in the festive season, however, was the regional media where circulation was never hit unlike the metros,” said Deepak Sharma, Managing Director, North-Starcom MediaVest Group.

Talking of regional markets, Harrish Bhatia President Sales and Marketing at D. B. Corp Ltd said, “This festive season has been a story of strong resurgence in print volumes especially in the Hindi speaking and Indian language markets. The retail business has almost reached normalcy level of last year's same period. The states of MP, Rajasthan, Gujarat, Maharashtra and Jharkhand have performed very well. They have registered either growth or close to the normal level of last year. The major categories which performed well were real estate, education, jewellery and FMCG, which has registered near to double-digit growth. Response category including obituary, has reached a normal level of last year. This means small business and newspaper pull has reached its last year levels.”

For Dainik Bhaskar too, real estate category grew by around double-digit in both city and satellite market.  “Our initiatives were aimed at providing quick response to our clients and hence we secured the maximum share of wallet. Our Strategy of opening real estate in satellite markets has done well for us again, satellites are less Covid affected and hence results were better than city,” he said.

The period is also seeing some recovery from the initial lockdown period for the brand and the trend is expected to continue till the end of the calendar year.

“This year, the March-April wedding season in our markets was disrupted due to the pandemic. This has resulted in a record number of weddings taking place now in November and December. This phenomenon is ensuring continued buoyancy for sales across categories. Brands are advertising more with us to generate Impact and Sales and utilize this excellent opportunity,” said Satyajit Sen Gupta, Chief Corporate Sales and Marketing Officer at DB Corp Ltd.

The most noticeable sector investing aggressively in print remained the automobile sector.  Print Medium was dominated by advertisers from auto sectors during festive seasons both this year and last.

Between October and November in the top 7 advertisers, 5 were automobile brands including Hero Motocorp, Honda Motorcycle and Scooter, TVS Motor Company and Maruti Suzuki India.

For Maruti Suzuki India approximately 40% of ad spends were invested in the print medium.

“Print ad expenses are tactical spends for the lower end of the funnel. We increased spends in the medium post the initial phase of the lockdown the moment we saw green shoots in the market. Our spend on print increased from Rs24 crore in April-June to Rs 80 crore in the July-September quarter and October figures also showed upward trends. We concentrated on print with more focus on sales and lead generation. Money spent on TV was for brand salience but it was smaller because we did not have new launches like our competitors,” said Shashank Srivastava, Executive Director (Marketing and sales), Maruti Suzuki India.

While automobiles led the show when it came to advertising on print other brands also increased spends in the medium. Haier India pushed their print spends by 50% compared to festive season last year. The reason behind the hike in budget was same as auto. “Our print campaigns were hard-hitting and exceptionally focused driven by generating returns and sales,” said Eric Braganza, President at Haier Appliances India Pvt. Ltd. 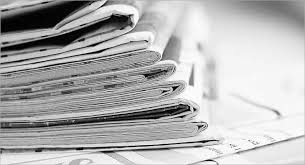