With the high-voltage elections in Bengal scheduled in a few months, the poll campaign is nearing a fever pitch. As the pandemic throws up new challenges in election campaigning, political parties are heavily relying on social media campaigns and using video conference tools to reach out to larger audiences in this year’s battle for Bengal. From Amit Shah addressing rallies via video link to Mamata Banerjee launching the “Mark Yourself Safe from BJP’ campaign, the election in Bengal is being fought primarily on the digital landscape.

“The parties are almost doubling their digital budget in Bengal because this time around it is a tough fight between BJP and TMC and both parties have gone all out on digital. While spends on Facebook are an all-time high through the official pages, there are umpteen allied pages through which the political parties, as well as individual candidates, are pushing their agenda,” said a digital expert working on the upcoming polls in the state.

Talking of Facebook spends. As per the latest data on Facebook Ad Library, between Jan 9 - Feb 7, 2021, West Bengal is the second-highest spender on the platform. Investments to the tune of Rs 6,066,723 have been made from the state on ads about social issues, elections, or politics.

According to Himanshu Arya, Founder and CEO, Grapes Digital, regional parties are spending a substantial amount of their advertising budget on online media to not only create a buzz but remain in the public eye with the help of the different forms of content.

“This time elections in Bengal will see a throat cut competition between BJP and Trinamool Congress. Since 2014, BJP has been using social media effectively to reach every corner. A similar strategy is being followed by Mamata Banerjee’s party. The Trinamool Congress has launched a digital campaign 'Mark Yourself safe from BJP'. Earlier TMC had launched the 'Didi Ke Bolo' campaign, a brainchild of Kishore, about a year ago. The party has even made an official Twitter handle for Banglar Gorbo Mamata for effective reach and particularly to woo the young generation, which also includes the new voters. In the case of Bengal, both Trinamool and BJP are heavily investing in social media to push their narratives,” he said.

“If we go by the last trends and figures, it would be right to anticipate that parties are keen on spending on digital media. This medium is seen as very powerful to formulate an attractive strategy to polarise the voters of other parties and join them. Mamata Banerjee recently appointed the famous election strategist Prashant Kishore to give a boost to her party’s social media strategy. This showcases the efforts, and willingness to use a specific medium to broaden the reach,” Arya added.

Interestingly, the top spender from the state on Facebook is a page called Banglar Gorbo Mamata by Indian Political Action Committee(IPAC) spending Rs. 917,993 in the last one month followed by Bharatiya Janata Party’s page Amar Poribar BJP Poribar spending Rs. 860,820 in the same period. There is also BJP’s other campaign page Aar Noi Annay spending Rs. 360,584 in the last one month and many others like Khotikarok Modi, Modi Para, Chup Chap Kamal Chaap, have spent substantial sums on the platform.

In fact in the last seven days only, among the highest spenders nationally on Facebook, the Banglar Gorbo Mamata page by Prashant Kishore’s IPAC alone spent Rs. 399791 on 27 ads.

“With India’s digital advertising industry standing at about Rs 15, 782 crore and 28% of overall Ad spends;  properties such as sports and elections are enabling an impetus to the audience for engaging more deeply,” Ankoor Dasguupta, National Head of Planning and Buying – Digital, DDB Mudra Group.

It is not just the digital budgets of political parties that have shown growth, the content being used to push political agenda or malign opponents has also been taken a level higher. As Dasguupta said, “The charisma and conversations surrounding West Bengal Chief Minister energizes the digital players to come up with a bunch of custom driven solutions along with powerful forums and narratives. The essence of elections is driven by engaging debates, conversations, which have the scope to amalgamate with powerfully crafted content that increases the topical scope, considering the ease of digital as a medium to exchange and express opinions.”

From 20 sec-30 sec short videos to special pages on various digital platforms, the content mix has only gotten more interesting in the state this poll season. It is, however, not just Facebook and Twitter where all the action is. “Smaller platforms with user-generated content is also being heavily used by parties and candidates to circulate content in the smallest of areas and is not just in the local language but also the local dialect. Social media makes targeting very easy and that is what the parties are doing by reaching out to every constituency with customized feed,” said another expert.

Our ability of impacting campaign beyond numbers translated into wins at IDMA: Vipul Kedia
13 hours ago

Can brand Lovlina Borgohain pack a punch?
13 hours ago 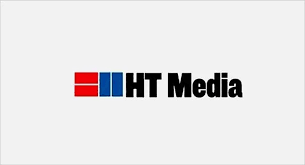