Buzz is, disgruntled print players may take MRUC to court

The Media Research User Council (MRUC) may have quietly wrapped up the Q1 survey for IRS 2014 and lifted the abeyance on 2013 data, the aggrieved publishers are not giving in that easily.

The revalidation has once again split the industry right down the middle, with one section deciding to move on, and the other, refusing to accept it. The 18 big-ticket publishers who had rejected IRS 2013 on grounds of inaccuracy included  BCCL, Dainik Bhaskar Group, ABP and The Hindu. Dainik Bhaskar and DNA even took matters to court. The English daily had stated in its January 29, 2014 edition, “DNA contests data presented by MRUC, there’s a clear mismatch between survey figures and our database. DNA has a robust subscription base and we have names, contact numbers, and addresses of most of our readers, who have opted for a paid subscription scheme. This also shows our loyal reader database, which is extremely stable we would, therefore, like to know the basis of the readings.”

exchange4media has learnt that this time too, some of the publishers who have not fared well in the 2013 Survey, are planning to go to court against the revalidation. After losing out on advertising revenue for more than a year due to the unavailability of the data, they are not willing to let the same data affect their business this year as well.

As far as the MRUC is concerned, it would be nothing new. In the past, regional newspapers have dragged it to court over controversial data. In fact in 2008, Oriya daily Pragativadi had filed a legal suit against  MRUC for reflecting incorrect circulation figures.

Revalidation wasn’t probably the best way to deal with the contentious issue of credibility, and it took a lot of time, newspapers and advertisers have been forced to continue with the numbers.

The publishers we spoke to have also indicated that they are increasingly looking at ABC as a viable, less contentious and more accurate measure of circulation data. 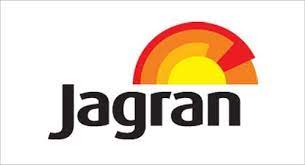