The Indian Media & Entertainment (M&E) sector has huge headroom for growth, as its GDP contribution is merely 1% at this point. However, the sector needs fresh investments in technology and content to take it to the next level. The government must help the industry attract more investments through light-touch regulation and positive policy incentives.

These remarks were made by K Madhavan, Country Manager & President, The Walt Disney Company India and Star India, and Chairman, CII National Committee on Media & Entertainment at the 2nd edition of CII SummitFX 2021 – Global AVGC Summit.

"Across the developed markets, Media & Entertainment contributes around 3% of a country’s GDP.  In India, however, we are only around 1% of the GDP, and thus have a lot of headroom to grow. This contribution does not include the indirect impact on allied industries, and the intangible soft power that results from having a globally recognized media industry. Growing the industry will require investment in technology and skilling as well as continuous investment in content. It will also require the support of the government through light-touch regulation and positive policy incentives," he noted.

He also pointed out that video streaming platforms have witnessed exponential growth in the last one and a half years. While the digital video subscriber base doubled to 55-60 million in 2020, there was no drop in the television audience. In fact, TV viewership also reached a stratospheric level during the same period.

"Digital video witnessed an exponential rise in consumption in 2020. Over 55-60 million Indians subscribed to video-on-demand services, more than doubling from the 23 Million in 2019. This momentum is expected to continue, reaching 89 million subscribers by the end of 2021. Unlike western markets, this rise in digital subscription was not accompanied by a corresponding drop in the television audience. In fact, television viewership has also continued to increase, with growth especially seen in many regional languages," Madhavan said.

He noted that the Indian media industry is at a very encouraging point as the pandemic inspired the sector to adapt and accelerated the transformation that the Media & Entertainment industry was going through. "There have been changes in the consumption habits of the audience; changes in the ways our content is created; as well as new and evolved methods of distribution and revenue generation."

Madhavan noted that the M&E industry revenues are on track to reach $30 Billion in 2023 from around $19 Billion in 2020. "Last year, we had shared a goal for the industry – to reach $100 Billion by the end of the decade. This goal is an ambitious one – but not impossible. Through the work of industry bodies like CII, we are committed to realizing the true potential of the creative economy in India."

AVGC, he said, remains one of the segments of the industry with the highest potential to grow. "I am told that the total global market size of AVGC sector is close to $260 Billion, whereas our share is under 1% which comes to $2.1 Billion.  By all probability, we should aim for a 5% global share with an annualised growth rate of 25-30%."

He further stated that gaming and eSports is another sector that has made massive strides. At $160 billion, the global gaming industry is larger than the music and film industry. "Last year, the number of online gamers in India reached 360 Million. Viewership of eSports has also doubled to 17 Million. The emerging eSports landscape is projected to grow at a massive 36% CAGR over the next few years, and can power an entire ecosystem of game designers, coders, players, marketers, and viewers. The industry is still in its infancy and needs be given the freedom to grow without conflicting and ambiguous regulation."

Madhavan said that the AVGC sector has the potential to be another global success story for India. "It can transform the country the same way that the IT revolution did. The question here is how fast we can convert India as a global AVGC hub. The growth potential is huge and AVGC sector can play a major role in achieving the Media & Entertainment target of $100 Billion by 2030." 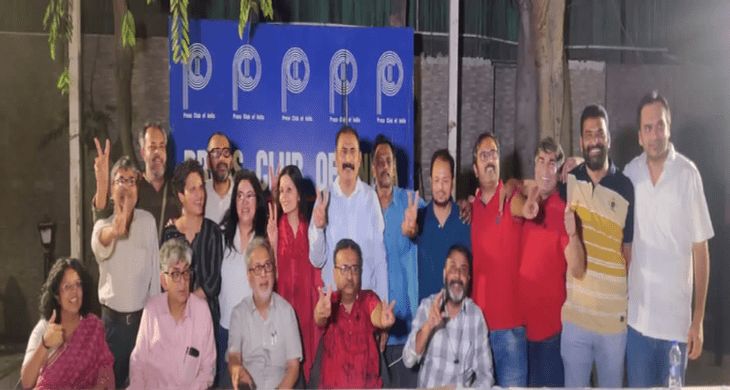