Entrepreneurs interpret the ‘The Power of Dreams’

In the second edition of the Young Turks Conclave, organised by CNBC-TV18, prominent entrepreneurs of India opened up on how they achieved their aims in life with the &lsquo;power of dreams&rsquo;. These included Kiran Majumdar Shaw, R Balki, Aditya Ghosh, Ajay Jadeja and Rajeev Samant...

In the second edition of the Young Turks Conclave, organised by CNBC-TV18, prominent entrepreneurs of India opened up on how they achieved their aims in life with the ‘power of dreams’.

The conclave witnessed some of the most prominent entrepreneurs of the country, including Kiran Majumdar Shaw, R Balki, Aditya Ghosh, Ajay Jadeja and Rajeev Samant. The conference was moderated by Shereen Bhan, Executive Editor, CNBC TV18.

I started my company with just Rs 10,000 - Kiran Majumdar Shaw
The Chairman and Managing Director of Biocon, Shaw, recalled that how in 1978 she had to give up her dream of becoming a Brew Master. She said, “I am an accidental entrepreneur. I never planned to be an entrepreneur. I wanted to be a brew master but I failed to become one. I think my gender also came in the way towards achieving that aim.”

According to her, entrepreneurship is about succeeding without giving up. In 1978, she started her company with Rs 10,000 in a garage. As biotechnology business was a new field at that point of time, banks were reluctant to lend her money. “Even, people were reluctant to join me. But, I was determinant to build the business with deep sense of purpose,” she stated.

She recounted that at that time, how ‘Made in India’ label used to be considered as cheap and poor. “I wanted to change that mind set of the people.”

She believed that dreams are about believing in it so passionately that you somehow get it. She said, “To me, entrepreneurship is about exploring, experimenting and evolving. It is about being different with differentiation.”

Shaw advised to the budding entrepreneurs that reinventing the business is important part – in her case it was a shift from enzyme to biopharmaceutical business. “However, innovation is biggest differentiator. It helps you to lead than to follow,” she stated.

It is a quest for excellence - Aditya Ghosh
The President at Indigo Airlines, Ghosh, narrated that how almost six years ago they dreamt about low fair, good quality air lines and ordered 100 plans. However, in 2005, India was under-penetrated market in terms of airlines. “For many, low fair airlines mean low quality, but we did not want that. We wanted to constantly be on cutting edge on quality,” said Ghosh.

At Indigo, Ghosh and team decided to work on a different model. They pointed out three major focus points – Flight on time, hassle free journey and low price. “It worked out very well, however, it is not enough to be competitive,” he said.

We become India’s premiere wine brand - Rajeev Samant
The Founder & CEO of Sula Vineyards (an Indian wine company), Samant, explained that how he got into the wine business. When he started this business, he knew nothing about the wines. Once, while visiting Nasik which is a great producer of grapes, he suddenly clicked an idea of wine production. “I fought with bureaucrats for initial three years to get the license for wine production,” said he. Sula is India’s premiere wine producer now and sells 5.5 billion of bottles. “My dream has become a dream of thousands people over a period of time now,” said Samant.

Sebamed can continue claiming their soap is superior to HUL’s, rules Bombay HC
8 hours ago

Rishabh Pant: The soon-to-be blue-eyed boy of the brand world
7 hours ago 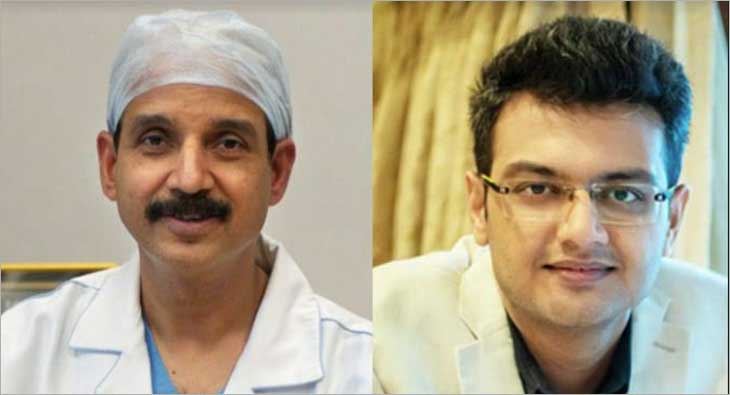 media-others Will 2021 be the year of cinema entertainment?
2 days ago

media-others Will brand Hrithik work its magic for 'Fighter' promotions?
6 days ago