What innovations will COVID-19 bring to sport?

Guest Column: Sportz Interactive, which deals with sports data and fan engagement, believes there is a pressing need to re-establish the equilibrium between sports and fans

As the world goes through a churn, sport too is re-emerging from having been down and out. In a way, live sport holds the promise to be that unifying force that pieces together the world that’s nearly forgotten what ‘normal’ feels like. But for that, it will need a fresh vision, ruthless innovation and a lens of sustainability.

With the COVID-19 pandemic having shaken the fundamentals of many sports, there is a pressing need to re-establish the equilibrium between sports and fans. Here’s how the who’s who in leagues, federations or associations have tried to reclaim lost ground and woo that lost fan.

The Digital Shift For Fan Engagement
The pandemic witnessed leagues around the world upping their digital game or rediscovering it with more inclusive and interactive content, courtesy players and fan participation. Non-live content, interviews, UGC content and archival footage-led storytelling gained prominence as teams and leagues engaged fans for a more personal connection in the absence of live sport.
For instance, FC Barcelona conducted social media polls asking fans what content they would like to revisit. FCB’s #CulersAtHome series, Real Madrid’s #FansEnCasa, and Manchester City’s #CityShowAndTell were some exemplary efforts that gratified fans.

‘Fan Challenges’ became the new norm as sporting entities encouraged fans to showcase their skills at the game, case in point being the ‘Jr. NBA at Home’ Challenge, the Real Madrid Cap Sock Challenge, and the Four Rings Challenge with Audi.

Candid Q&A sessions between players and fans were held by the NBA that bypassed the traditional way of just players calling their colleagues.

At Sportz Interactive, we have developed the ‘Pinch Hitterz Quiz’, a video offering that allows multiple players to join in from different locations around the globe and incorporates a buzzer system. Right answers are rewarded with ‘runs’ and every wrong answer results in a ‘wicket’ while taking on an exhaustive bank of questions across categories.

Next in line is ‘Watch Along’, a concept that allows the streaming of any timeless match and can have multiple people join in and discuss the match together. The look-and-feel of a real-time match with commentators, graphics and live polls on a user-friendly interface makes it one of a kind. The guests could even be former players.

With ‘What If’, we recreated historic moments in sports in the form of an animated video. It could be a moment, the whole match or even a tournament itself.

The Emergence Of 'Virtual Stadiums'
Manchester United’s activation with Google, The Front Row, will forever be a benchmark for fan engagement. The esteemed club got its fans from all over the world to be virtually present in the stadium through a Google Hangouts call shown on the advertising boards on the sidelines. A priceless experience came alive thanks to virtual stadiums.

German and Japanese leagues innovated through a virtual fan gathering in the stadium with cheering or booing controlled by fans sitting at home.

Usually a fan-filled and a starry affair, the NFL Draft going virtual for the first time ever was privy to the emergence of a new genre of sporting experience altogether. In addition, the potential of Augmented Reality (AR) and Artificial Intelligence (AI) has opened opportunities for virtual fan engagement, and they will be the coolest things in the years to come.

SI has launched a new ‘Digital Stadium’ product to bring fans closer to the action, with a central hub for fans to follow, engage and interact with their sporting heroes through audio, video and gaming experiences.

Accelerated Growth In Mobile Gaming & e-Sports
Let’s be honest - for the most part of their existence so far, mobile gaming and eSports were spoken of in much hushed tones as compared to their bigger, richer, and extravagant outdoor counterparts. However, they are now being viewed from the same lens as that of real sports.

eSports has become the toast of the sporting world with the NBA, MotoGP and Premier League teams joining the bandwagon. There have been virtual simulations and other forms of sports substitutes to satiate fandom too.

NBA became the first league to make eSports a primetime property with a LIVE telecast of NBA2K games between players on ESPN during the time the matches were scheduled to be played. MotoGP followed suit with a similar exercise on FOX Sports where the drivers competed.

Real Madrid took fan engagement priorities to the next level by building a fan base on Twitch. Betway roped in international cricketers like Jofra Archer, Kieron Pollard and Tymal Mills to compete online playing Cricket19 for the ‘Betway Challenge’. There has also been an emergence of a number of mobile games, ranging from throwback cricket games to newer ones like Lockdown Cricket.

Business Model Innovations
The paradigm shifts in sport have already begun. Brands and leagues are going to approach sport differently and in ways that have never been envisioned before. Leagues will cite eSports and fan engagement as mandatory inclusions going beyond LIVE games on television or OTT platforms. Add to that, non-LIVE content such as documentaries will garner more eyeballs. Moving on from just the in-stadia experience and social media interaction, the difference between the real and virtual experiences will be dissected.

Sport Will Come Back Stronger Than Ever
The word ‘glory’ is often associated with sport and the near future is exactly the time for it to return gloriously in our maddening and fast-paced lives. Everyone associated with this industry is going to transform, transition and evolve on a consistent basis, right from a team owner to a casual viewer.

Players and teams are well on course to find a more sustainable approach that is going to revolutionise the fan experience as the world gets ready to embrace the “new normal”.
In sport, as in life, there is no better sight than that of a comeback and we are hopeful that the current scenario will pave the way to embracing change and innovation without dropping the excitement that we are accustomed to. 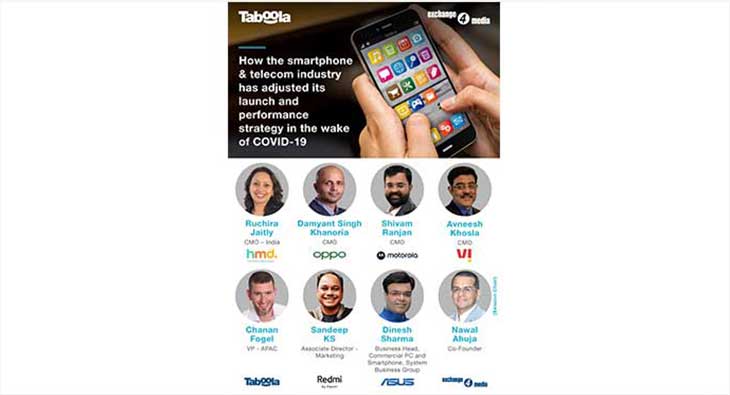