Sony Pictures Networks India (SPN) is sponsoring the 2nd edition of the National Inclusion Cup (NIC), which is the only national football tournament of its kind for underprivileged youth.

Sony Pictures Networks India (SPN) is proud to be sponsoring the 2nd edition of the National Inclusion Cup (NIC), which is the only national football tournament of its kind for underprivileged youth. The NIC is being held from 20th-23rd Feb’18 at Tiger Play, Lokhandwala, Mumbai and is organised in partnership with the NGO, Krida Vikas Sanstha (Slum Soccer).

The first edition of the NIC in Feb 2017, saw participation of 40 teams (24 men and 16 women) from different states of India and a team from Nepal. The best performing players from the NIC were selected to represent India in the Homeless World Cup 2017, in Oslo, Norway. A portable pitch along with sidings was also imported from Scotland through SPN support to help them practice for the Homeless World Cup. Team India had their best performance ever in the tournament as the Indian women’s team ranked 7th and men’s team stood at 18th.

This year the number of teams have increased from 40 teams last year to 50 teams including two teams from Nepal, covering close to 500 youth. There are 8 new states added to the tournament and representation from the North East has increased. With the aim of having equal representation of women, the second edition of NIC has successfully achieved an increase in the number of women’s team from 16 to 25. Several Youth leaders (about 12-14) who underwent another SPN supported ‘Game Changers’ program for building community leaders, are either leading some state teams or actively involved in bringing the teams together. This year the tournament is being played on two pitches in parallel, as compared to one last year.

Empowering India’s youth through sports is a key focus for SPN as it aims to influence the sports narrative in India through its on air and off air initiatives. Through its partnership with Slum Soccer, SPN aims to be a cornerstone of support in helping shape the lives of underprivileged youth through football. With SPN’s constant support, the Slum Soccer team has been able to encourage participation, increase reach and provide top notch training to the participants.

SPN is committed to co-creating India’s social development agenda through its focus on education, empowerment and environment. The objective of SPNs social impact initiatives is to promote the spirit of ‘Ek India Happy Wala’.

Speaking about the initiative, Smriti Krishna Singh, CHRO, Sony Pictures Networks India (SPN) said, “We are pleased to be providing India’s youth from less-privileged backgrounds the opportunity to improve their lives via. football and other community leadership programs. The increase in reach of the NIC and the infectious energy of nearly 500 youth from all over India is indication that we are on the right path. We aim to continue providing them access to equal opportunities and hope to harness their energy so that they can build a better tomorrow.”

Vijay Barse, Founder, Slum Soccer added, “It is such a proud moment for every one of us at Slum Soccer that this event is growing in size and stature with every passing year. Our mission is to spread our wings as much as possible and engage with as many youth as possible through the National Inclusion Cup. We thank Sony Pictures Networks and all our partners in giving wings to our vision and look forward to their continued support.” 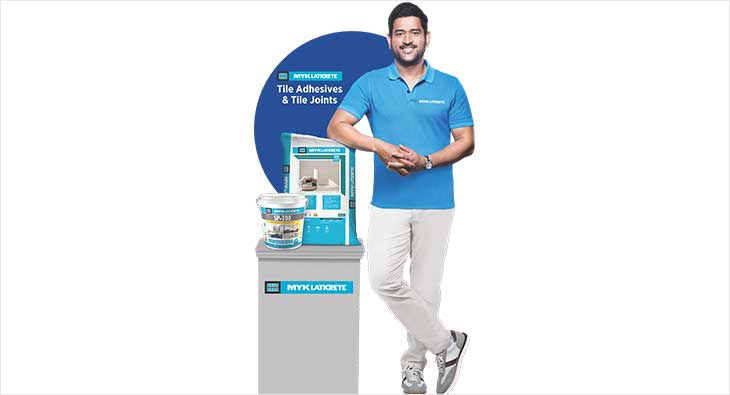 marketing Influencer marketing industry to grow at CAGR of 25% for next 5 years: e4m-INCA report
5 hours ago

marketing We are building a brand ambassador in the customer: Satish NS
6 hours ago