The meteoric rise of Brand Kejriwal

From being a common man to the Chief Minister of Delhi, Arvind Kejriwal’s political journey is nothing short of spectacular. The stellar performance of the Aam Aadmi Party in the Delhi Assembly Election proves that Kejriwal is a force to be reckoned with in Indian politics. Interestingly, the common-man-turned-mass leader will be taking oath as Delhi CM for the third consecutive time.

Today, Kejriwal has become a brand in himself. As he is set to rule the national capital again, we decode how he cemented his brand identity that resonates with the people.

The clear mandate given by the people of Delhi shows that they have accepted Kejriwal open-heartedly. He belongs to the rare breed of politicians with whom the common Delhiite could easily connect. The IRS turned to CM, while serving his second term as the CM of Delhi, become an agent of political disruptions in the capital. He had also based his campaigns on the plank of “Kaam ki Rajneeti,” as he delivered on many of his electoral promises like free electricity and water, the safety of women and improved education.

But good governance aside, experts believe that his active involvement on social media and snackable content has helped him to establish himself as a brand. With 25 million followers on social media, the Delhi CM has garnered a substantial number of fans in just eight years of his political career.

Every Indian Politician is actively involved in social media, and so is Kejriwal. However, when it comes to Brand Kejriwal, more than the active involvement, it was the content that AAP choose to promote that helped him cement himself as a brand in Indian Politics, believes Subrat Kar, Co-Founder & CEO, Vidooly.

According to Kar, the AAP team beautifully curated the “Lage Raho Kejriwal” theme song that resonated well with the audience and the communication was to the point.

How exactly did the strong and impactful campaign of AAP during Delhi Assembly Election help Kejriwal as an individual? "The strategy applied by AAP had great sync, which was visible in their communication regarding their agenda and the content they shared on social media. Overall this ensured positive audience sentiment in comparison to their competitors," answered Kar.

He thinks that AAP’s video marketing, meme marketing and the production of snackable content ensured better engagement with the Delhi audience.

Kar believes that the strategy of talking only about his work and development of Delhi helped Kejriwal boost his brand identity and clinched the Delhi win.

"Kejriwal positioned himself as an agent of disruption - the new-age politician," said Anup Sharma. An educated IIT professional, an activist and the doer who can also talk, Kejriwal has become synonymous with the Khadi cap, which he brought back in trend.

Sharma feels that he perfectly positioned himself like the middle-class citizen to create a better connection with the common man of Delhi. From his chappals to his muffler and sweater to his blue Maruti car, it was the little details that worked towards building Brand Kejriwal.

According to Sharma, Kejriwal gradually brought out his more aggressive side, becoming a protestor with a single agenda of development for the common man. He modified the Roti, Kapda Aur Makaan slogan to Education, Electricity, Wi-Fi to suit modern-day needs.

He surely knew how to keep himself in lime-light whether by criticising the central government for being a hindrance or showcasing his work through mass media publicity. By surrounding himself with a team of new age professionals who worked behind the scenes, he ensured to be known for honesty, approachable, progressive.

According to Harish Bijoor, Brand-strategy specialist & Founder, Harish Bijoor Consults Inc., Arvind Kejriwal is a brand-endorser and brand-mascot, all packaged into one for the AAP.

Summing up what makes Kejriwal different from his rivals, Bijoor said, "More than anything, Aam Aadmi Party did some great work in the last five years in the society and the party was successful to communicate each of its strategy with the citizens. Kejriwal is a leader with a strong focus on brand building by connecting with the common man,” concluded Bijoor.

Hyundai Motor India reimagines an India of tomorrow
54 minutes ago

Cord-cutting in India: Lot of hype, little in reality
2 hours ago

Hyundai Motor India reimagines an India of tomorrow
54 minutes ago 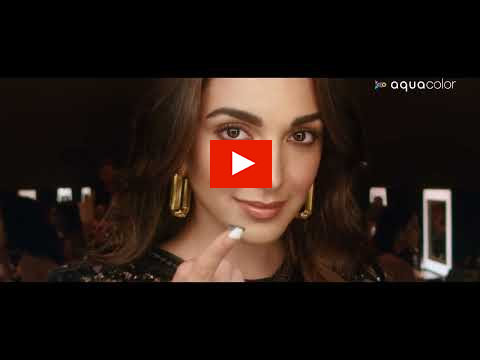 marketing Cord-cutting in India: Lot of hype, little in reality
2 hours ago

marketing In 2-3 years, our AdEx won’t be over 2% of our budget: Spinny CEO
5 hours ago