Guest Column: Mehraj Dube, Head of Marketing, ABP News, takes us through six brands which have become part of the larger story of brand London

It can handle nearly one and a half crore tourists every year and London doesn't look tired of it at all. Not losing its calm, if more tourists (read cricket fans) are reaching this year. It's rather prepared to host ICC World Cup's final match with poise. For a city that has people speaking 300+ languages, London looks very comfortable with its self. In my two visits here 12 years apart, the city's character looked absolutely intact and seemed wanting to remain more of the same - unaffected by the momentary influence that brands and billboards generate. Brands, big and small, European and not so European, don't stop working on you though jostling for space. They have just become part of the larger story of brand London. Here a list of a few unusual ones that caught my eye and why: 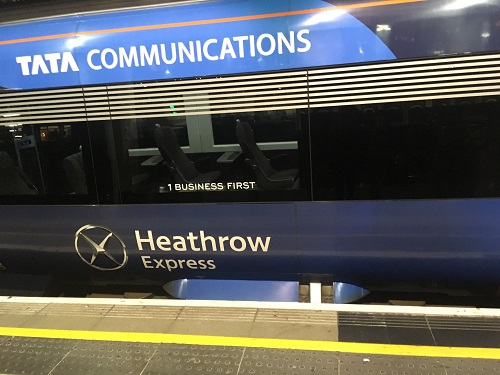 All coaches of The Heathrow Express - fast line from Heathrow to Paddington have been wrapped up by this little known Indian brand saying 24% of global Internet goes via their waves. Any Indian arriving in London will notice it with as much distance as anyone from anywhere.

We rarely associate England with Indian IT brands and hardly have an idea on the sizable presence of two Indian behemoths Infosys and TCS. TATA Communications though will never cross your mind. In its own understated way, TATA’s communication arm screams its presence all along the tube route claiming its global presence.

"We are much more expensive and much more knowledgeable," says my taxi driver. "We have been around for nearly 100 years, started with horses..." Blaming the ''neoliberals" for free markets he was replying to my question on Uber and if it is cheaper than the traditional London Taxi Company. "More than 13 rapes and crimes reported in that taxi and no such thing in my kind of taxis", he said comparing the crime reported on Uber cars run by immigrants.

For my taxi driver, speaking on the politics of Westminster and economics of Silicon Valley comes as easily as any by-lanes in downtown London. Having driven for 3 decades across the greater London he was now facing disruption caused by Uber, calling its valuation fake and terming drivers as criminals. "These guys sell you at a discount, they ain't making profits, they never have and yet they are listing in the US for a billion dollar valuation" he would complain. "The world is going to thieves," calling the Uber-taxi valuations at Silicon Valley as unimaginable while wondering how could they beat his price on-road.

What you can't forget is that TX4 is a purpose-built taxi and for several years now, through its journey with ABS and App based calling, one thing has been left unchanged i.e. the distinct shape of the car. It gives instant recognition of the brand in its users' minds. the cab is referred to as the world's best cab system and adds to the city's character. If you haven't taken one 'Black Cab' in London you haven't been there.

The current cab TX4 from LTC has been a popular face of the taxi in 40 countries but could not win a lawsuit recently in a UK court to protect its distinctive shape that is now being 'copied' by one electric vehicle maker Frazer-Nash and Ecotive. 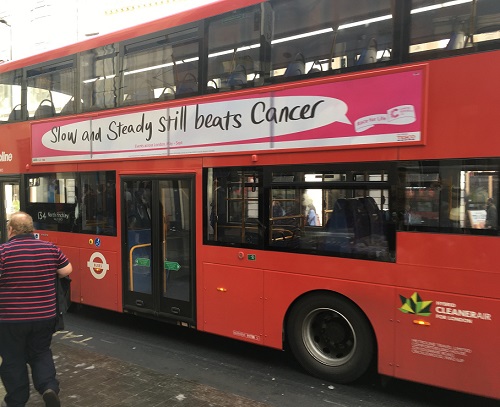 London means business and business about fast life, TESCO creatives though aptly remind you about the importance of slowing down. Slowing down for life is also about healthy winning. An anticancer drive that's supported by TESCO is getting good attention. "SLOW AND STEADY STILL BEATS CANCER," says a TESCO slogan on top of a London double-decker. EVERYONE WINS THIS RACE EXCEPT CANCER, highlights the lifestyle-related reasons behind cancer that scientists have identified.

A consumer brand like TESCO is found in every neighborhood in London and is also very popular among long-stay travelers to London. The brand became popular among working households for its faster home delivery model that is now a part of B Schools curriculum but it caught my eye this time for its anti-cancer drive. It has a branding lesson - when you can't glorify or emotionally connect with your daily consumers, touch his heart by saying the unsaid.

They have been selling insurance for more than 330 years and that's why when Lloyd's of London is shifting part of its sales online, its a big news in the financial circles in London.

Have you heard of a bank in India that is not online? Perhaps not! And does a bank selling insurance grabs the headline in your newspaper? Definitely not! However, it’s different for Lloyd's. The centuries-old insurance giant had recently got a chief executive and has been making headlines since then.

Marks and Spencer London is in news for a wrong reason. Their food business is facing a tax suit for gifting its consumers some red wine free along with its elegantly packed wholesome meals. Bundling freebies to increase sales and sampling has been marketing trick of all seasons and M&S Food did exactly that for their wholesome meals packed in style. However, they also sold these packs with some free wine targeting high-end professionals. The tax department of UK is upset with them for not paying taxes when they packed free wine with food. 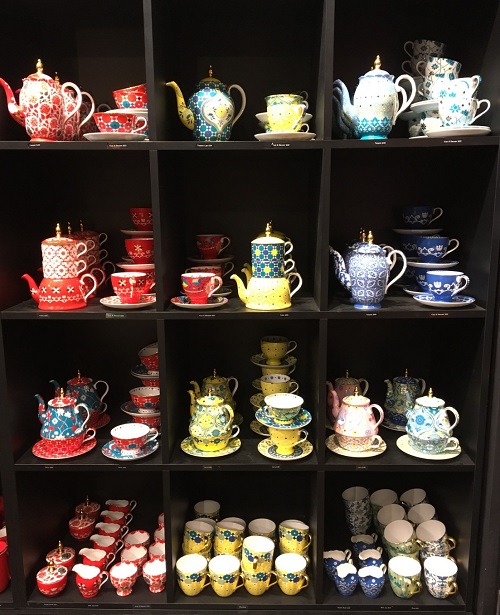 Off Regent St, I entered a tea shop almost accidentally as rains were spoiling the walk and actually walked back with some expensive tea. How tea was indeed marketed by British merchants across the world was a lesson re-learnt at this shop. You can smell, feel and taste the hundreds of varieties of black, green and white teas.

(The author, Mehraj Dube is the Head of Marketing at ABP News)