The mega-auction of the Indian Premier League's 11th edition is scheduled to be hosted in Bengaluru on January 27 and 28. Building up on the same, this is the third part of an IPL series around discussing brand associations and the value of each team.

The combination of Bollywood and cricket has worked wonders for the Kolkata Knight Rider’s brand value.The two-time IPL champion team owned by Bollywood actor Shah Rukh Khan, actress Juhi Chawla and her husband Jay Mehta, has been valued at USD 99 million in 2017 as against USD 77 million in 2016 according to American Appraisal India and Duff & Phelps. It’s the second highest among the IPL franchises.
“KKR is perceived to be a premium brand primarily due to its association with Shahrukh Khan, marquee players present in the team, team’s consistent performance over the years and the support it enjoys in cricket-crazy Bengal (Eden Gardens brings an aura of its own due to its rich legacy),” says Santosh N, Duff & Phelps Managing Director.
As a brand, KKR has been able to cash in on Khan and consistently received several exclusive brand contracts from various advertisers, which helped it to cement its position. Khan’s personal brand equity and connections were instrumental in establishing a network of local and national sponsorship. The fact that the franchise has established an effective merchandising strategy also helped. When it comes to both revenues and cricket, the franchise has been a consistent performer, reportedly earning higher sponsorship revenue ranging between Rs 40-45 crore. In FY17, KKR posted about a two-fold jump in its profit to Rs 19.7 crore. Its revenue increased 23.7 per cent to Rs 154.2 crore which made it the most profitable team according to media reports.

Now the brand perception and value is susceptible to change given the team’s decision at the IPL Retention 2018 event to not retain captain Gautam Gambhir who led it to two titles in 2012 and 2014. Instead it has retained West Indies spinner Sunil Narine and all-rounder Andre Russell. Under him, KKR, (which struggled in the first three editions with former Indian captain Sourav Ganguly and Brendon McCullum as captains) emerged as one of the most consistent teams, reaching play-offs stages five times in seven years.

Jagdeep Kapoor, MD, Samsika Marketing Consultants, is confident that the valuation from here is only set to go up, “IPL’s valuation has gone up and will continue to go up. When the valuation of the mother brand goes up, the sub-brands, in this case, each team’s value will also increase and so will the players’. In KKR’s scenario, its brand ambassador Khan is the pull factor. Performance is another key element that will drive the valuation.”

On social media also the team has over 15 million likes on Facebook, 3.58 million followers on Twitter and 417k followers on Instagram.
We take a look at the confirmed sponsors and partners who are on board with Kolkata Knight Riders:

Gionee
Chinese smartphone manufacturer Gionee has been the principal sponsor of the two time IPL winners, Kolkata Knight Riders since 2015. Being the jersey sponsor, it announced in 2016 that it would spend over Rs 150 crore that year for its new brand identity and a wide range of handsets.

Lux Cozi
Lux Cozi, has been one of the official sponsors for two-time IPL champions Kolkata Knight Riders since 2017. Last year it was also the only merchandising partner of IPL and KKR claims to be the only team to have a merchandised partner.

Exide
Another sponsor Exide's logo can be seen on the sleeve of the official jerseys.

Greenply
Greenply came on board as the principle sponsor last year with the aim to expand their customer base by reaching out to KKR fan base.

Jio Digital Life, Colors Bangla, Khadim’s and LG Oled TV are the other sponsors as mentioned on its official site.

5G launched: Govt promises 100 5G labs to be set up across India
4 hours ago 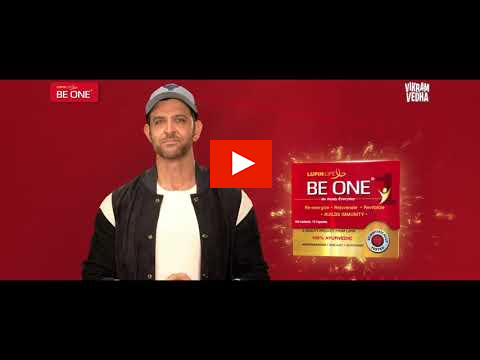